In the sleepy town of Hawkins, Indiana - nothing is normal.

Sequels are a tough business - especially if the first outing was a phenomenal hit. Not only do you have to meet audience expectations, you have to expand on the known universe, introduce new characters while also putting your favorite characters onto a path of a grand adventure that's worth following. Stranger Things from The Duffer Brothers was one such phenom. Coming out of nowhere as a creepy, thrilling nostalgic nod to the 1980s, it quickly became one of Netflix's most successful shows. A second season was a foregone conclusion. Stranger Things 2 manages to do what every good sequel should do without falling into too many plot pitfalls that normally drown most followup endeavors.

The town of Hawkins, Indiana has spent the last year moving on from the crazy events surrounding the mysterious disappearance, supposed death, and the return of young Will Byers (Noah Schnapp) and the vanishing of Barbara Holland (Shannon Purser). The town just wants to go back to normal. Normal for Mike (Finn Wolfhard), Lucas (Caleb McLaughlin), and Dustin (Gaten Matarazzo) means hitting the arcade with Will and dominating the high scores on their favorite games - but a new girl in town named Max (Sadie Sink) threatens their dominance as well as Dustin and Lucas's friendship while Will aches for any sign of Eleven (Millie Bobby Brown) after her disappearance into the Upside Down.

Joyce (Winona Ryder), happy with Will safe and sound and being treated for his nightmares by Dr. Owens (Paul Reiser) has found the time for romance with the town's RadioShack manager Bob Newby (Sean Astin). Meanwhile, Chief Hopper (David Harbour) works to quell petty mysteries about rotting pumpkins and keep the peace between the Hawkins Lab and his town and ward off the arrival of the Murray Bauman (Brett Gelman) conspiracy theory nut private investigator. Nancy (Natalia Dyer) and Steve (Joe Keery) work at their high school romance while Jonathan (Charlie Heaton) continues to watch from the sidelines. Everything is back to normal… or so it would seem. In the town of Hawkins, Indiana - nothing stays normal for long. 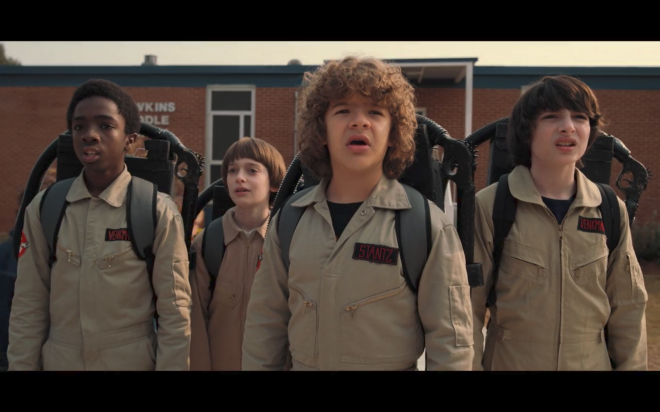 The worst part about trying to do coverage for a television series like Stranger Things and Stranger Things 2 is not being able to give story details without tying in some major spoilers. I loathe spoilers with every ounce of my being. So to that end, for this write-up, you're just going to have to forgive me my little peccadillos towards giving anything away. If you want more details more in-depth analysis - take a look at our video:

For those of you who want to pick through each chapter at your own pace, allow me to say that I enjoyed this season a lot. I won't go so far as to say that it was better than the first season, but it was almost just as good. In our video I said I give Stranger Things 2 3.5/5 where Stranger Things earns a solid 4/5. Perhaps it was high expectations and excitement, but it just didn't quite live up to the first season for me. Still damn good though, don't get me wrong. There was a lot I liked about this season, Paul Riser's Dr. Owens was a bright spot, the dynamic between the four principal young boys Mike, Lucas, Will, and Dustin is great. I enjoyed the inclusion of Max while I especially loved Hopper's journey. Again, I won't give spoilers away, but Hopper and his relationship with various characters (one, in particular, I won't name) really steal the show's emotional core. 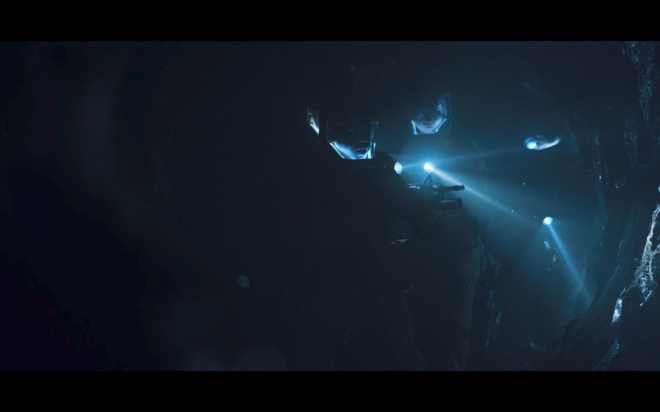 Where I didn't like things was this sense of bloat and universe expansion for Stranger Things 2 that clearly will lead us towards Stranger Things 3 and most likely Stranger Things 4. I particularly loved the first season because it felt complete. Yes, there were little nuggets left for the inevitable followup season to pick up but had a second season never happened, I would have been happy just watching and rewatching that first season. Stranger Things 2 feels like a lot of setup. An entire subplot around Nancy and Jonathan really felt stalled out to me only because it felt like a Friends "Ross and Rachael" move of just bringing them together adding a lot of extra runtime that could have been cut without impacting the remaining story. This season could have easily come in at eight chapters instead of nine.

But don't let my mild gripes stop you. Stranger Things 2 is a success. It does what good sequels should do. It was exciting and fun to dip into this world again. It was great to experience all of that 80s nostalgia again. It's pretty wild to see toys you once owned when you were two and three years old used as props in a modern show like this! I loved all of the 80s movie references, especially ties to the 1988 version of The Blob and more than a few nods to Aliens. If they could just land Lance Henrickson for the next season that would be awesome! Go give it a look if you haven't already, it's nine chapters of great fun with plenty of thrills and chills along the way.

Stranger Things 2 premiered on Netflix on October 27 and was available to stream in 1080p HD as well as 4K Ultra HD with Dolby Vision. In order to experience the 4K Ultra HD Dolby Vision presentation, you must upgrade your account to the 4 Screens + Ultra HD for $11.99 option. (Netflix Gift Cards available HERE!) 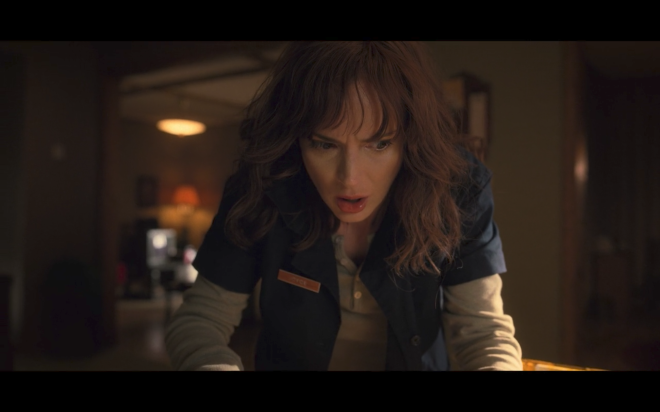 Like I said, colors are rich and vibrant with beautiful primaries, but it's the cooler gray and blue colors of the Upside Down and the series' fall setting that really gives you something to cheer about. This is especially the case with the rotted pumpkin farms and the deep brown and orange earth tones. Black levels and contrast are particularly strong adding a great sense of depth to the image. The only true downside I have with this enhanced presentation is that heavily CGI sequence could stand out against real-life practical effects or scenery. Fully CGI scenes, in particular, have a rather flat quality to them. But really that is my only gripe here. The rest of the show looks so damn good you're probably not even going to have time to notice these mild defects.

Presented with a Dolby Digital Plus 5.1 mix, Stranger Things 2 is on par with Stranger Things. There is a great surround quality to the mix, especially early on when there are small creature sounds coming from something nobody can see. During the big action bits, the mix really comes to life with near constant surround activity. When the show needs to get good and scary, the low LFE towns come to life and the show's moody and atmospheric score really pumps things up a notch. Dialogue is clean and clear throughout without any interference issues. Levels are great, but considering the show and the combined sonic delights, I'd recommend cranking things a bit just to add a little extra mood and atmosphere. For how well this mix works, I do wish a good and true Dolby Atmos mix or a DTS:X mix had been made available. This is a show that exudes atmosphere and I can't help but feel like a few extra channels of activity really would have provided a more immersive effect. All around great stuff and this current mix certainly gets the job done.

Stranger Things 2 is a solid sequel. For me, it wasn't quite as good as Stranger Things, but that's not a problem really, I stilled loved it. For example, I love Aliens but I wouldn't say that it was a better movie than Alien. Like Aliens, Stranger Things 2 takes what you already loved about the first season and gives you more of it. If it suffers from anything it is the need to setup events for future seasons leading to some episodes that felt a bit too padded out for my liking. But that really is a mild gripe when you're looking at a show that runs for nine episodes! There's a lot of great fun to be had here and fans of Stranger Things will have a blast. Ideally, one should see this in full 4K Ultra HD with Dolby Vision. If you don't have that ability yet but know someone who does, by all means, invite yourself over for a good and proper viewing experience!