Autobots must escape sight from a bounty hunter who has taken control of the human serendipity: Unexpectedly, Optimus Prime and his remaining gang turn to a mechanic, his daughter, and her back street racing boyfriend for help.

After years of reportedly being done with the Transformers franchise, Michael Bay returns to the series with Age of Extinction. This fourth installment to the overall series essentially kicks off a second new trilogy that works as a separate storyline from its predecessor, yet it remains loosely connected or existing within the same universe with plots resulting from previous events. Another way of seeing it is Bay's career as director hitting a plateau from which he may never climb down from, pigeonholing himself into a form of typecasting. There are already plans from two more entries after The Last Knight and a standalone spinoff featuring the lovable and most colorful giant sentient robot, Bumblebee. This could be evidence of his lack of imagination or proof of his generic, mainstream-pleasing talents behind the camera. But in either case, by continuing to crank out more movies about the annihilation of humanity, he is ultimately negating the good action films he made in the past, ensuring he'll forever be remembered as that guy who made the Transformers movies.

To be fair, much of what was wrong with the last two movies was largely remedied in this fourth entry, miraculously giving audiences a decently entertaining actioner. While it still has its issues worth griping over, it, at least, features a more straightforward, single-minded plot that actually makes sense while the over-the-top, absurdly comical action is comprehensible. Granted, the production still suffers from shallow, pretentious dialogue and somewhat stilted by allusions that align with Bay's own libertarian convictions, from a fear of government overreach to glorifying individual innovation. But again, at least, the grandiose visuals are enthralling and even mesmerizing, at times, such as the destruction of Hong Kong, while also introducing fans to the recklessly destructive force of the Dinobots. This is, of course, ruined by such silliness as the legalities of dating underage girls while simultaneously ogling a 17-year-old teenager or basically demoting the Transformers to little more than background characters that spout random one-liners.

For a more in-depth and positive take on the movie, you can read the review of the Blu-ray SDR HERE. 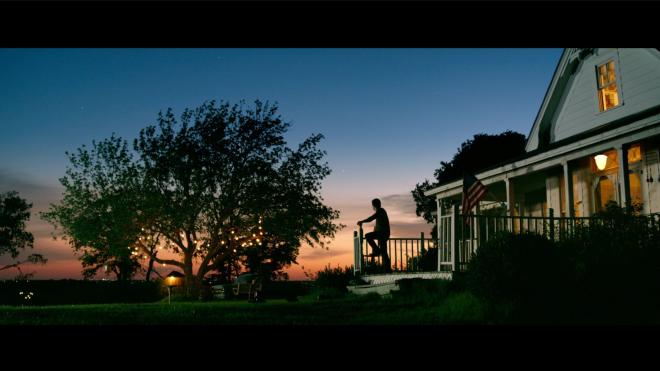 Paramount Home Entertainment brings Transformers: Age of Extinction to 4K Ultra HD Blu-ray as a three-disc combo pack with an UltraViolet Digital Copy, which can be redeemed via ParamountMovies.com or VUDU, giving users access to the 1080p HDX version only. Inside the black, eco-vortex case with a shiny, lightly-embossed slipcover, the triple-layered UHD100 disc sits comfortably on one side of a center spindle while a Region Free, BD50 copy is on the opposing side. The third is another BD50 disc containing the same supplements as before. At startup, viewers are taken directly to a menu screen with the usual selection along the bottom, full-motion clips and music playing in the background.

The first in a new trilogy of the rock 'em, sock 'em robot franchise heralds the end of times with a stunningly gorgeous HEVC H.265 encode in Dolby Vision HDR, significantly surpassing the Blu-ray and making it the best looking Ultra HD of the new lot. Enjoying a noticeable uptick in definition and resolution, the new transfer, likely made from the same 2K digital intermediate as before, is highly detailed and revealing. Shot on a combination of traditional 35mm film and digital cameras capable of up to 6K resolution, the picture shows extraordinary clarity of the small objects in the distance and clean, resolute lines along the edges of robots, exotic vehicles and weapons. From the individual metallic parts of each Autobot and Dinobot to the fine threading in every person's costume, the 2160p video is consistently razor sharp. The tiniest scratch and dent on the robots is plainly visible, the lettering on Chinese buildings is always legible, and facial complexions in the humans reveal incredible lifelike textures, exposing every pore and negligible blemish.

Proving to be superior to its HD SDR counterpart, the battle against extinction comes with a significantly brighter and more radiant contrast, delivering many of those looking-through-a-window type of visuals we want to see. Whites are continuously punchy and brilliantly crisp while superb specular highlights provide the edges of each CG robot and vehicle a dazzling shine and glowing glimmer, allowing viewers to make out the inner workings of a Transformer's eyes and making light sources appear tighter, such as in the headlights. Only complaint is the few minor instances of contrast running a tad too hot in a couple spots, creating a bit of blooming that washes away the finer details and a smidge of posterization. Black levels also receive a welcomed jump in quality, looking richer and truer to life than before. Shadows are incredibly opulent and silky with outstanding gradational differences between the various shades, and background information remains perfectly visible during the darkest, poorly-lit sequences.

Presented in its original 2.39:1 aspect ratio, the biggest improvement in this 4K presentation is the wider color gamut, lavishing the screen with an extraordinary array of sumptuous secondary hues. Providing the action with a great deal of jovial energy and animation, the true-to-life yellow of Bumblebee is stunning while Lockdown reveals hints of a vibrant orange, which seem to radiant even fuller inside the prison spaceship. Arguably, the more impressive moments are Bay's signature panoramic shots of the afternoon skyline, showing a passionate combination of a fiery orange sunlight bleeding into a purplish-magenta light that then smoothly blends into deep, dark blue sky. Primaries are intensely luxurious, from the glowing blue and red combination of Optimus Prime and Drift looking more teal this time around to the resplendent green of Crosshairs and the drastically different, duller army-colored shade of Hound. The brilliant cherry red of Stinger is mesmerizing, but this color, in particular, seems to struggle in the 4K DV format, once again looking a bit over-saturated in a few areas, such as the CGI fires and explosions looking digital and distractingly artificial. But on the whole, the Dolby Vision presentation is beautiful and dazzling.

Age of Extinction originally landed on Blu-ray three years ago with the first Dolby Atmos soundtrack for home theaters. For this Ultra HD release, Paramount Pictures ported over the same object-based mix, for which Michael Palmer provided an extensive breakdown and comparison of that track, and I agree with his assessment wholeheartedly.

For a more in-depth take on the audio quality, you can read our review of the 3D Blu-ray SDR HERE.

Rise of the Dinobots

A Spark of Design (HD, 15 min): Toy design and tour of Hasbro headquarters in Rhode Island.

Bay on Action (HD, 11 min): The director shares his creative process and thoughts on locations.

Just Another Giant Effin' Movie (HD, 10 min): Assortment of BTS footage and lightheartedness of the set.

After years of reportedly being done with the Transformers franchise, Michael Bay returns to the series with Age of Extinction, a fourth installment to the overall series essentially kicking off a second new trilogy that expands on the mythology of the film adaptations. With Mark Wahlberg taking over the central hero role from Shia LaBeouf, the movie miraculously offers a slightly more entertaining entry to the franchise with improved comprehensible action sequences, but it still suffers from some of the many drawbacks and weaknesses as its predecessor.

Nevertheless, the planet's extinction takes place on Ultra HD equipped with a gorgeous and sometimes mesmerizing 4K Dolby Vision presentation, delivering the best PQ of the whole series. It also heralds the end of times with the same outstanding, near demo-worthy Dolby Atmos soundtrack enjoyed on its Blu-ray counterpart. Porting over the same assortment of bonus material as before, the overall package is recommended for fans while those hungering for more Dolby Vision HDR goodness might be willing to bite the bullet.

Sale Price 22.99
List Price 25.99
Buy Now
3rd Party 20.97
In Stock.
See what people are saying about this story or others
See Comments in Forum
Previous Next
Pre-Orders
Tomorrow's latest releases