An ex-Marine haunted by a tragic past, Tommy Riordan returns home and enlists his father, a recovering alcoholic and his former coach, to train him for an MMA tournament awarding the biggest purse in the history of the sport. Tommy's estranged brother Brendan, a former MMA fighter unable to provide for his family as a public school teacher, also enters the competition. Set on a collision course with each other, the two brothers must finally confront the forces that tore them apart, all the while waging the most intense winner-take-all battle of their lives.

I typically hate sports movies. I can't get past the fact that they're all so similar. A flawed character or team of characters always have to make a big change that cleans up one fatal flaw in order to make it to a single big game. Even though the character or team make this huge change for the good, there are only three possible outcomes to the story: they never make it to big game, but it's okay because they’re better people now; they make it and lose, but again it’s okay because they're better people; or they make it and win, which happens more often than not. I don’t care if it's "Based on a True Story" or not, sports movies usually bore me to death. However, every once in a while, a strong, well-written sports film will offer more than the usual formula.

Thankfully, Warrior is one of those films.

By definition, Warrior is a sports film – but there's a lot more going on than just ultimate fighting (a.k.a. Mixed Martial Arts or MMA). Warrior revolves around a father and his two sons. Because the majority of their story is shrouded in a slowly-unraveling mystery, I'll keep it vague.

The film opens as Paddy Conlon (Nick Nolte) comes home from an Alcoholics Anonymous meeting one night to find his son Tommy sitting on the front steps of his house. Tommy has been gone for many years. When the violence from his drunken and abusive father became too much, he and his mother ran as far as they could. This is the first time that Paddy has seen Tommy since then. Although Tommy resents his father, he seeks his help in training for a major fighting tournament deemed "the Superbowl of MMA." 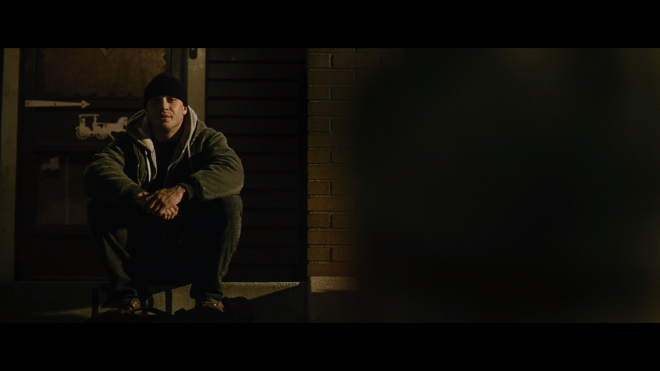 Tommy is also estranged from his older brother Brendan (Joel Edgerton). The only things that Tommy and Brendan have in common are their abilities to fight and a mutual hatred of their father. Brendan has left his broken family behind and replaced them with a loving wife and two beautiful girls of his own, but times are tough for his own small family. He and his wife work three jobs between them just to barely stay afloat. When suspended from his job, Brendan aims for a long shot and unknowingly begins training for the same tournament that Tommy has entered. Both brothers have their eyes on the $5 million pot that goes to the winner.

Warrior is less about the tournament and more about the characters. Yet that doesn't mean the fighting moments aren't warmly welcome and abundant. Confrontation is just around the bend – both inside and outside the cage. As a single-elimination tournament, it's almost inevitable that the brothers will fight against one another. Despite what you might think, the film is also unpredictable. Tommy is a tool of blunt force, like a wrecking ball that drops everything in its path, and Brendan is a technique-savvy, high endurance machine.

Although Warrior features a long 139-minute runtime, you'll never once check your watch. Not only does the movie completely engulf you emotionally, it never comes close to feeling long. I've avoided MMA fights for as long as they've been around. It's not my thing, but I was literally sitting on the edge of my seat during the fight scenes in Warrior, almost cheering out loud for the fighter I wanted to win. Fantastic performances from Hardy (now I really can’t wait to see him play Bane in The Dark Knight Rises), Edgerton (see Animal Kingdom if you haven’t already) and Nolte give perfect balance to the emotionally-charged, fight-filled film.

Trust me on this. Warrior is high-quality entertainment.

Lionsgate Home Entertainment brings Warrior to 4K Ultra HD Blu-ray as a two-disc combo pack with a flyer for a Digital HD Copy, which can be redeemed via redeemmovie.com or through VUDU but only available in HD SDR and HDX. The dual-layered UHD100 disc sits comfortably opposite a Region A locked, BD50 disc inside a black, eco-cutout case with a glossy slipcover. At startup, the disc goes straight to a menu screen with full-motion clips and music playing in the background.

The sports drama sadly underperforms in the Ultra HD octagon, duking it out against some of the very best in the competition. Although it enters the ring with a strong HEVC H.265 encode at its side, the 4K presentation ultimately puts on a surprisingly mediocre and somewhat disappointing performance. Much of the letdown is easily attributed to the deliberately gritty, cheerless cinematography, which, when seen from this perspective, the video can be argued as faithful to the intentions of the filmmakers.

However, it also doesn’t fare well against other UHD fighters vying for the top prize, looking significantly softer and blurrier than would be expected. Granted, the picture quality is nonetheless a decent step up from the life it lived in the Blu-ray streets, showing a tad better resolution overall. Originally shot on 35mm film, the transfer nicely retains a thick layer of grain that's consistent and unobtrusive for an appreciable film-like appearance, and there is some visible sharp detailing in the clothing and in the buildings of Philadelphia and Pittsburgh. But in the end, this is not the sort to last five championship rounds.

Presented in a 2.40:1 aspect ratio, the stylized photography also greatly limits much of the color palette. To be fair, the original look was never particularly colorful to begin with, emphasizing more earthy hues amid a gray and monochromatic tone. Despite that, primaries receive a slight boost compared to its HD counterpart, and facial complexions appear healthier with a more realistic rosiness and peachiness in the cast. Contrast benefits from the jump to 4K, and whites have a noticeably brighter and punchier appeal. On the other hand, there isn't much in terms of specular highlights, though some viewers will note better detailing around light fixtures and in the faces. Black levels enjoy the biggest improvement, providing the presentation with darkly rich shadows and excellent gradational differences between the various shades.

Fighters enter the ring with music blasting all around thanks to an awesome Dolby Atmos soundtrack that fills the air and pumps audiences for the big showdown. Arriving with similar results as its Blu-ray counterpart, the audio doesn't quite deliver the knock out punch, but it puts on a good show, sure to have the crowd cheering.

Being a dialogue-driven sports drama, much of the attention and action is contained across the fronts, generating a very broad and welcoming soundstage. The musical score fills all three channels and bleeds into the surrounds, lightly enveloping the listening area, and the song selections at the arena convincingly extend into the ceiling speakers, placing the listener right in the middle of the cheering crowd. The mid-range isn't particularly noteworthy, but the extra breathing room exhibits a slightly crisper, more detailed clarity in the music and the loudest moments, of which there are not many.

Background activity is a constant with the loud grunts of fighters training in the gym, the hustle and bustle of restaurants and casinos, and the scrambling energy of journalists crowding a hotel lobby. Some of that commotion nicely spreads into the fronts heights, further widening the soundstage and creating a highly-engaging sense of space. Although most of the sparingly-used sound effects are generally contained to the sides and rears, a few atmospherics occasionally employ the overheads, surprisingly panning from one side of the room to the other flawlessly and with excellent distinction. This object-based track won't be a showstopper, but overall, the mix puts on a satisfying show, making it the winner over the video.

Audio Commentary: Director and co-writer Gavin O'Connor is joined by star Joel Edgerton, co-writer Anthony Tambakis and editor John Gilroy. It's a pleasant enough conversation mainly focused on the plot and characters, but the group largely spends their time narrating the on-screen action.

Redemption: Bringing Warrior to Life (HD, 32 min): Made from lots of BTS footage and interviews with cast & crew about various aspects of the production, challenges faced and the performances.

Philosophy in Combat: MMA Strategy (HD, 21 min): A discussion between trainer Greg Jackson and actor Frank Grillo on the sport and how it is portrayed on film.

Brother vs. Brother: Anatomy of a Fight (HD, 12 min): Made of BTS footage, stunt choreography, storyboards and film clips, this is a closer-look at the climactic fight sequence.

Warrior is leaps and bounds above the average sports films that are generally pumped out year after year. What keeps it from being "just another fighting movie" is the intimacy you get with each of the main characters. This is a movie about real people, not just fighters. You care for them so much that you don't care who wins, you just want their issues resolved because they're both good people with noble causes for fighting.

This Ultra HD Blu-ray arrives with a strong 4K video presentation. Though the picture quality isn't a massive jump from its Blu-ray counterpart, it nonetheless offers a few noteworthy improvements that should please fans. On the other hand, the movie arrives with an excellent, satisfying Dolby Atmos audio presentation, joined by the same collection of supplements featured on the Blu-ray. Nevertheless, the overall package is worth a look for die-hard fans.

Sale Price 19.29
List Price 22.99
Buy Now
3rd Party 39.99
In Stock.
See what people are saying about this story or others
See Comments in Forum
Previous Next
Pre-Orders
Tomorrow's latest releases