The last witch hunter (played by Vin Desiel) is all that stands between humanity and the combined forces of the most horrifying witches in history.

I never caught The Last Witch Hunter on its initial theatrical release. Judging by the initial reaction I dodged a bullet. Perhaps my expectations were too low, but visiting it for the first time I must say it wasn't as horrible as I was imagining. Sure, Vin Diesel's stone-like presence isn't great for a film like this, and sure the information surrounding his abilities as a witch hunter are murky. Yet, there's enough there to hold interest, which is more than I thought would be possible.

The mythology of Diesel's character Kaulder is the most interesting aspect of the movie. During the Black Plague, Kaulder and a team of burly dudes hunt down the Witch Queen (Julie Engelbrecht). She's causing the plague and they need to stop her. Most everyone on the team is killed, but Kaulder succeeds. The queen is vanquished, but not before she curses Kaulder to live on for eternity.

It's a curse because Kaulder has to live on eternally with the memory of his wife and daughter who were killed by the witch. This is the type of emoting that escapes a Vin Diesel performance. He's great in the Fast and Furious movies because Dominic Toretto is more, or less, Diesel. When he's called upon to offer up a bit more emotion his performances usually fall flat. That's the case here. Kaulder has a tortured past, but Diesel is unable to convey that through his emotions. So, while it may be a curse for him to live on and on with the memory of his murdered family, that sort of pain never comes across in Diesel's acting.

The most interesting aspect of the movie is its mythology. After Kaulder's curse, he becomes a witch hunter. A secret religious sect has been tasked with keeping him safe while he works in conjunction with the witch counsel. His job is to hunt down the bad witches and bring them in for justice so witches can live in harmony with humans. 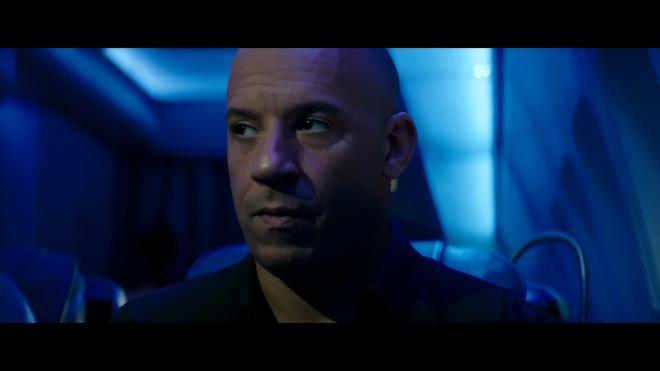 His handler is Dolan 36th (Michael Caine). He's the 36th person to be tasked with keeping Kaulder safe and doing his job. Caine provides some much needed acting gravitas whenever he's paired up with Diesel in a scene. At least one of them knows about subtleties in the acting profession.

The story picks up with Kaulder becoming embroiled in a battle with nefarious witches who are trying to resurrect the Witch Queen. It's a decent little thriller, which is made all the better when Kaulder meets up with young potion expert, Chloe (Rose Leslie). As long as Diesel is flanked by a person with some acting chops the situation is less dire. Perhaps that's why The Last Witch Hunter features a rather experienced supporting cast. Rounding out the supporting actors is Elijah Wood who plays Caine's successor, Dolan 37th.

The movie's weaknesses are many though. While the mythology surrounding the witches, Kaulder, and the witch counsel is intriguing, we're left wondering just what makes Kaulder so special. He's able to heal fast, but we're never told why he's so great at catching witches. It would seem that his entire witch-hunting repertoire boils down to running and tackling witches before they can cast dastardly spells. Unlike Blade, Kaulder doesn't carry around any special weaponry. A shotgun and an ancient sword from his early days as a witch hunter, that's it. He knows the tricks of the trade, but his expertise is fuzzy.

The Last Witch Hunter is semi-entertaining. Diesel fails to live up to the torturous soul embodying Kaulder. The seasoned actors around him bring the movie up to a bearable level. It's not as horrible as initial reviews made it seem. It's not great either.

Lionsgate Home Entertainment brings The Last Witch Hunter to 4K Ultra HD Blu-ray as a two-disc combo pack with a flyer for a Digital HD Copy. The dual-layered UHD66 disc sits comfortably opposite a Region A locked, BD50 disc inside a black, eco-cutout case with a glossy slipcover. At startup, the disc goes straight to a static menu screen with music playing in the background.

Vin Diesel casts his spell on Ultra HD using a magical H.265 encode in HDR10, making the movie a bit more bearable and looking superior to its Blu-ray counterpart. The CG-infested horror fantasy was shot digitally on the Arri Alexa XT camera system, which maxes at 3.4K resolution, and later upconverted to 4K digital intermediate. The results are a highly-detailed 4K presentation, exposing very well-defined stitching and threading in the clothing. The lettering on bottles, Kaulder's sword and the scorching spells are distinct and legible while individual bricks look weathered and can practically be counted, and the rough bark of the magical portals seem scratchier and irritating. Facial complexions appear healthy and accurate, revealing every pore and negligible blemish in the cast. Sadly, the transfer also comes with several instances of mild aliasing along the sharpest edges of objects and a couple moments are not quite as well resolved as others, exhibiting what would appear to be minor digital noise.

Presented in a 2.40:1 aspect ratio, the picture also arrives with superb brightness levels, arguably the presentation's most appealing aspect. From the clothing and various household items to the witch counsel's interior design and their dead-tree surroundings, blacks are a beautiful collection of various, distinct shades and stygian shadows that allow excellent visibility of the tiniest details in the darkest portions of the frame. Contrast, too, is nicely improved with better detailing within the brightest, whitest highlights while light sources appear tighter and more distinct, such as aerial shots of the city skyline where we can still see inside individual windows and clearly make out few bits of furniture. Since much of the movie takes places at night or in poorly-lit environments, the added visibility in HDR offers much to appreciate. Seeing as how the movie is very dark overall, the color palette feels deliberately limited and doesn't show a major jump from its SDR counterpart. Nevertheless, primaries are slightly more colorful and vibrant here, giving the 2160p video a noticeable edge over the Blu-ray and ultimately the best way to enjoy this dark fantasy spectacle.

The audio is the same heard on the Blu-ray which is a fun and boisterous DTS:X soundtrack, defaulting to a DTS-HD MA 7.1 version for those not yet equipped.

Pretty much from the start with the initial battle against the witch queen, the design aims to be a riotous, ear-piercing spectacle of noises that spread into all the channels. Magical beings and floating puffs of spells effortlessly glide and pan between one speaker to the next, circling the listening area with a satisfyingly immersive soundfield. Action sequences are even more active, employing the ceiling speakers with subtle sounds like debris from explosions, the flames engulfing a room or the crackling, breaking noise of the magical portals. Quieter scenes are not quite as effective, but they nonetheless come keep the room busy with city traffic, birds chirping in the distance or elevated subways cars screeching past.

Much of the same can be said of the front soundstage filling the screen with an excellent collection of off-screen activity that's convincing, generating a highly-engaging and very broad soundscape. Occasionally, some of that activity spreads into the front heights, further adding to the design's spaciousness. The loudest segments maintain crystal-clear clarity in the higher frequencies, revealing lots of appreciable detailing and warmth in the midrange. Amid the chaos, vocals remain precise and well-prioritized while a healthy, robust low-end provides plenty of oomph and presence to the action and musical score.

Crafting the Magic (HD, 30 min.): This is a standard making-of promo stuff, even though it does happen to be a half hour long.

Animated Short Films: The Origin of the Axe and Cross (HD, 11 min.): Four animated shorts are included here: 'Before Mankind,' 'The Witch Lords,' 'The Witch Hunter,' 'Witches Live Among Us.'

The Last Witch Hunter Sizzle Reel/Pain It Black (HD, 2 min.): A trailer-esque collection of images set to "Paint It Black."

Vin Diesel's performance certainly is the movie's weakest link. He's just not cut out for imbuing a character with the sort of emotion that could have made this character much more believable. There's something to be said for the not-so-terrible-ness of The Last Witch Hunter. It's a perfectly unobtrusive way to pass a lazy afternoon.

The Ultra HD casts its spell with an excellent 4K video presentation that easily surpasses its Blu-ray SDR counterpart, and the same DTS:X soundtrack is a boisterous, rowdy listen fans will love. Supplements are on the light side, but the overall package is one for those hungering for more HDR goodness.

Sale Price 29.99
List Price 42.99
Buy Now
3rd Party 25.69
In Stock.
See what people are saying about this story or others
See Comments in Forum
Previous Next
Pre-Orders
Tomorrow's latest releases