The iconic, action-packed, three-film John Wick Stash Book Collection – SteelBook® Box Set arrives on 4K Ultra HD™ + Blu-ray™ + Digital SteelBook February 28 from Lionsgate. Starring legendary actor Keanu Reeves (The Matrix franchise, Point Break, Speed) and featuring Primetime Emmy® Award nominee Ian McShane (“Deadwood,” Pirates of the Caribbean: On Stranger Tides), the John Wick trilogy follows a former hit man who is forced back into the criminal underworld he had abandoned. When housed in the outer box, the three SteelBooks form a replica of John’s killer “stash book” from John Wick: Chapter 3 – Parabellum. Each SteelBook is emblazoned with detailed imagery specific to the film within, and each is numbered (1, 2, or 3) to signify its place in the series while enhancing its “hardcover book” look. The Best Buy exclusive John Wick Stash Book Collection – SteelBook Box Set will be available for the suggested retail price of $99.99.

A retired hit man is forced back into the underground world of assassins when he embarks on a merciless journey to hunt down his adversaries. With the skill and ruthlessness that made him an underworld legend, John Wick fights to overcome the world’s top hit men and women in his quest for revenge and redemption in this stylish, electrifying action series.

JOHN WICK: When sadistic young thugs senselessly attack John Wick — a brilliantly lethal ex-assassin — they have no idea that they’ve just awakened the boogeyman. With New York City as his bullet-riddled playground, Wick embarks on a merciless rampage, hunting down his adversaries with the skill and ruthlessness that made him an underworld legend.

JOHN WICK: CHAPTER 2: Legendary hit man John Wick is forced out of retirement again by a former associate plotting to seize control of a shadowy international assassins’ guild. Bound by a blood oath to help him, John travels to Rome, where he squares off against some of the world’s deadliest killers.

JOHN WICK: CHAPTER 3 – PARABELLUM: Super assassin John Wick has a $14 million dollar price tag on his head after killing a member of the High Table, the shadowy international assassins’ guild. Now excommunicado, and with any army of the world’s most ruthless hit men and women on his trail, John must find a way to survive in this third chapter of the adrenaline- fueled action series. 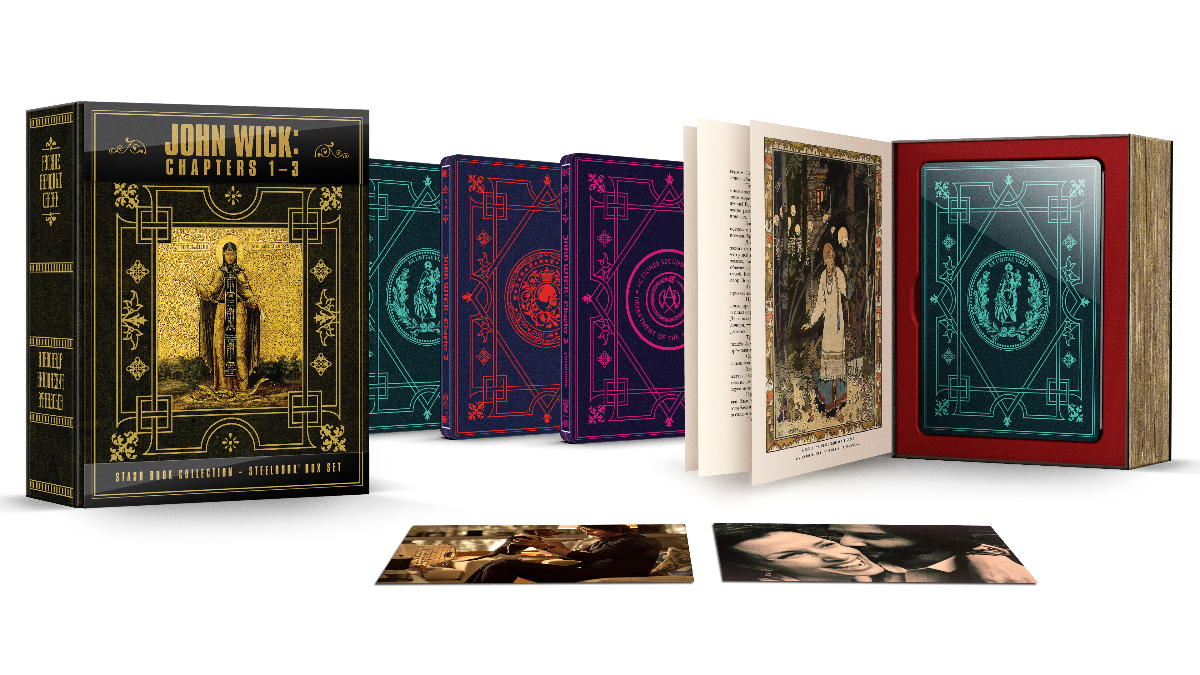