Marvel Phase Four continues to rumble along with Ryan Coogler’s Black Panther: Wakanda Forever - a dramatically thoughtful sequel that struggles under the weight of expectations, tragedy, and the need to expand the ever-growing MCU. Now on 4K Ultra HD, the lengthy film is given an alright HDR10 transfer and Atmos mix with a slim assortment of bonus features. Not the greatest, not the worst - Worth A Look

King T’Challa is dead. Wakanda has no protector. Queen Ramonda (a well-deserved Oscar-nominated Angela Bassett) is thrust upon the world stage with powerful Western nations hungry for the rare metal vibranium. As these nations detect deposits in the ocean depths, they trigger Namor (Tenoch Huerta) and his legion of undersea warriors to war. Now Princess Shuri (Letitia Wright) must find a way to bury the grief of her brother’s death to save a young scientist (Dominique Thorn) from Namor’s wrath and stop the aquatic destruction of Wakanda. 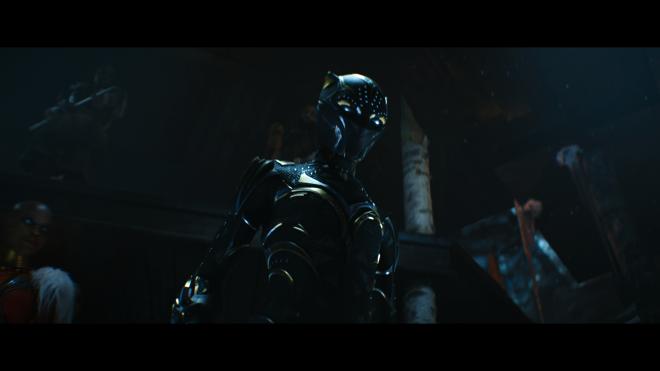 After losing his leading man Ryan Coogler and company were placed in the tough position of pushing forward with their original story idea and recasting the lead role of T'Challa or radically altering their original course of action without the character honoring Bosman’s memory. They went with option B. It’s a true damned if you do, damned if you don’t but either way, you’re damned scenario.

As it stands Black Panther: Wakanda Forever is a weighty, often thrilling, and exciting adventure, that is bogged down under the weight of grief, reverence, and the need to expand the MCU with new heroes. At just over 2 hours and 40 minutes, it’s a lot and long stretches feel every tick of the clock. The first hour is dramatic and action-packed and beautifully filmed in keeping with what a great visionary director can bring to this kind of material. The second act is supremely clunky as the story sets up who will replace T’Challa as protector of Wakanda while introducing Dominique Thorn’s Riri AKA - Iron Heart as well as giving Tenoch Huerta’s Namor a fitting origin story to explain his motivations. All of this leads to a rather bumpy and unfortunately predictable third act confrontation. 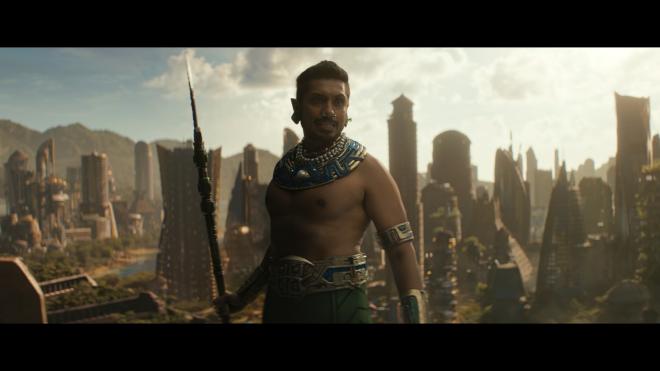 Again, this is a film that was placed in the impossible situation of losing Boseman so close to the start of production forcing the filmmakers to scramble. Overall it’s a decent flick, entertaining, with genuinely heartfelt tributes to Boseman. I just wanted to like it more than I did. Part of my malaise for this film stems from the unfocused nature as a whole of Marvel’s Phase Four. Past Phases of the MCU had a pretty clear path - “We’re going to fight Thanos... someday!” They steadily built that idea and pushed forward and made some impressive films along the way.

Phase Four is a jumble of Secret Wars and The Kang Dynasty leaving fans to try and figure out which heroes will join which fight (or both?). And then with so many films and television shows it’s been all too easy to forget various entries as they come and go. Black Panther: Wakanda Forever does enough to be relevant and not instantly forgettable in the grand scheme of things. Unfortunately, it also feels like a place-holder filler biding its time until the Black Panther, Iron Heart, and Namor are called into action for a bigger story. 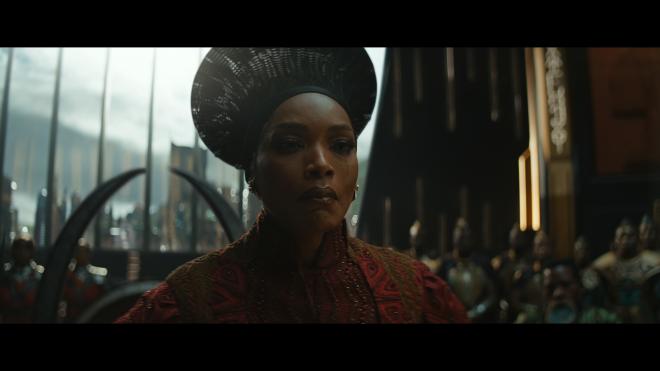 At least it’s beautiful to look at with an amazing cast. While the storyline and its place in this sequence of the MCU is a bit of a question mark, the film looks amazing and this cast is in terrific form. I loved Angela Bassett’s turn as Ramonda here. An actress who easily could and should have been Storm for the X-Men films delivers an incredible Oscar-worthy performance. I somewhat doubt she’ll get it, but still worth the nomination. Letitia Wright carries a lot of the emotional weight and heft of the film while turning her previously amusing side character into a full-throated hero. Tenoch Huerta was a beast as Namor bringing genuine anger and menace to the role of the Sub-Mariner. All credit to Coogler for spinning Atlantis for Talokan avoiding the comparisons of the same sort of undersea kingdom we already got with Aquaman. Winston Duke again steals the show every scene he's in and Dominique Thorn’s plucky and fun Riri debuting as Iron Heart turning out to be a pretty entertaining addition to the MCU. Uneven but entertaining, Black Panther: Wakanda Forever is probably the best we could have hoped for given the circumstances.

Vital Disc Stats: The 4K Ultra Blu-ray
Disney rolls out the latest MCU entry to 4K Ultra HD Blu-ray with Black Panther: Wakanda Forever picking up a two-disc 4K UHD + Blu-ray + Digital release. In keeping with their past format releases, The 4K is pressed on a BD-66 disc with the Blu-ray sorting out a BD-50 disc. The discs are housed in a two-disc black case with slipcover. The discs load to Disney’s standard language choice menu before jumping right into the film or proceeding to an animated main menu with traditional navigation options. 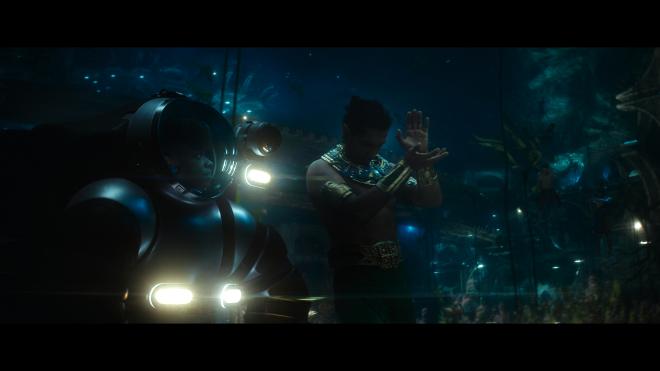 Black Panther: Wakanda Forever dives into 4K Ultra HD Blu-ray with a frustratingly middling HDR10 transfer. This is a case of Disney’s insistence on sticking with BD-66 discs and a lack of Dolby Vision HDR really gut punches the 4K Disc release. There are several very dark sequences that unfortunately struggle with clarity and depth - the first attack of Namor’s warriors is a prime example or later the chase sequence as the FBI chases after Shuri, Riri, and Okoye in their respective vehicles. My OLED rarely struggles during daylight viewings but this stretched my set. Coming back to these scenes later in the evening it wasn’t as problematic but still an issue of note. Bitrates are also worrisomely low for some sequences compared to the Blu-ray counterpart dipping into the low teens (if not lower). These low points that just look a tad off are relatively brief and intermittent, but still a knock in my book.

Those misgivings aside overall I’d square this as a better presentation than the 1080p disc. When Namor takes Suri on a tour of Talokan or virtually damn near every daylight sequence in Wakanda easily offers up stronger clarity and dimension over the Blu-ray disc. Facial features, makeup effects, and the incredibly intricate and detailed costuming are wonders to look at. Where HDR10 really comes calling for this disc is with the abundance of dramatic colors. Blues, reds, yellows, greens, purples - they’re striking and much more lush and vivid with healthy skin tones to match. Whites are brilliantly crisp, and that funeral procession is a highlight moment. 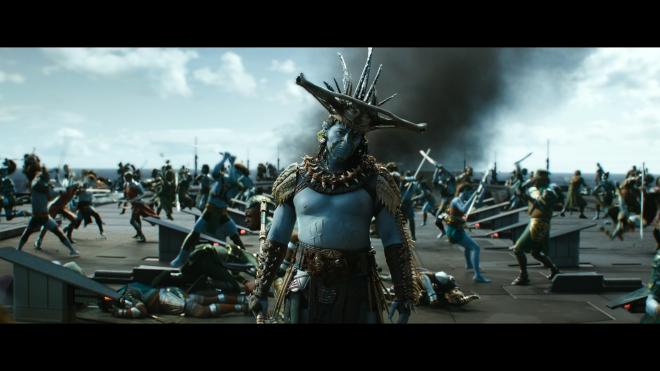 There are some genuinely striking and visually arresting moments throughout the film that are a brilliant reminder of what the format can offer. This disc easily and often outpaces the rather soft-looking 1080p Blu-ray. However, this is also a stress test case of how Disney’s stubbornly cookie-cutter treatment of 4K can hamper an experience. Longer films need that bitrate breathing room of a BD-100 disc. For a simple example of stats, look at Vinegar Syndrome with their HDR10 4K of From Beyond (about to be reviewed) as an example. That’s an 86-minute film that eats up nearly 60 gigs of a BD-66 disc. Black Panther: Wakanda Forever runs 161 minutes - almost twice the length - and uses barely more than 58 gigs. And then this insistence on saving Dolby Vision for streaming only is just mind-numbing at this point. This is an overall decent disc and I’d argue it’s certainly better than the standard Blu-ray, but not the studio’s best effort. 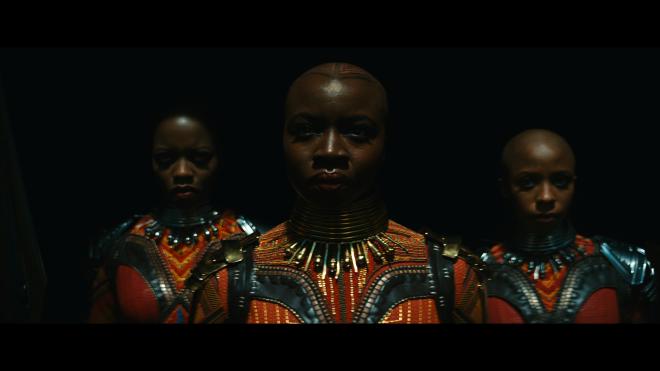 A middling 4K presentation earns an equally middling Atmos mix. But hey, at least it’s better than the anemic and muted DTS-HD MA 7.1 on the Blu-ray! While there’s plenty of active surround engagement with ample height channel activity, this track is similar to what they dropped with Shang-Chi where it kinda sounds good, but you have to crank things up and even then there’s not a lot of oomph in the subs. You’d think the big exciting action sequences would have some great low-end activity, but surprisingly enough it’s the bass beats in Ludwig Göransson’s excellent score that gives this Atmos mix the most impactful rumble. On the plus side of the column, Dialog is clean and clear throughout without issues. The soundscape in general is active and impressive, but as has been the case with so many Disney discs, levels are an issue so be prepared to pop that volume a few extra notches. 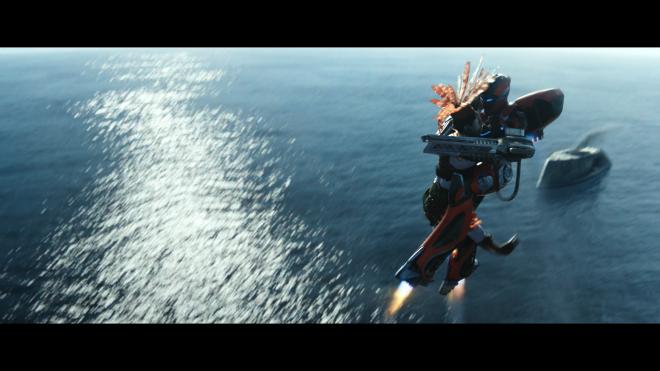 On the bonus features front, this set comes with minimal bonus features. The best of the bunch is the commentary with Coogler, writer Joe Robert Cole and Autumn Durald Arkapaw discussing the film for a rather informative track. There are some brief featurettes and some deleted scenes to work through after that. Most of this stuff is pretty basic filler. 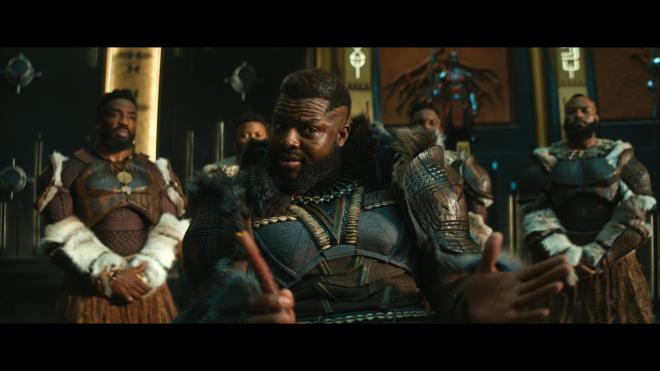 Black Panther: Wakanda Forever has the tough duty of saying goodbye to its hero and star while finding a path forward for the franchise. The loss of Boseman was a shock and I more than understand those involved not wanting to simply recast him. It was a lot easier to swap Rhodes in Iron Man 2. This film had to accomplish a lot while also paying due respects to a terrific actor who passed on far too early. The film is good, just not as great as the first. Now on 4K Ultra HD Blu-ray, the film gets a middling effort on disc. The HDR10 transfer can be beautiful but there are several sequences where it struggles and the limp Atmos track is another sticking point. Worth A Look 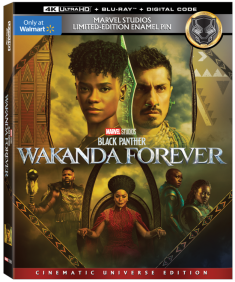 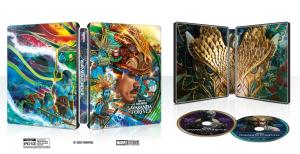 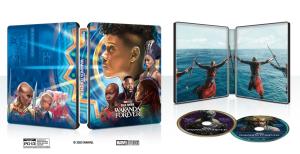 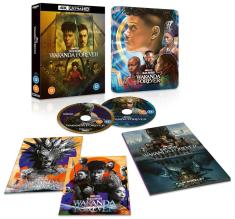