Described as one of the vilest and most disturbing movies ever made, Ruggero Deodato’s Cannibal Holocaust takes its first chomp out of 4K Ultra HD Blu-ray from 88Films. With a disgustingly beautiful Dolby Vision transfer, the film looks and sounds better than ever with an excellent assortment of informative new and archival bonus features. For fans with strong stomachs only.

Three young American documentarians have gone missing deep in the jungles of the Amazon (not their local distribution center f.y.i.). Famed Professor Harold Monroe (Robert Kerman) has been hired to find the crew and uncover what happened to them deep within the Green Inferno. After finding their remains tied into a twisted display by a local tribe of cannibals, Monroe and a team of television producers hope to use the found film footage for a new documentary series, but what they find is something more shocking and disturbing than they could ever imagine.

Held one of the most shocking and disturbing films ever made, Cannibal Holocaust is just as shocking and controversial as it was when it first hit Italian theaters over forty years ago. From the mind of the recently deceased (and presumably undigested) Ruggero Deodato, this film holds a permanent earmark in history. One of the original Video Nasties, this exploitation film is infamous for its realistic and graphic violent and sexual content as well as its intensely distressing scenes of animal death and dismemberment. The scenes of human murder were so realistic for its era that Deodato actually had to prove that this wasn’t a snuff film. It’s shocking, nauseating, and not for the faint of heart. And even for horror diehards, Cannibal Holocaust is a cinematic stress test that few pass unscathed.

Some call it vile trash, others hold it as a premier example of exploitation horror. For myself, I love its gritty grimy shocking exploitive nature, but I don’t enjoy how it achieves its goals. As an animal lover, I end up having to skip several sections of the film - I had pet turtles so you can guess which part I most often scoot past. My first viewing was on DVD with the first Grindhouse home video release gathered around a television set with a bunch of friends. A few of us had seen it, but most of us (myself included) hadn’t yet. We’d heard the stories but we weren’t prepared for what we’d actually see. During a particularly distressing early scene, it affected one young woman in our group so dramatically that she actually passed out… and we still had most of an hour to go. 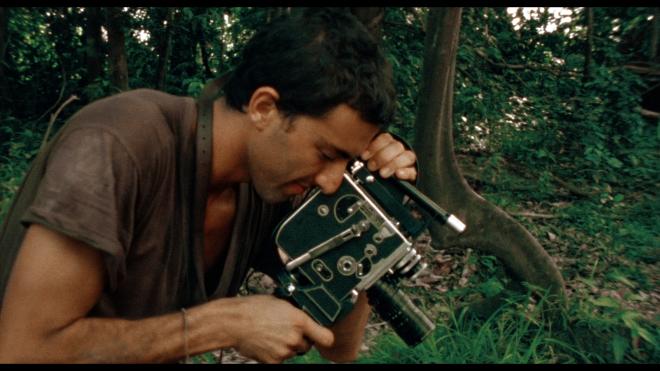 I don’t consider Cannibal Holocaust a classic or misunderstood work of art. It’s an exploitation horror film and what mileage you roll out of it will depend entirely on your taste in movies. I don’t think Deodato had much consideration for the long-term passionate debate this film would spark after its release. The film certainly offers up some interesting social commentary about journalistic ethics that are relevant today with social media influences going to upsetting lengths to get clicks, but ultimately anything meaty thematically is sidelined in favor of excruciatingly extensive shock-and-awe graphic content. Plain and simple, I think Deodato just made this film as shocking as possible to make a quick buck and things got out of hand.

I love cannibal films and their cheesy exploitive nature, but this one is a test for sure. Picking up this 4K release I was actually hoping it would have been one of the censored edits, the Animal Cruelty-free version would have been ideal, but I again found myself skipping a few scenes just to make it through. I’m not very familiar with all the different edits out there, I haven’t spent the time cataloging them, but my understanding is this release from 88 Films is missing a couple of seconds of content but where or what I couldn’t tell you as more than enough graphic and unsettling material remains. Some controversial films are reappraised and the controversy subsides, but Cannibal Holocaust will always be a hot-button passionate topic. Trash or art or arty trash, you’ll have to see it for yourself to decide. 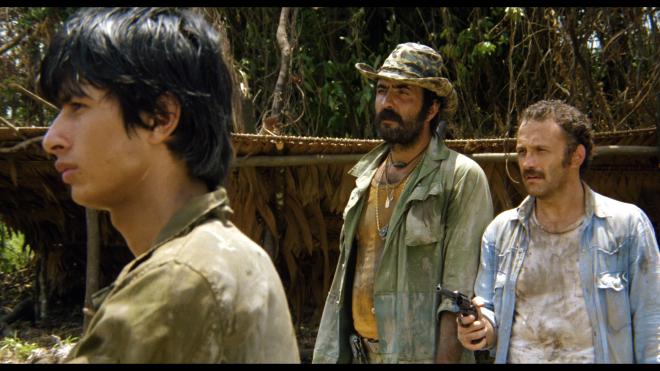 Vital Disc Stats: The 4K Ultra HD Blu-ray
Crawling out of the Green Inferno, Cannibal Holocaust barbeques 4K Ultra HD Blu-ray with a new two-disc set from 88 Films. The 4K version is pressed on a BD-66 disc with the 1080p picking up a Region B locked BD-50 disc. The discs are housed in a two-disc black case with separate trays, offering reversible insert art and slipcover. Also included is a two-sided mini-poster and a 40-page booklet. 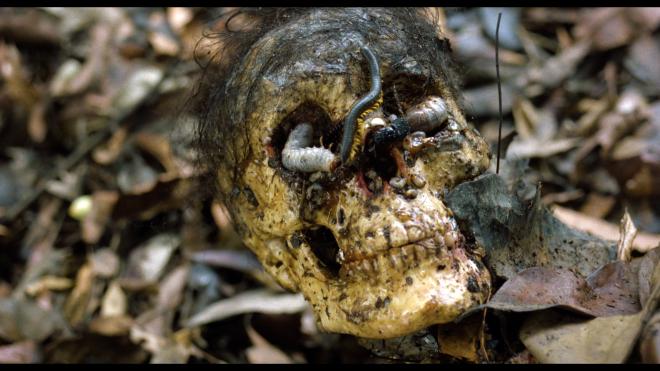 Coming in hot and heavy with a fresh new 4K restoration, 88 Films delivers an often stunningly beautiful and detailed 2160p Dolby Vision (with HDR10+) transfer. This film has always been treated fairly well on home video, and this transfer holds high marks. Fine details in facial features, the scenic locations, costumes, makeup, gore, and yes even some animal dismemberment is all on display for you to either digest or regurgitate. Fine film grain is retained throughout for a healthy cinematic appearance without appearing scrubbed or hit with DNR or edge enhancement. Some sections the grain structure can be a tad noisy but that’s mostly a hallmark of the “found” footage scenes since those scenes were captured in 16mm. 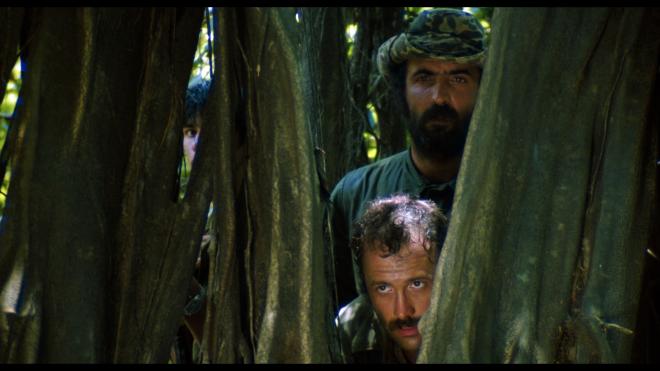 The Dolby Vision HDR grade is quite impressive (I don’t have an HDR10+ rig I’d call reference quality but I’m sure it’s just as good). Colors are vivid and stunningly lifelike with lush greenery of the Amazon jungle, healthy (such as they are) skin tones, and a full array of primaries. Red is an obviously dramatic color throughout the film that gets plenty of attention. Black levels and contrast are spot on, for the most part, giving the film an incredible sense of dimension and depth without serious crush or white blooms - at least that aren’t somewhat intentional. Again the “found” footage is inherently rougher than the A-plot film scenes so those blacks and whites can vary in quality from shot to shot but that feels by design. Those scenes aren’t meant to be “clean.” It’s a pretty grotesque film but it looks great in 4K! 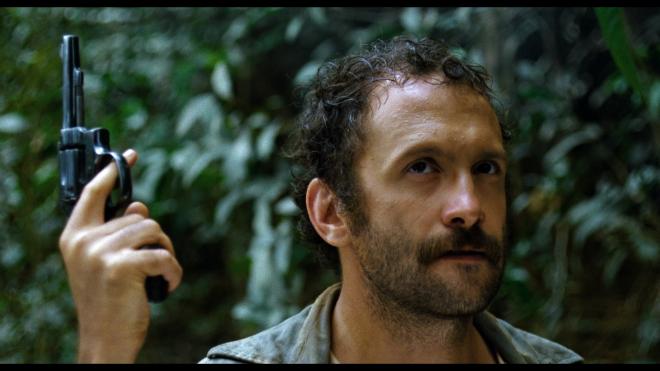 Fans of Cannibal Holocaust can enjoy either a DTS-HD MA 2.0 Stereo track or a DTS-HD MA 2.0 mono track. Both are solid and effectively work for this particular film. If I was going to give an edge to one over the other, I would say the 2.0 Stereo is the stronger of the two simply for how it’s spaced versus simply being the mono mix in both the left and right channels. But again, you can’t go wrong with either option. The dialog for both is strong and clear without issue. Sound effects are present and pointed when necessary for certain segments. And the somber Riz Ortolani score is just as chilling. 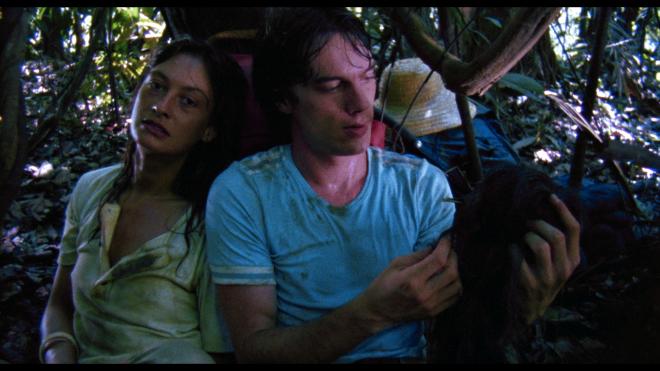 88 Films certainly didn't skimp on the bonus features package for this release. On top of a new - and very entertaining - audio commentary with Kim Newman and Barry Forshaw, this set comes with hours of new and archival bonus features. Some of the archival interviews, especially those used for the "The Last Cannibal Kings" is really cool to see since they'd never been released even though they were conducted years ago. Including the commentary, you've got the better end of five hours of material plus a forty-page book of essays to nosh on. 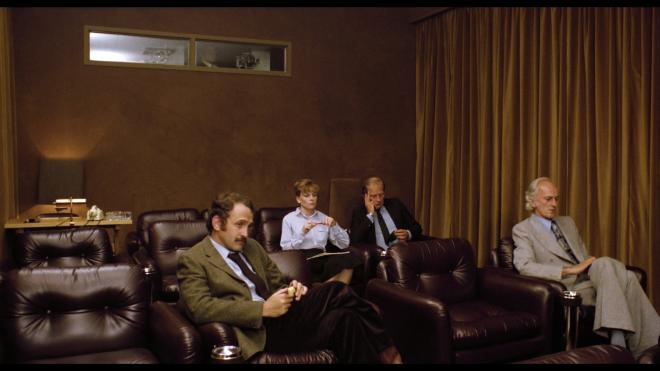 Fun for the whole family, Cannibal Holocaust stands today as one of the most controversial films ever made. You can’t discuss this film with a group of cinephiles without some tense discourse - or even a fight - erupting. It certainly brings out the passions in people as it also brings up their lunches. The apex of the Cannibal horror sub-genre of the 70s, there will never be another film like Cannibal Holocaust - even though some filmmakers out there have tried. 88 Films brings this exploitation classic to 4K Ultra HD Blu-ray for the first time featuring a brand new and often shockingly stunning Dolby Vision transfer (HDR10+ is also apparently available but I wasn’t able to look at that). Audio is clean and clear without issues and the bonus features package is extensive. Certainly not a film ror a 4K release for everyone - For Fans Who Can Stomach It Only