We already reviewed Run Lola Run on Blu-ray a long time back in 2008 before we were crediting our writers. Whatever brave soul delivered that review, I stand with it. Run Lola Run stunned me when I was 16. At the urging of my local comic book slinger, I blindly plopped down to see it at the local art house theater with no idea what to expect. My eyes and ears were stunned as I absorbed this masterpiece thriller about a young woman with 20 minutes to scrounge up 100,000 Marks to save her boyfriend. I remember leaving the theater and immediately crossing the street to Border’s flagship store to pick up the soundtrack.

Now I haven’t seen Run Lola Run in the better side of a decade and I was a tad worried that it wouldn’t hold up. I don’t know why I worried because this film still packs a wallop. This was one of the first DVDs I ever bought and as soon as I could I traded up for the Blu-ray. And now in 4K, it’s still a hell of a film that 20-plus years later is just as engrossing and exciting as that first viewing. I love the anthology-style structure of the film allowing for the subtle changes and interactions of the characters within the three versions of events to unfold. Franke Potente delivers one hell of a physical and emotional performance giving everything she has in the tank for every single scene. It’s frenetic, stylish, and chaotic but it never loses sight of its characters. If you’ve never seen Run Lola Run, well, invest in some sports gear because you’re going to feel the need to book it down the street as fast as you can. 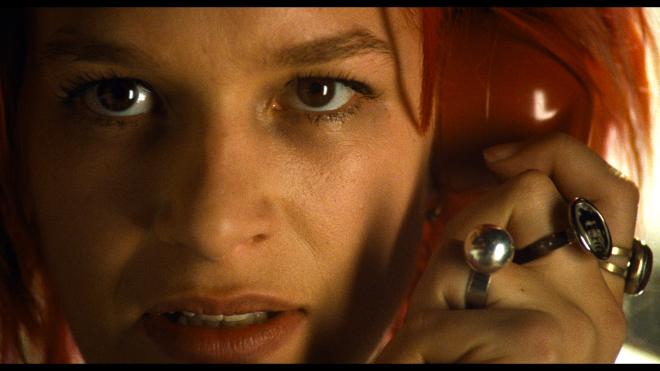 Vital Disc Stats: The 4K Ultra HD Blu-ray
Run Lola Run makes her first sprint to 4K Ultra HD Blu-ray from Sony. Exclusive to the 11-film Sony Pictures Classics 30th Anniversary Collection, this is a single-disc 4K UHD only offering. No Blu-ray or digital code is included. Similar to Sony’s Columbia Classics 4K Ultra HD Collections, this film gets its own case with a custom slipcover and original theatrical artwork for the case insert with a BD-66 disc to handle the film and bonus features. The disc loads to a static image main menu with standard navigation options and the bonus features panel along the right side of the screen. 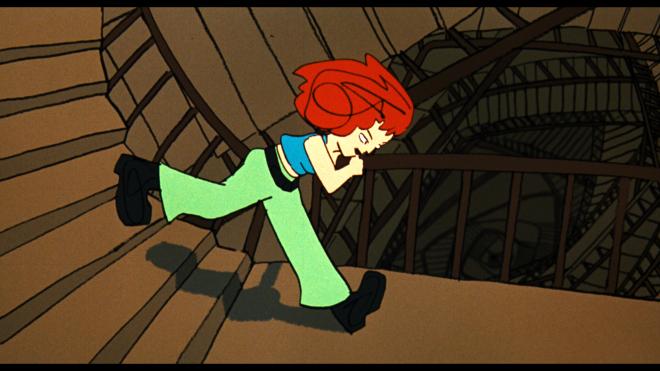 After a very solid Blu-ray release in 2008, Run Lola Run takes off with a very impressive 2160p Dolby Vision (with HDR10) transfer that breathes new life into this highly stylized film. And I do mean stylized! Between animation interludes, flashbacks bathed in red light, quick cuts, slow motion, on top of dynamic color timing choices - this film isn’t exactly easy to pin down on any format. Suffice it to say from one scene to the next it’s an intense experience but this 4K disc manages everything very well. Details are terrific with clean facial features, clothing textures, and the various locations throughout Berlin are all wonderfully displayed. Film grain, for the most part, is well-rendered and natural looking however there are a few smash cuts, process shots, and some segments where grain is notably noisier but to some degree that’s always been the case. In these moments details can also look a little crispy, but they're relatively brief and don't otherwise hold back the overall experience. 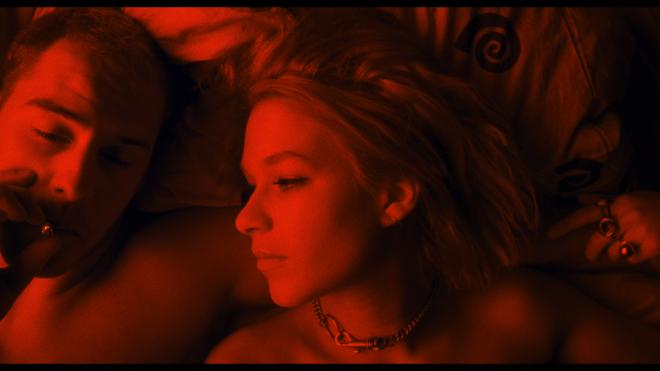 Dolby Vision offers a number of enhancements over the Blu-ray giving colors a more richly defined presence while helping improve black levels and whites. Now in keeping with Frank Griebe’s stylized cinematography, shadows and dark spaces tend to take on more of a brownish shade than deep inky true black. As well as I can remember it’s always been that way. This film has an overall yellow/brown presence for a number of sequences but there's plenty of color pop with Lola's bright orange locks and green pants. That said, those deeper darker browns offer more depth than before greatly improving the overall natural three-dimensional depth of the film. Whites also look more crisp and clean than the old Blu-ray. Those scenes shot on video are still rather janky looking compared to the rest of the film, but there’s no helping them. All around a very satisfying upgrade. 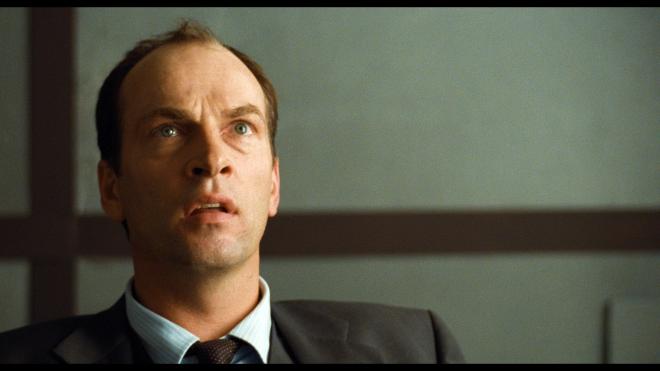 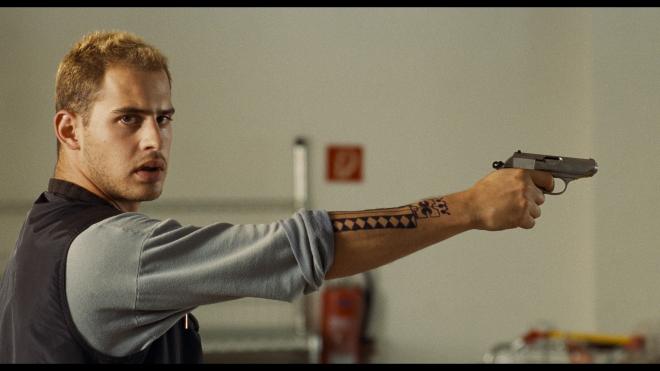 As for the audio run, we’re treated to the same strong and effective German DTS-HD MA 5.1 with English subtitles or a pretty rough English Dub DTS-HD MA 5.1. I say “rough” because like most dubbed tracks out there, it sounds silly. The voices just don’t work for me, never have. So if you can read subs easily enough stick with the original German track. While I’m bummed this didn’t see an Atmos upgrade, it’s still an effective track with clean dialog, wall-to-wall surround presence, and a kickass soundtrack to thump the bass. With DTS Neural:X employed, it really opened things up giving key sound effects for various sequences plenty of oomph. 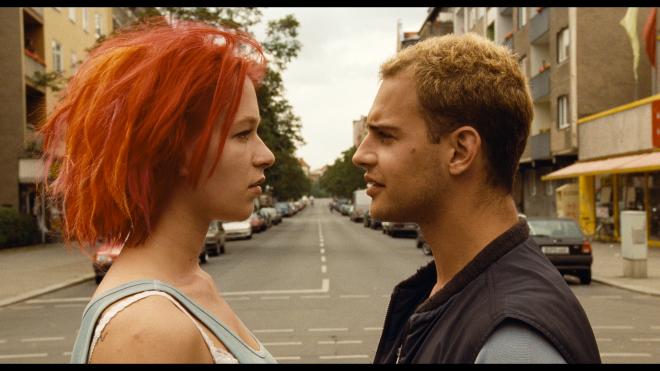 True to form, Sony cobbles together a collection of new and archival bonus features to pick through. The making-of and retrospective features from the DVD and Blu-ray are back along with the great audio commentary From Tom Tykwer and Franka Potente. But new to the slate - at least not one I have ever seen (or heard in this case) anywhere is a commentary track with Tykwer and his editor Mathilde Bonnefoy. They’re speaking German but there are English subtitles. 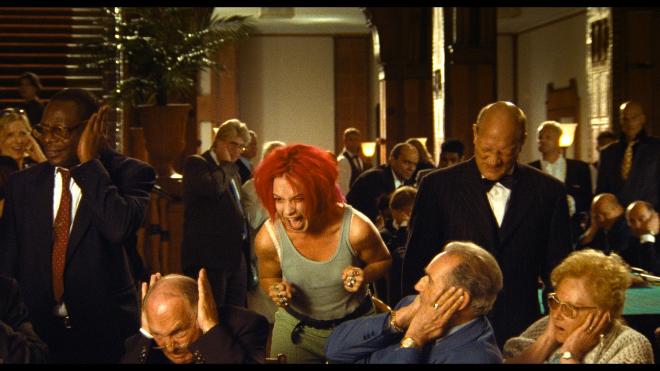 Tom Tykwer burst onto the global cinema scene with this stylish and crafty thriller. Run Lola Run features a terrific performance from Potente and the rest of the cast for a highly energized flick. You’ll want to take off for a run down the street! Now as part of the 11-Film Sony Pictures Classics this amazing film scores its first 4K Ultra HD Blu-ray release. With a new excellent 2160p Dolby Vision Transfer the film looks fantastic with the same impressive audio offerings - stick with the German! This disc also includes a nice selection of bonus features to dig through with two very informative audio commentaries. If this flick ever gets its own solo 4K disc releases - Highly Recommended