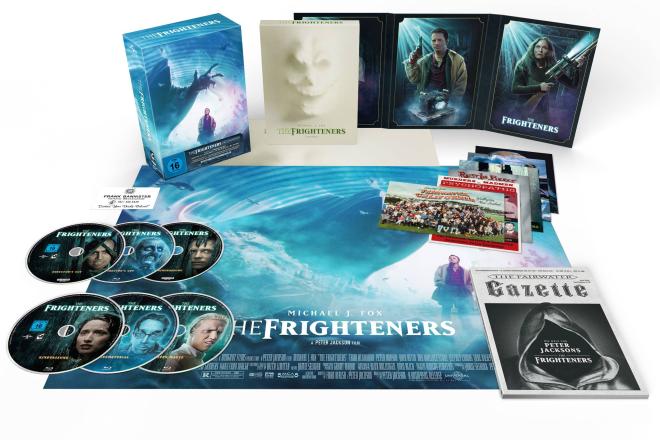 Evil has awakened in the sleepy Californian town of Fairwater... and only one person can stop it: Frank Bannister earns his living as a ghost hunter - he frees haunted houses from their uninvited guests. In truth, however, he is in cahoots with the ghosts - a perfect deal! One day, however, when a truly evil spirit goes on a murderous rampage through Fairwater, suspicion falls on Frank. Now he urgently needs to prove his innocence and end the spook... without ending up in the afterlife himself!

In 1996, director Peter Jackson (THE LORD OF THE RINGS) and producer Robert Zemeckis (BACK TO THE FUTURE) created THE FRIGHTENERS, a crazy horror comedy with groundbreaking special effects, music by Danny Elfman and a brilliant cast.