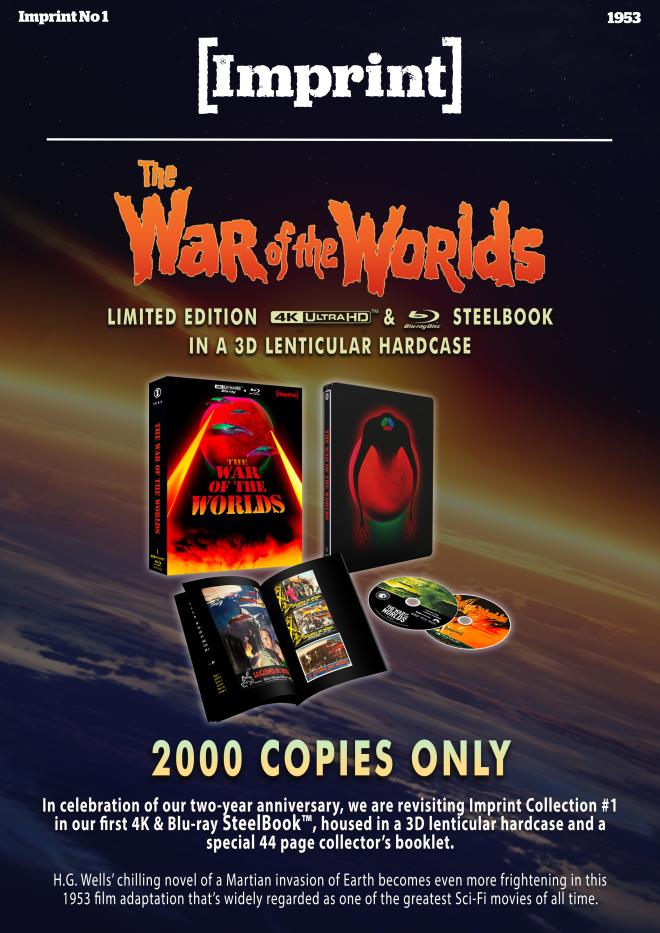 In celebration of our two-year anniversary, we are revisiting Imprint Collection #1 in our first 4K & Blu-ray SteelBook™, housed in a 3D lenticular hardcase and a special 44 page collector’s booklet.

H.G. Wells’ chilling novel of a Martian invasion of Earth becomes even more frightening in this 1953 film adaptation that’s widely regarded as one of the greatest Sci-Fi movies of all time.