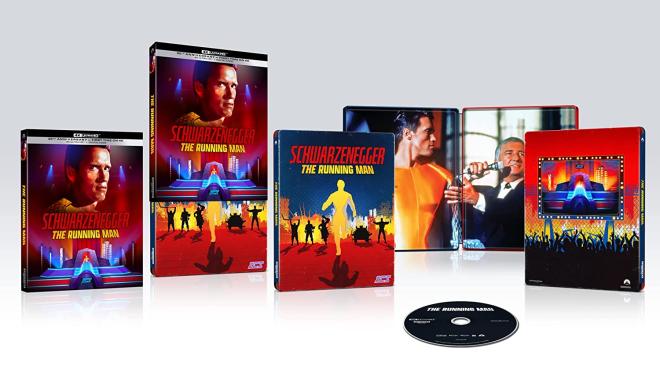 Arnold Schwarzenegger leads this thrilling, big-screen action blockbuster, looking better than ever for its 35th Anniversary on 4K UHD with HDR-10 and Dolby Vision. Set in a dystopic 2017 Los Angeles—now a police state in the wake of the global economy's total collapse. “The Running Man” is the hottest-rated reality competition series, where condemned criminals are given a chance for freedom by running through a gauntlet of heavily armed killers known as "Stalkers." When an ex-cop (Schwarzenegger) is wrongly convicted of a violent crime, he finds himself on the series in the company of other prisoner “contestants.” Based on the story by Stephen King (written under his pseudonym Richard Bachman), THE RUNNING MAN features an unforgettably motley supporting cast, including Yaphet Kotto, Maria Conchita Alonso, Jim Brown, Jesse Ventura, Toru Tanaka, Mick Fleetwood, Dweezil Zappa and Richard Dawson.