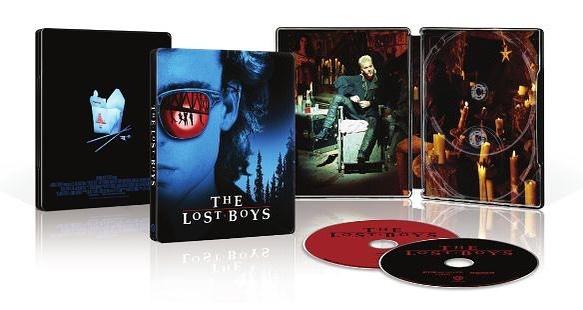 When their parents’ divorce, Michael (Jason Patric) and Sam Emerson (Corey Haim) move with their mother to their grandfather’s house in a California town nicknamed, “The Murder Capital of the World.” Soon after arriving, Michael gets involved with a hell-raising motorcycle gang of vampires with a charismatic leader (Kiefer Sutherland).  When Sam becomes involved with the Frog Brothers (Corey Feldman and Jamison Newlander), who confess to being undercover Vampire hunters, he realizes it’s up to them to save Michael and the rest of the town from the vampire gang.

·     "The Return of Sam and the Frog Brothers: Multi-Angle Video Commentary by Corey Haim, Corey Feldman and Jamison Newlander" RT: 18:23