His name is Henry, and he has no problem killing. A loose retelling of the exploits of famed serial killer Henry Lee Lucas, Henry: Portrait of a Serial Killer is a gritty and often shocking piece of work. Co-written and directed by John McNaughton and starring Michael Rooker, the late great Tom Towles, and Tracy Arnold, the film comes to 4K Ultra HD Blu-ray in stylish new Mediabook release from Turbine Media Group scoring an excellent Dolby Vision transfer and tons of bonus features to pick through. If you’ve been waiting to add this to the collection, make some shelf space. Highly Recommended.

Henry (Michael Rooker) is a madman. To look at him you wouldn’t believe he was capable of murder. While he works as an exterminator or any number of odd jobs, his actual profession is death. Now out of jail, he moves in with his prison pal Otis (Tom Towles) and his sister Becky (Tracy Arnold) in their Chicago apartment. As Henry and Becky get close, Henry carves out time with Otis stalking the streets of Chicago assaulting and murdering prostitutes. Now with Otis involved in Henry’s world of murder and mayhem, the two go on a series of spree killings undetected and undeterred by law enforcement. But as their spree continues, Otis’ lust for carnage becomes insatiable.

Shot in 1985, Henry: Portrait of a Serial Killer had a damned difficult time securing a release. Originally intended as fodder for the growing home rental market, the film was shot cheap for around $120,000 and on 16mm. While the film may not have the trappings of a large-budgeted feature, the grimy locations and rough-around-the-edges quality actually lend to its shock value. Originally saddled with an X rating in the U.S., it’d be the subject of frequent edits and cuts throughout the world before a true unedited and unrated version could finally be released for genre fans to devour.

What follows is a gnarly and unflinching film. Co-writer and director John McNaughton slowly brings the film’s most shocking pieces into play. The film’s opening montage of brutally murdered and mutilated women is simply the appetizer. While the film overall is light on gore or viscera, its intensity is what gives Henry: Portrait of a Serial Killer its reputation. It’s dark and disturbing with little to no respite or room for humor. 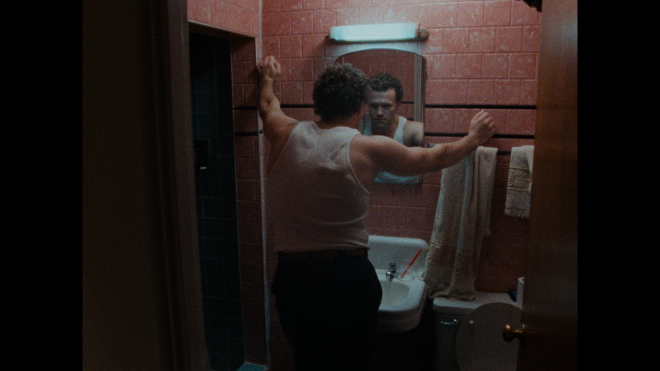 But, given that this film is loosely based on the real-life serial killers Henry Lee Lucas and his partner in murder Ottis Toole, there isn’t any space for humor or light-hearted anecdotes. Now, for the true-life Henry, he’s often credited as the most prolific serial killer ever, but you can’t believe his stories. After arrest, he would frequently confess to killings - often after being given access to unsolved murder case files - to get special privileges. He was credited with hundreds of killings but in actuality, his total is far, far smaller. So for those looking to actually learn more about the true killer, I highly encourage you to check out the multi-episode series from Last Podcast on the Left.

Real-life inspiration aside, Henry: Portrait of a Serial Killer is still a chilling film. While John McNaughton deserves a lot of credit for his writing and the film’s tight direction, the film wouldn’t be what it is without the cast. In his debut performance, Michael Rooker commands the film. That capacity for sudden explosive violence is on display in every scene. Even when he’s just sitting there eating dinner, he’s carrying a force and energy that just makes the simplest movement unnerving. After Rooker, we have another great turn from veteran character actor, the late great Tom Towles. Towles’ Otis starts out as a rather funny character with a notably blue sense of humor - but otherwise relatively harmless. It’s when his desires for murder are awakened that he becomes a more imposing and terrifying presence. Tracy Arnold also deserves praise for her turn as the innocent Becky. She doesn’t get a lot to do, but by the end of the film, she’s fully shown her range. 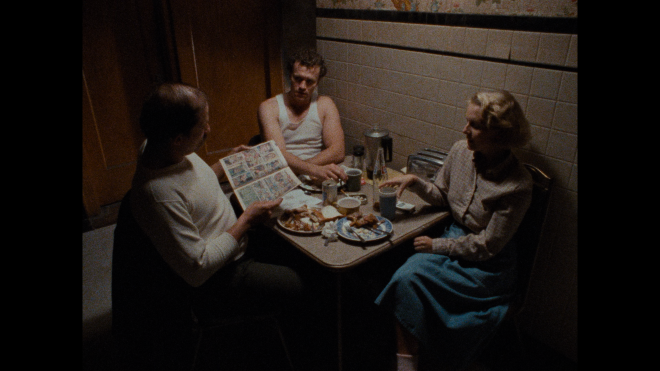 Over thirty years later and Henry: Portrait of a Serial Killer is still a shocking and terrifying film. Its gritty and grungy aesthetic and raw performances make it a visceral and unsettling experience to this day. Now the violence may be considered tame by a lot of today’s run of horror and exploitation films, but Henry still packs a wallop. There’s good reason this film has maintained its reputation. While not a film I often watch, it’s one that still creeps me out. It doesn’t help that in my earlier years I lived near a lot of the film’s shooting locations! After watching this movie you start to look down those dark alleys a little differently. If you’ve yet to check this out, with the new 4K Ultra HD Blu-ray releases, now is the best time to give Henry: Portrait of a Serial Killer a spin.

Vital Disc Stats: The 4K Ultra HD Blu-ray
Henry: Portrait of a Serial Killer stalks the streets of 4K Ultra HD Blu-ay in a three-disc Mediabook set from Turbine Media Group. The 4K version of the film is pressed on a BD-66 disc, with a Region Free BD-50 disc for a 1080p Widescreen version of the film, and a Region Free-BD-50 for the standard 1080p presentation and additional bonus features. Inside, the 32-page booklet contains interviews, photos, and essays - but is in German. As mentioned in previous Turbine releases, if you use the Google Translate app on your phone, you can read this material fairly easily without any real translation hiccups outside of movie titles being somewhat different. Each disc loads to a static image main menu with traditional navigation options. 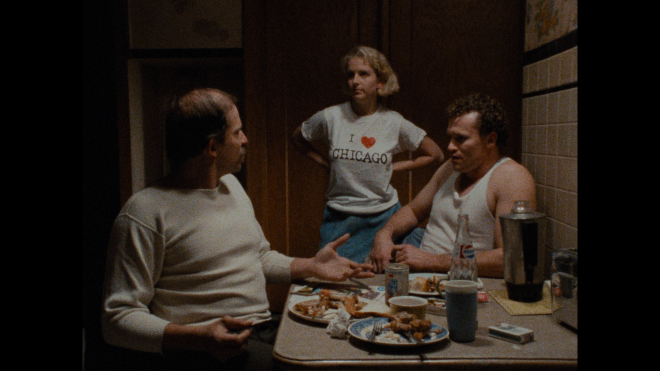 16mm released on 4K is always a dodgy prospect, but Henry: Portrait of a Serial Killer is yet another shining example of what the high-end format can bring for films shot on the economically mid-level filmstock! While not a film I pull out often, it’s one I watch with some regularity and I’ve never seen it look this good. By its own standards, it’s cleaner and clearer looking than ever before. From the opening frames of the recently departed to Otis and Becky’s rough apartment to the grimy streets of 1980s Chicago, there’s a lot more fine detail to see and appreciate. Facial features, clothing, and textural details all pick up notable improvements. Film grain is intact and again because it's 16mm is a lot more apparent than what you’d see from a 35mm feature. But for a gritty and grimy film like this it’s a welcome visual aesthetic much like we saw with The Hills Have Eyes or The Texas Chain Saw Massacre 4K Ultra HD Blu-ray releases.

Dolby Vision HDR and HDR10 offer extra refinements in colors and especially in the dark shadowy sequences of the film. The colors are suitably grungy looking for this release. The film has always had a heavily brown-ish leaning feel, but there hasn’t been a radical color-timing shift or anything to worry about in that regard. Red gets plenty of play given all of the blood on screen, but there’s plenty of proper Blue and Yellow. Skin tones are natural and healthy throughout. Whites are suitably crisp and clean. Black levels are desirably inky. There are a few night sequences that always looked very dark - the first prostitutes' murders is a key example - and that remains here but thankfully avoids crush. I felt like I was seeing more fine detail but nothing to say the scene had been brightened or enhanced. Shadows are also well defined but again this is all limited to the original source elements. There’s just so much you’re going to get out of 16mm before you max out. All around this is a great transfer that offers up great clarity and depth to the image while retaining its natural gritty grungy appearance.

Also, coming with this release from Turbine is a rare 1.78:1 widescreen presentation. There have been several attempts at reframing this film for widescreen and while I appreciate the effort, it really doesn’t work that well. The biggest issue is of course the limitations of the 16mm film stock. The film wasn’t shot for widescreen so cropping to fit the screen shifts the focus a bit so details can be a bit softer and film grain is much more apparent and even distracting to a point. To my understanding director John McNaughton has never approved for a widescreen master so the appropriate 1.33:1 framing is how the film is meant to be seen. That said this is not the worst blowup reframing I’ve ever seen, it’s just notably different from the 1.33:1 4K and 1080p presentations. There are moments it looks quite excellent showing that some care and attention was made to the framing of various shots to not lose too much visual information at the top and bottom from the cropping and it doesn't appear that any smoothing or sharpening was employed to compensate. 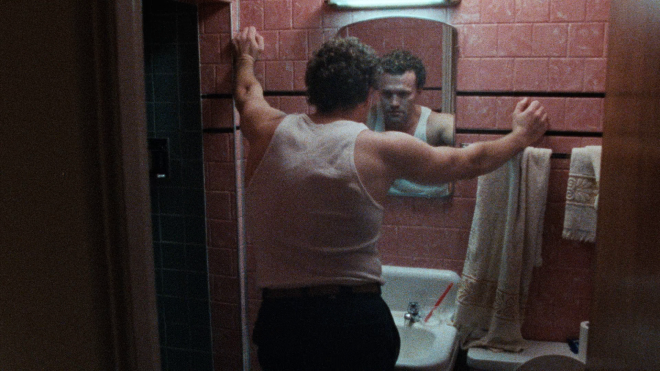 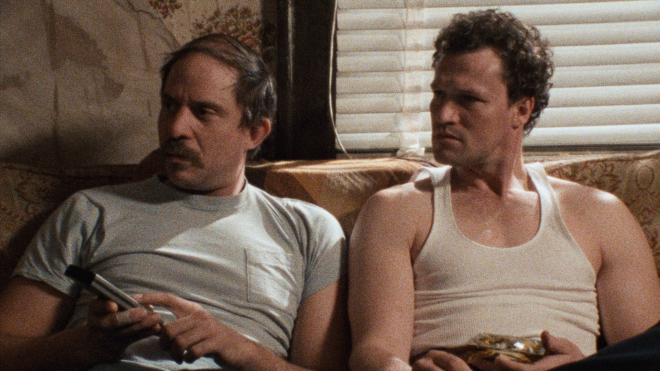 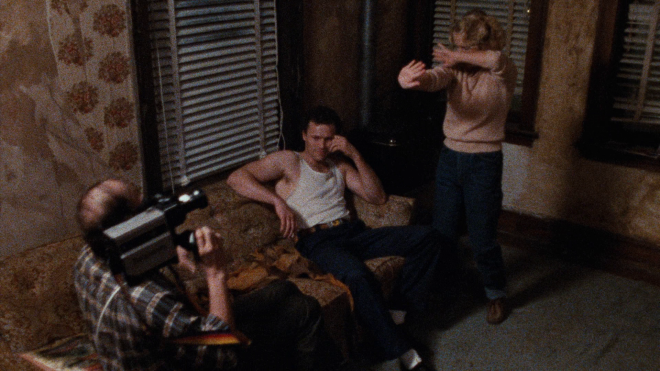 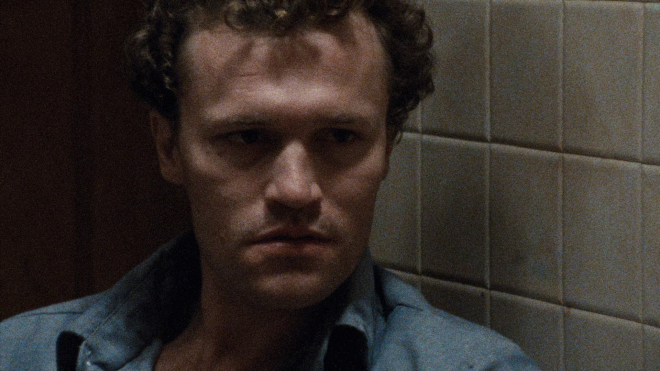 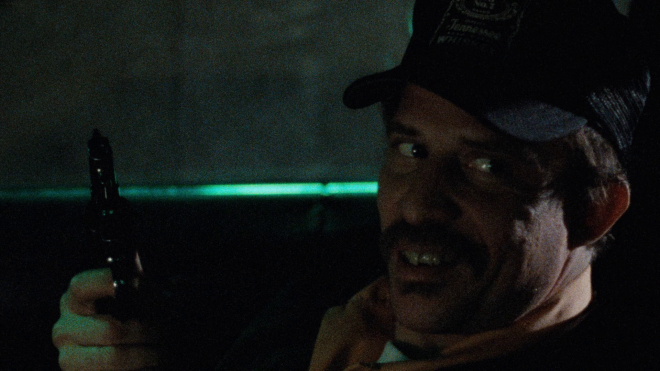 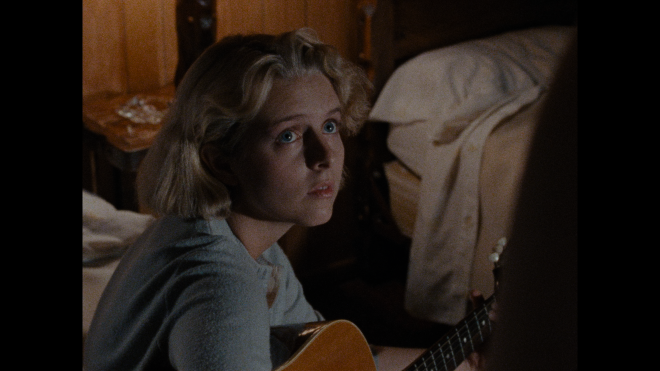 This release of Henry: Portrait of a Serial Killer scores three excellent audio options - an English DTS-HD MA 2.0 track, a DTS-HD MA 5.1, and a German DTS-HD MA 2.0 track. Being a German release, the German 2.0 track is the default so you’ll have to change that in the main menu or with your remote. Both are very good, but I’d lend my ear closer to the 2.0 mix over the 5.1. The 5.1 track is solid in its own way bringing an interesting surround presence to the film, but it can often feel a little stretched and thin. To cap it off there are several stretches that feel more front/center loaded anyway with little surround action in the soundscape. In contrast, the 2.0 track stays even and powerful without any kind of loss. The film isn’t complicated in that regard so the 2.0 just feels more natural. Both tracks offer clean clear dialog that’s never an issue. These audio options are also carried over for the Widescreen presentation as well. 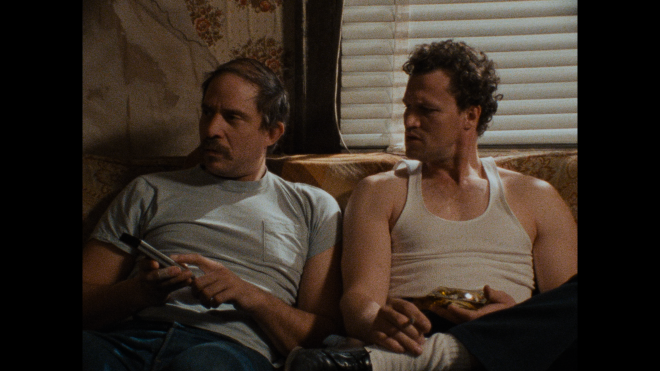 In addition to scoring an excellent A/V presentation, Turbine Media Group gives Henry Portrait of a Serial Killer an excellent selction of bonus features to pick through. The John McNaughton and David Gregory audio commentary is engaging and very informative, McNaughton isn’t one to shy away from discussing the making of the film. The interview segments are nice to see as is the inclusion of the Making of documentary Portrait - The Making of Henry. While this release compared to the Arrow set doesn’t have the other two commentary tracks, it does come with an exclusive storyboard comparison collection and an additional interview with McNaughton. It’s a small case of win some lose some but overall what you’re getting here is a tight little package. 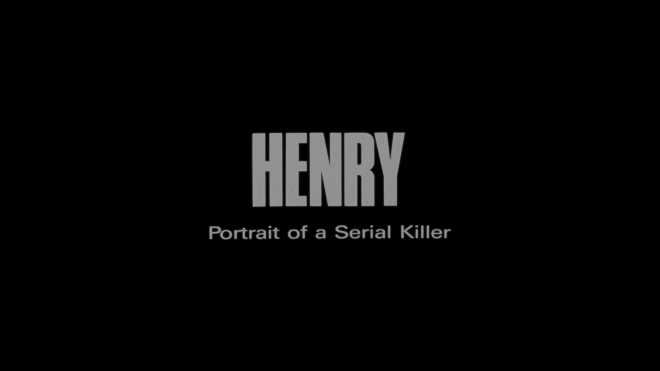 Henry: Portrait of a Serial Killer is often held as one of the scariest movies ever made. I might not call it that, but it’s certainly unnerving and intense, especially if you know the true characters that inspired the film. Nearly 40 years later and this film still packs a visceral punch and now thanks to Turbine Media Group sporting a slick Mediabook package with a fantastic Dolby Vision transfer and clean clear audio tracks to choose from. This is another top tier restoration work for another 16mm horror classic.

Now, Arrow Video has also released their own Limited Edition release featuring the same excellent A/V presentation. Besides the packaging, the only difference is in bonus features with that release picking up some exclusive interviews and two additional commentaries. Truly, you can’t go wrong with either release so it all boils down to preference. Highly Recommended