Ever since 1989, you can’t go too long without a new Batman movie. The Batman sees writer/director Matt Reeves team with Robert Pattinson combining their creative talents to deliver fans and exciting new take on the Dark Knight. Now on 4K Ultra HD Blur-ay with an excellent Dolby Vision transfer and Atmos audio with a slick bonus features package, Best Buy brings fans their own slick retailer exclusive SteelBook. This custom art is dynamic, beautiful, and looks terrific on the shelf. Whether or not the extra few bucks to pick this set up is worth it will depend on the fan.  Highly Recommended

"Another day, another take on the world’s greatest detective. With the fan-dubbed DCEU “Snyderverse” floundering in the wake of the critical drubbing of Batman v Superman and the horrible theatrical version of Justice League and Ben Affleck’s exit from his own solo project, Planet of the Apes shepherd Matt Reeves was brought in to deliver hungry Bat-fans a fresh new take on the masked vigilante. Moving away from the heavily Frank Miller-inspired material of the last films, Reeves' The Batman pulls pieces of the classic Long Halloween storyline while cherrypicking bits and pieces of Batman lore that’s part classic early Bill Finger Batman and part gritty hard-boiled Dashiell Hammett detective with nods to the Arkham games and even the 1966 television series. The cape and cowl are practically lifted from Mike Mignola’s Gotham By Gaslight design. 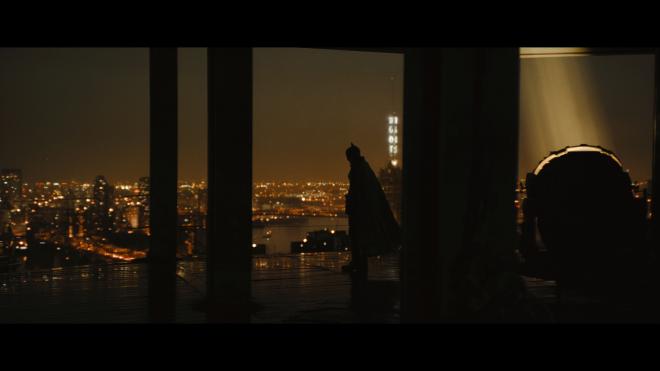 For my part, I loved The Batman, gleefully going to see it at IMAX three times in as many weeks ahead of its arrival on HBO Max where I've honestly lost track how many times I've watched it. This is the kind of thing I want to see in a Batman film for a long time. Don’t get me wrong, I think the Nolan films are good - well the first two of the three - but Batman still was relatively an incidental figure compared to the life of Bruce Wayne when it should be the other way around. Bruce Wayne is Batman, not Batman is Bruce Wayne. This Batman is still raw and new to the streets but cuts an imposing figure ready to strike fear into the hearts of Gotham’s criminal element. This film gives him strikingly little time out of the cape and cowl and when he is out from under the mask, he’s far from the attractive hunky billionaire playboy. This nightlife of crimefighting has taken its toll and he genuinely looks like crap."

The Batman flies into action on 4K Ultra HD Blu-ray from Warner Bros. in a three-disc 4K UHD + Blu-ray + Digital set. Best Buy brings fans their own retailer exclusive SteelBook set. The 4K disc is pressed on a BD-100 disc with the 1080p on a BD-50 with another BD-25 disc for the bonus features. The discs occupy their own trays and are not stacked on top of each other. Each disc loads to a static image main menu with basic navigation bar at the bottom of the screen. The included digital copy can be redeemed through Movies Anywhere and will port to all connected and supported digital streaming services. 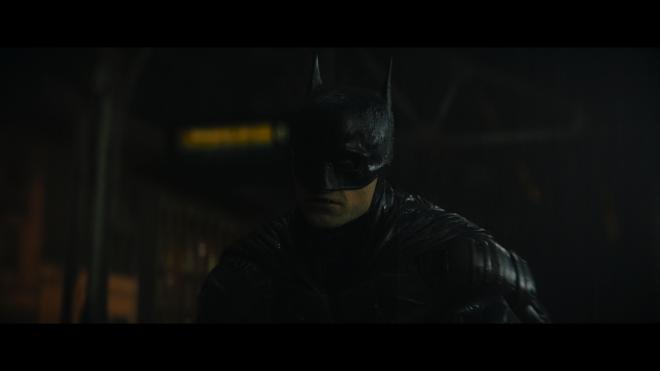 "The Batman storms onto 4K Ultra HD Blu-ray with an often stunning albeit very dark native 4K 2160p Dolby Vision transfer. I mean, this is a Batman movie - it’s going to be dark but this film took that to a whole new level with some beautiful cinematography by Greig Fraser. The film is steeped in shadows - even when it’s daylight there are dark ominous shadows for any character to lurk in and it’s glorious. Details are pristine allowing you to fully take in facial features (lighting contingent), the Penguin’s extensive makeup effects, and costume textures. Looking closely I love the details in Batman’s skull-like cowl from the individual stitching to the scrapes and scuffs he’s taken from close-quarters combat. You can also fully appreciate the practical and CGI elements employed to create this new Gotham City with London, Chicago, Liverpool, and Glasgow locations used to create the city.

The Dolby Vision pass has a lot of work to do with the black levels and it handles the load magnificently. There are deep creepy black voids that slowly ease into the available light allowing for some dramatic entrances for Batman. The film isn’t one to celebrate for its bright primaries except for a few key incidents of blood or deep red lighting and the yellow pulsing lights of the Iceberg Lounge. Whites are crisp without blooming - at least where it isn’t intentional. The primary lighting for a lot of the film is those eerie orange sodium lamps. There are many scenes like where Selina breaks into the mayor’s house that have very little lighting except for whatever ambient light is coming in through the windows. It’s moody and beautiful stuff - I loved it and it certainly makes for some demo-worthy material. But depending on your setup, it’s likely going to stress test your capabilities and may require a fully dark screening room to appreciate - even still, it's a beauty." 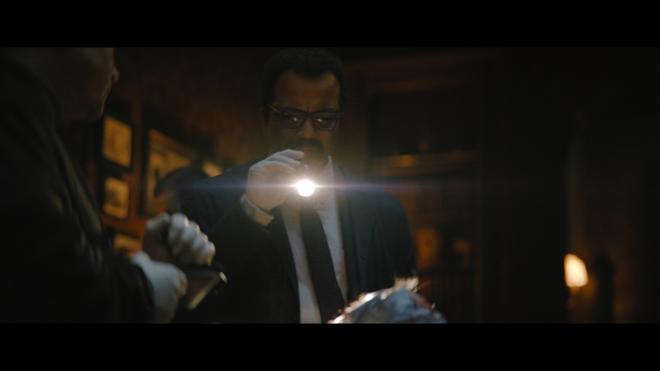 "Both the 4K and 1080p Blu-ray releases score a fantastic Dolby Atmos audio mix. Since this is a very wet movie with a lot of rain, there’s plenty of near-constant overhead activity in the height channels. Likewise, even in the quietest scenes of Arkham or the crime scene in the Mayor’s mansion, there’s plenty of surround activity to keep the channels active and fully engaged. Dialog is never an issue even with a lot of whispering and low-voiced conversations. Never felt the need to compensate there. Action sequences like the big car chase, the final climactic fight sequence, or the pulsating music of the Iceberg Lounge go full immersion blasting throughout the channels without drowning out score, dialog, or key sound effects. Michael Giacchino’s score is a great accompaniment to any given scene and is well placed through the front/center/height channels and for some segments into the sides. Then you have the guttural screeching engine of the Batmobile punching LFE nicely on top of several key sequences throughout the film. Not that you need to, but play it loud! I’m glad most of my neighbors work during the day otherwise I wouldn’t get away with half the movies I watch to review and this was a fun one to crank up." 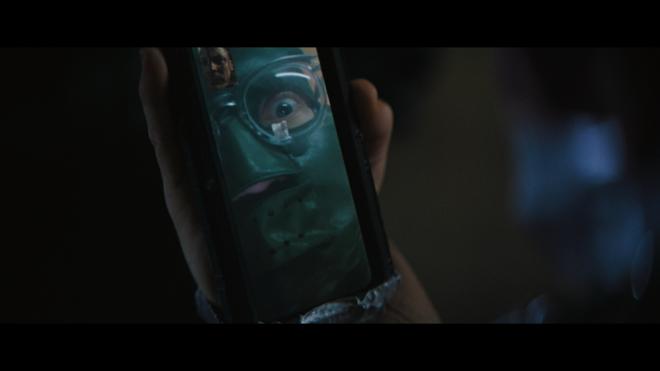 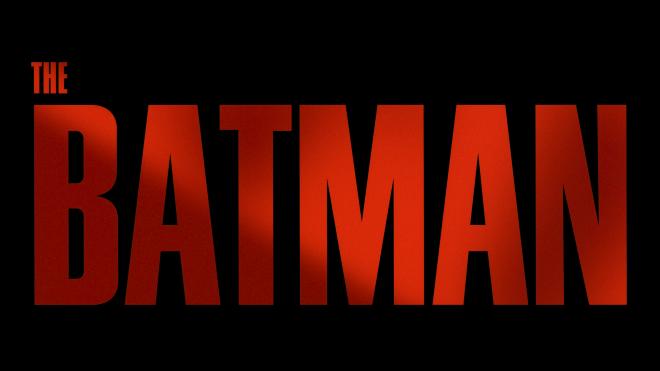 The Batman is nearly three hours of Dark Knight glory bringing the franchise back to its hard-boiled detective roots. With terrific performances from Robert Pattinson, Colin Farrell Zoë Kravitz, Jeffrey Wright, and Paul Dano as the Riddler, this is a damned exciting relaunch for an old character.

Not content to sit on the sidelines, Best Buy delivers fans their own slick SteelBook featuring some classy custom artwork. The 4K Ultra HD Dolby Vision transfer and Atmos audio track are fantastic making an essential addition to the collection - now if you’re a SteelBook collector, this is a hard one to pass up. Highly Recommended.