Almost ten years after the first movie ignited a nationwide debate on the depiction of violence, director Michael Winner (The Mechanic, The Sentinel) reunites with star Charles Bronson for the sequel, Death Wish II. Although a bit wonky and choppy, more in the editing department than in the writing, the follow-up is an inferior version of the former, but Winner manages a serviceable continuation to the controversial 1974 crime-drama classic. As always, Bronson brings his signature soft-spoken but lethal tough-guy persona, portraying a loving father with a deep, dark secret. With his usual hard, stoic glower, as if angrily staring at the sun even at night, he's convincing in the role of a man with a corrupted sense of morality, patiently waiting and plotting to impart some street justice on some no-good punks. He adds some dimensionality and gravity, however small, to a story that essentially retools the same plot of its predecessor.

Only, instead of taking his frustrations with a violent world out on every hoodlum and ruffian that crosses his path, he hunts the vicious gang members directly responsible for the death of his still traumatized and catatonic daughter (Robin Sherwood). As the action builds and the body count rises, the LAPD somehow surmises the deaths of drug-dealing gangbangers are the work of a vigilante and call in the help of Detective Frank Ochoa (Vincent Gardenia), whose intentions are a bit fuzzy and oddly come out of nowhere. It's one of several puzzlingly flimsy plot elements meant only to jump from one action sequence to another and simply move the story forward. Nevertheless, Winner delivers a decently amusing follow-up though the script is full of shoddy silliness. In the end, being a mediocre imitation of its predecessor and taken for what it is, Death Wish II established a franchise that makes for an easy watch on a lazy weekend afternoon.

Vital Disc Stats: The Ultra HD Blu-ray
Courtesy of Vinegar Syndrome, Death Wish II stalks the streets of 4K Ultra HD Blu-ray as a two-disc package with a limited-edition slipcover. A Region-Free, dual-layered UHD66 disc sits comfortably opposite a Region A locked, BD50 copy containing a healthy selection of special features. Both discs are housed inside the standard black, eco-elite keepcase with a sturdy cardboard slipcover and reversible cover art. At startup, the disc goes straight to a menu screen with the usual options along the bottom, full-motion clips and music playing in the background. 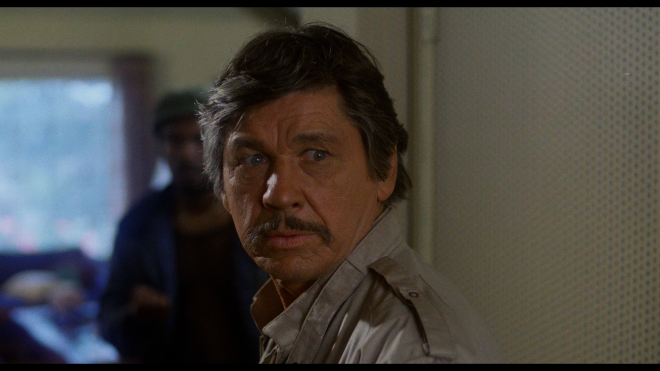 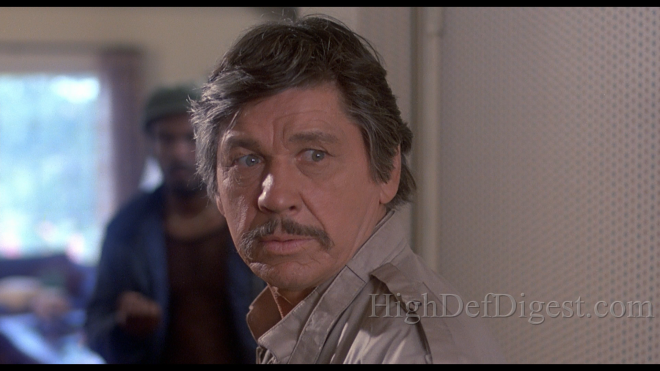 The cult vigilante sequel exacts vengeance on Ultra HD equipped with a jaw-droppingly gorgeous, reference-quality HEVC H.265 encode that was struck from a recent, brand-new remaster of the original 35mm camera negatives. The highly-detailed, native 4K transfer flaunts about with razor-sharp definition throughout, exposing every nook and cranny of the Kersey household, the seedy motel room, and the grimy streets of Los Angeles. Day or night, the individual cracks on sidewalks or walls of buildings are plain to see, the lettering of various advertisements is always legible, and facial complexions reveal the minute wrinkles, pores, and negligible blemishes of the entire cast.

Looking refreshed and rejuvenated, the HDR10 presentation also boasts a massively improved color palette, showering the action in sumptuous primaries and rich, full-bodied secondary hues, which really makes the 80 décor and fashion pop in spite of the dark subject matter. Skin tones appear far more natural with a healthy red-peachiness in the cast. The cinematography benefits from the boosted contrast and brightness balance, bathing the visuals in crisp, brilliant whites and accurate, inky blacks with deep, velvety shadows that don't ruin the finer details within the darkest corners. Specular highlights provide a vivid, radiant sparkle to watery surfaces and the chrome trimming of vehicles while the hottest spots, like the various light sources and one fiery explosion, come with better clarity and visibility.

Awash in a very fine layer of natural grain, the 4K HDR transfer is a remarkable upgrade from its HD SDR counterparts, providing the 1.85:1 image with a gorgeous film-like appeal. It is almost as if watching the movie for the very first time. (HDR10 Video Rating: 96/100) 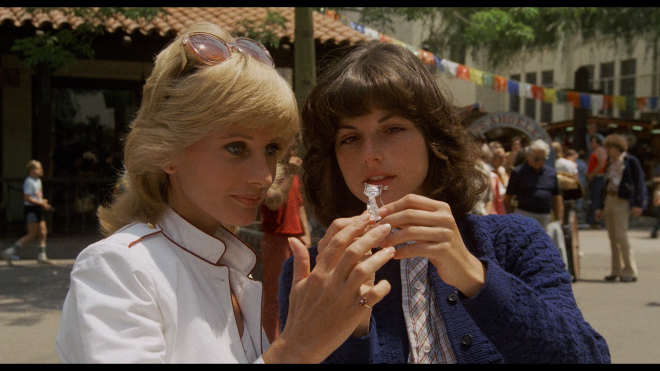 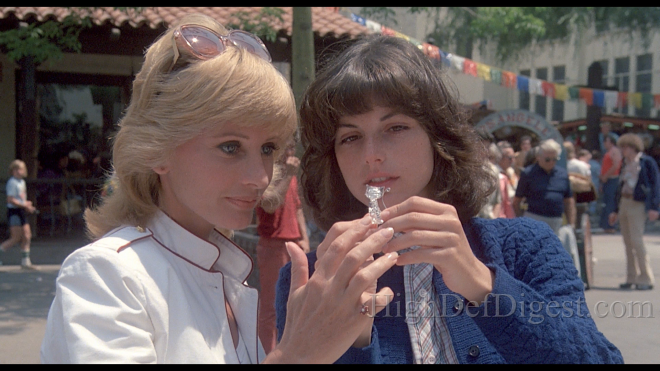 The crime drama shoots up home theaters with a great and nicely cleaned-up DTS-HD Master Audio 2.0 mono soundtrack that doesn't differ much from the previous Blu-ray editions. Although fairly sharp and well-defined throughout, the mid-range isn't particularly impressive or dynamic, which has more to do with the original production rather than any issues in the codec. Still, imaging nonetheless maintains strong distinction and clarity with an appreciable acoustical presence during the loudest segments. The same can be said for the low-end, but the bass is adequate and appropriate, providing some weight to the music and gunshots. More importantly, the vocals are very well-prioritized and precise, allowing fans to hear all of Bronson's tough-guy dialogue. All things considered, this lossless mix is a good addition to the outstanding 4K video. (Audio Rating: 78/100) 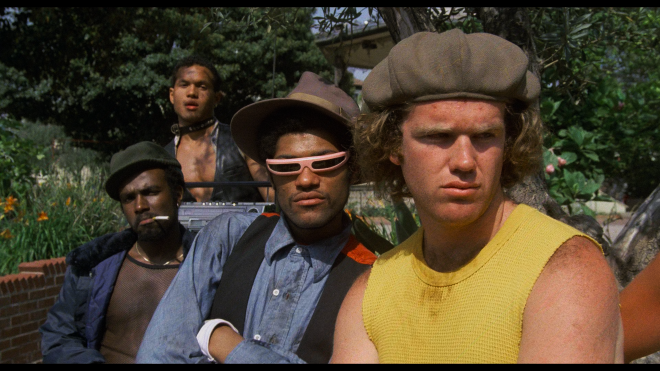 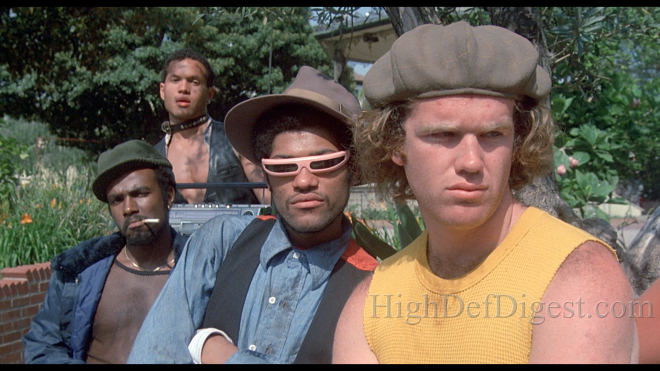 For this UHD edition, Vinegar Syndrome delivers vengeance with a nice set of supplements, all of which are available on the accompanying Blu-ray disc. 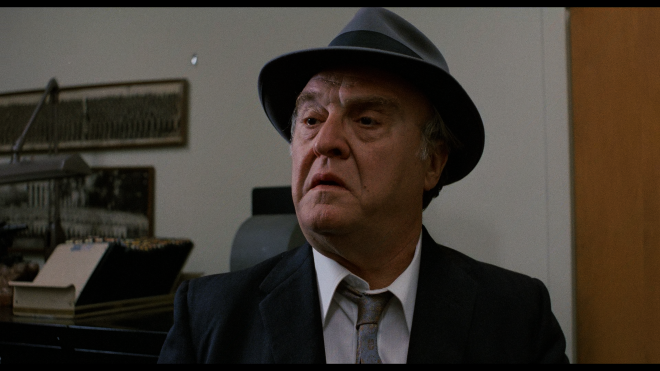 Though failing to come close in quality to its predecessor, Death Wish II still manages to entertain with several good bits of action. Director Michael Winner returns with this follow-up of Charles Bronson's vigilante hero, and although it is inferior to the first movie, the sequel is nonetheless an amusing effort for a lazy weekend afternoon. Courtesy of Vinegar Syndrome, vengeance stalks the dark, crime-ridden streets of Ultrs HD equipped with a stunning, reference-quality 4K HDR10 presentation and a strong DTS-HD Master Audio 2.0 mono soundtrack. With a healthy selection of bonuses, the UHD package is recommended.