Remembered for Mathilda May's revealing performance as a space vampire, Tobe Hooper's cult sci-fi horror classic Lifeforce is also fondly treasured for having one of the most bizarre yet highly imaginative movie conceits: vampire mythology originates from outer space. The outlandishly entertaining flick invades 4K Ultra HD with an excellent Dolby Vision HDR video, a strong but somewhat problematic Dolby Atmos track, and the same good collection of bonus features. Nevertheless, the three-disc UHD package is Recommended for fans looking to upgrade from their Blu-ray release.

With the highly unusual blend of science-fiction, alien invasion, zombie and vampire horror, Tobe Hooper's subtly apocalyptic-themed Lifeforce has a wit and charm of its own, one that is as weirdly seductive and freakishly irresistible as the film's star Mathilda May. The buxom French beauty dazzles and mesmerizes on screen with little need for words and as effectively as she does any person with a beating heart and blood coursing through their veins, instantly falling prey to her bewitching ways. May's unnamed alien vampire with the malevolent intentions of sucking the life from Earth is no match for resisting her deadly seductions, and Hooper's film is likewise a strangely compelling and captivating horror feature of the most eccentric sort, not only in its combination of genres but also in its tackling one of the most imaginative themes around.

Based on a book by prolific writer Colin Wilson, the plot essentially proposes that vampire culture and mythology originate from encounters with extra-terrestrial beings, otherworldly humanoids traveling aboard an organic but derelict spacecraft that is itself hitching a ride on Haley's Comet. Bonkers as that premise seems, Dan O'Bannon and Don Jakoby's script stays true to this core idea, and Hooper miraculously turns this nonsense into an absorbing piece of entertainment that falls short of greatness but nonetheless manages to be a good deal of fun. A case could easily be made about the plot's misogynist undertones, which appear near flagrant at times but surprisingly has nothing to do with the naked objectification of May's character. The discussion is particularly problematic when considering men are victims of a woman's sexual prowess, a being that quite literally defines power through her sexuality.

Then again, May's intoxicatingly gorgeous alien yielding such power could also be viewed as one of destruction to the patriarchal order and apparently, the ruin of human civilization. This is where the film's fascinating appeal truly comes in with a story that equally reveals the inherent weakness in all men, especially at the hands of a drop-dead gorgeous woman walking around in her birthday suit. The quest for ending May's reign of terror is on a deeper level born from Col. Tom Carlsen (Steve Railsback) and Col. Colin Caine's (Peter Firth) fear of female sexuality. And we can see this when the alien vampire is occupying Patrick Stewart's body suggesting that this fear inherently resides within all humans, which then could indicate the potential for humanity's annihilation in all of us.

Of course, such readings of Tobe Hooper's cult-favorite Lifeforce can be easily dismissed as nonsensical babble, but the sci-fi horror flick is nonetheless wildly imaginative and wonderfully entertaining with amazing special visual effects by John Dykstra, stunning cinematography by Alan Hume and brilliantly haunting music from Henry Mancini. There has never been an alien vampire as malevolently seductive and fatally irresistible as Mathilda May. 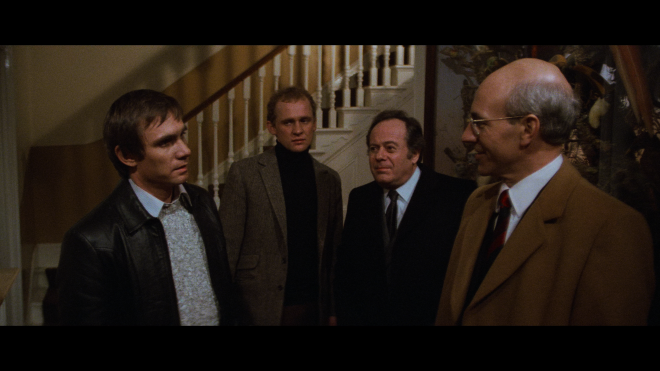 Vital Disc Stats: The Ultra HD Blu-ray
Scream! Factory brings Tobe Hooper's Lifeforce to 4K Ultra HD as a three-disc Collector's Edition combo pack. The UHD100 disc and Region A locked, BD50 disc sit comfortably on the opposing sides of a center spindle while a second Region A locked, BD50 disc sits on the last panel containing the 116-minute Director's Cut. That version features several deleted scenes of minor expository conversations, more time spent in space, a few bits of violence, and other erotic footage, including a kiss between Railsback's Carlsen and Stewart's Dr. Armstrong. The three discs are housed inside a black, eco-elite case with a cardboard slipcover. At startup, viewers are taken to a menu screen with full-motion clips and music playing in the background. 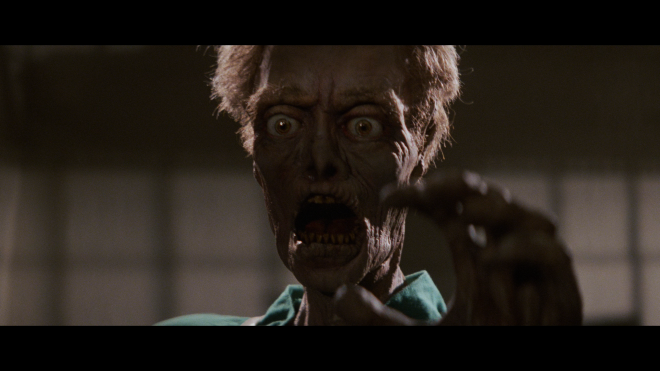 Coming from a brand-new restoration and remaster of the original 35mm camera negatives, the gonzo sci-fi horror flick invades Ultra HD with a freakishly good HEVC H.265 encode that turns its Blu-ray predecessor into a pile of dust.

The native 4K transfer flaunts a notable improvement in overall resolution and definition with a more refined grain structure although it's not always consistent and is noticeably more prominent in some sequences. During indoor nighttime scenes and a few of the optical effects, this fluctuation is understandable and even forgivable, and of course, there are several soft moments sprinkled throughout, which are inherent to the original photography. But in spite of these minor imperfections, the video is mostly sharp with strong detailed clarity in the costumes and of the surrounding foliage. Individual hairs are distinct, and we can better make out the small features in the practical special effects while the pores, tiny wrinkles and minor blemishes in the faces of the cast are often striking.

Presented in its original 2.35:1 aspect ratio, the Dolby Vision HDR presentation also boasts an appreciable boost in contrast and brightness balance, and being a dark movie taking place mostly at night, this upgrade is greatly admired. Deep raven blacks shower much of the action while maintaining excellent visibility within the darkest, murkiest shadows, providing the visuals with impressive dimensionality and an attractive film-like quality. The picture looks fresh and vibrant with crisp, brilliant whites and beaming specular highlights that supply a vivid, narrow sparkle to the hottest spots while still exposing the finer aspects within, which provides a dynamic punch to the scenes in space or during the climactic finish inside St. Paul's Cathedral. Alan Hume's cinematography is also brought back to life thanks to a more richly-saturated color palette, parading about London in energetic blues, lively greens and animated reds. Meanwhile, full-bodied secondary hues bathe the apocalyptic final quarter in dramatic, spirited yellows and vivid, fiery oranges. Facial complexions appear natural with a healthy peachy tone and lifelike textures throughout. (Dolby Vision HDR Video Rating: 82/100) 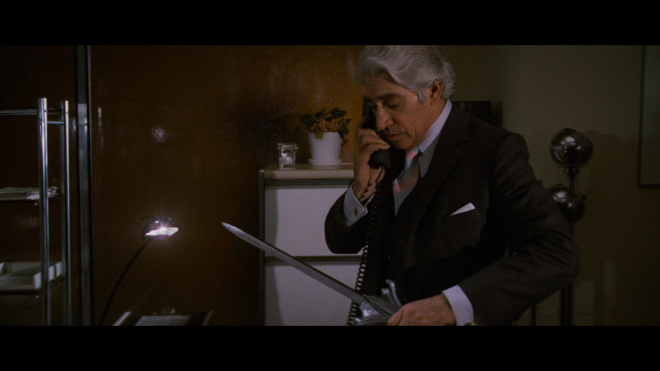 The wonderfully outlandish cult favorite crash lands into home theaters with a great and mostly satisfying Dolby Atmos soundtrack, but there are certain elements that are distractingly forced and obnoxiously loud, which sadly pulls listeners out of the film's enjoyment. The biggest complaint is with the volume of individual sound effects in the surrounds and ceiling channels coming in at significantly higher decibels than the front soundstage. Granted, those effects smoothly pan overhead and all around the room, but they fail to effectively generate an authentic hemispheric soundfield because they are so easily localized and much too brash to ever seem natural. Like its DTS-HD MA 5.1 remix, this object-based option sounds much too processed and even feels strained in a few areas, particularly during the loudest segments in the second half where the noise of the city's destruction is ear-piercing and much too bright. As with the Blu-ray, the better and more preferred listening option is the DTS-HD Master Audio 2.0 stereo soundtrack.

The stereo presentation carries a more natural air to it, as it fills the soundstage with excellent fidelity and warmth. While effects spread into the other two channels with convincing off-screen clarity, dialogue reproduction is precise and well-prioritized in the center. When applying the receivers' Auro-3D up-mixing functionality, the lossless mix has a more energetic and authentic feel. Whether outdoors with the crickets chirping or indoors with the laughing screams of mental patients, various atmospherics and subtle noises effortlessly bleed into the top heights and more effectively generate a constantly active and highly engaging half-dome soundscape. The mid-range is splendidly detailed with sharp distinction during the several loud segments of the aliens sucking the life from their victims, and the music of Henry Mancini exhibits wonderful intelligibility in the orchestration. Low bass is adequate and appropriate for a movie of this vintage, but it also comes with some appreciable weight and depth.

In the end, the low scoring is specifically for the Atmos track, but Lifeforce scores much higher (80/100) and sounds better in lossless 2.0 stereo. (Dolby Atmos Audio Rating: 68/100) 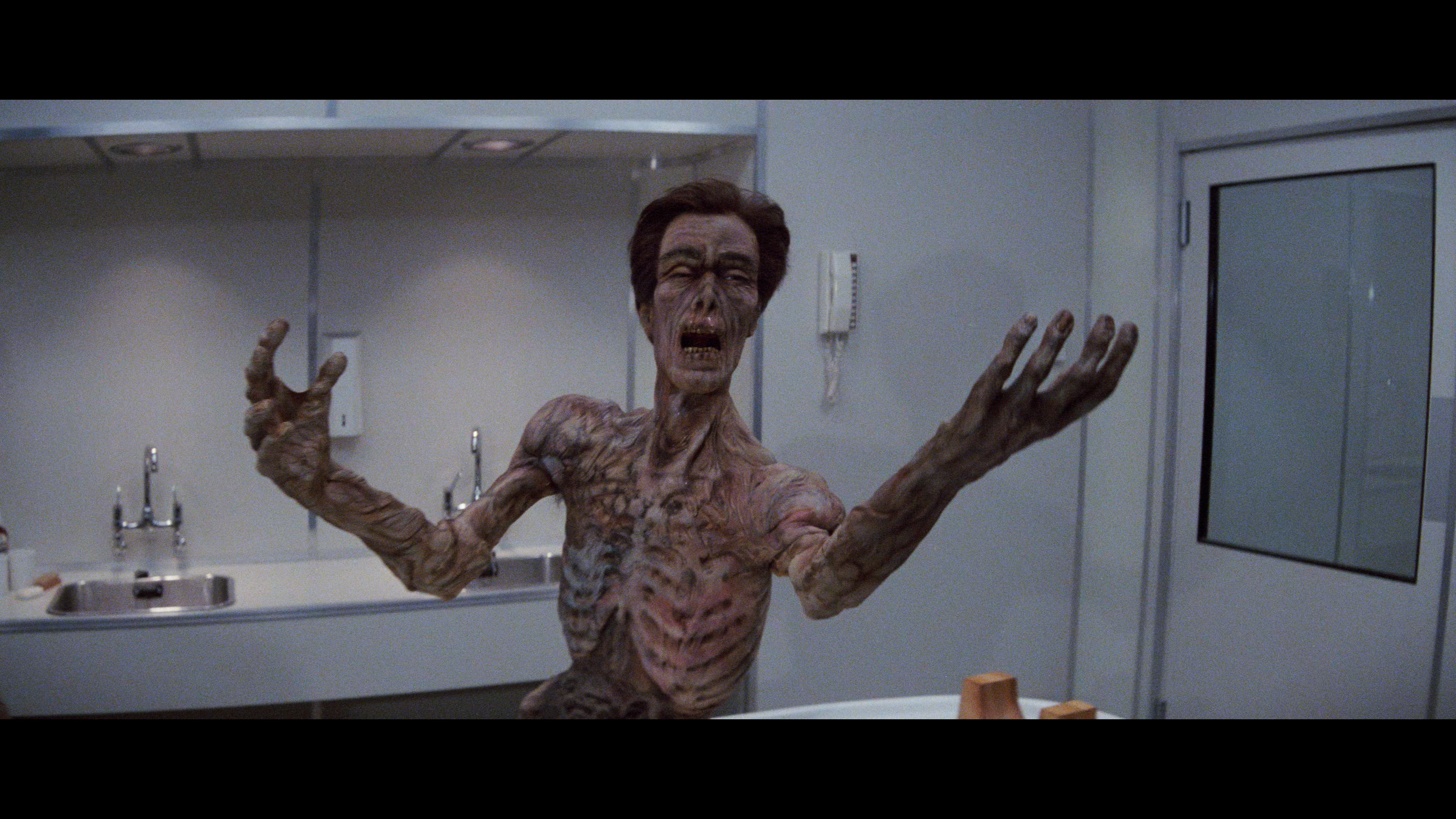 The same set of supplements from the Collector's Edition Blu-ray are ported over for this UHD edition, except that they are spread out across the two accompanying Blu-ray discs. 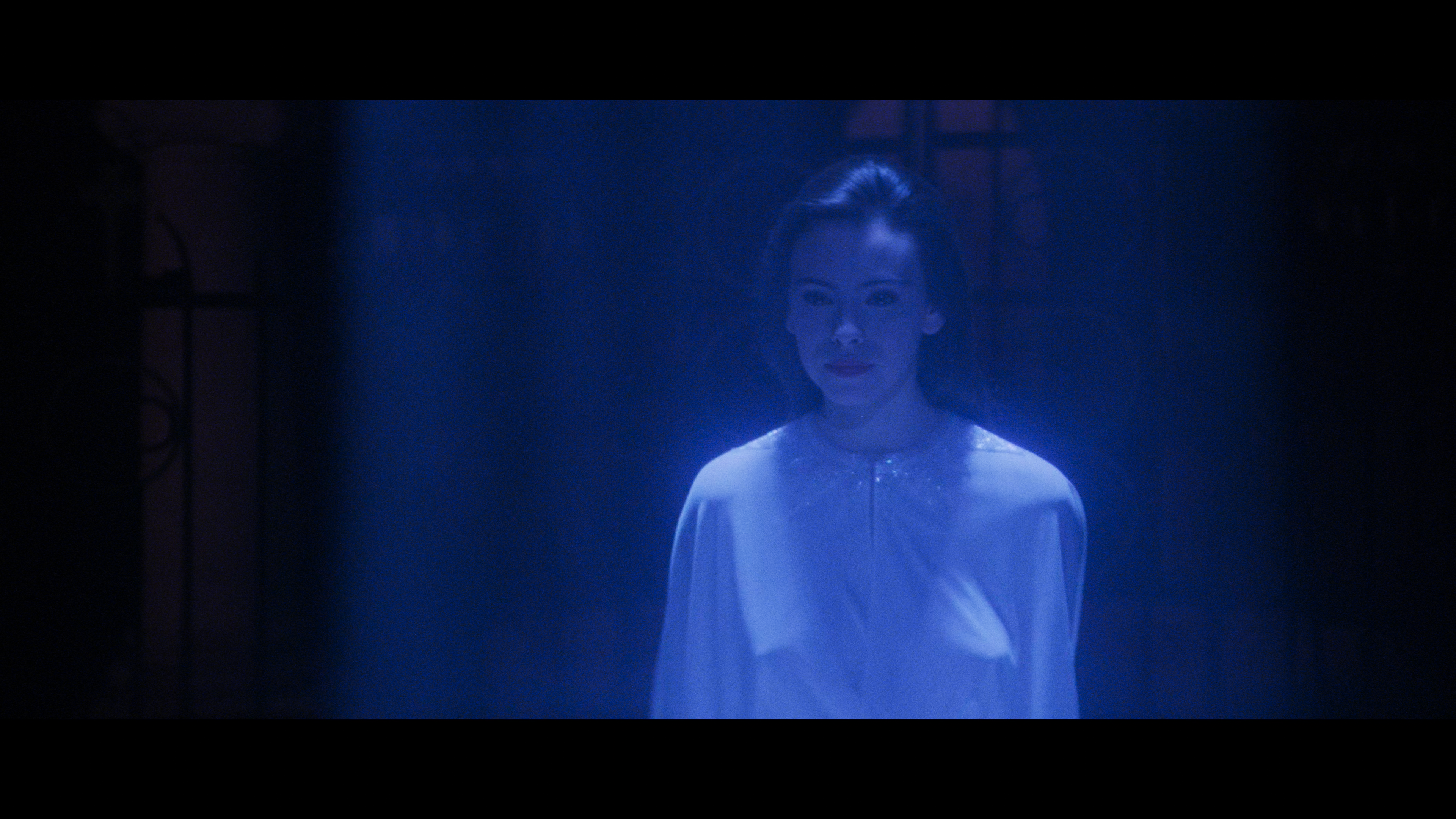 Often remembered for actress Mathilda May's exceedingly revealing performance as a space vampire, Tobe Hooper's cult classic Lifeforce is also a long-time sci-fi horror favorite fondly remembered for having one of the most bizarre yet highly imaginative movie conceits around: the genesis of vampire mythology and lore originates from outer space. The outlandishly entertaining flick invades 4K Ultra HD with an excellent Dolby Vision HDR presentation offering a marked upgrade over its Blu-ray predecessor and a strong if also somewhat problematic Dolby Atmos soundtrack that sadly detracts rather than enhances the film's enjoyment. Featuring a nice collection of bonus material, the overall UHD package is recommended for fans.