On the level of pure entertainment, The Craft continues to cast a bewitching spell after twenty-five years, an engagingly fun and surprisingly shrewd popcorn flick about four teen witches balancing adolescence while navigating through life's traumas. But even with its blend of teen angst and witchcraft, the mix of magic and the occult inevitably descends into a world of stereotypes and conventional plot devices, concluding on the standard battle of good vs. evil, which is where it falls by the wayside. Then again, the movie is clearly billed as a horror thriller, so actions that defy all logic but accompanied by the customary use of lightning and thunder are Hollywood prerequisites when involving witchcraft. Nevertheless, the story about a circle of friends wreaking payback on their tormentors while amending the abuse in their lives stands out amongst 90s teen horror features for maintaining some semblance of originality and creativity.

The plot's greatest strength remains on the friendship of Sarah (Robin Tunney), Bonnie (Neve Campbell), Nancy (Fairuza Balk) and Rochelle (Rachel True) slowly unraveling while centering on each girl's troubled backstory to better understand their interest in the magical arts. The four teenage outcasts pursue witchcraft for personal gain and for confronting their problems an easy fix, typical teenage attitude to challenging situations. Only, here, they actually discover magic does improve their lives while also learning that it comes at a cost and must allow for those challenges to run their course, painful as life can sometimes be. Director Andrew Fleming sought expert guidance for depicting an accurate and more positive image of Wicca and its practices, which he accomplished. However, as it all comes to a close, it's all chucked out the window in favor of a more straightforward horror action feature, full of CGI magic instead of "magick." 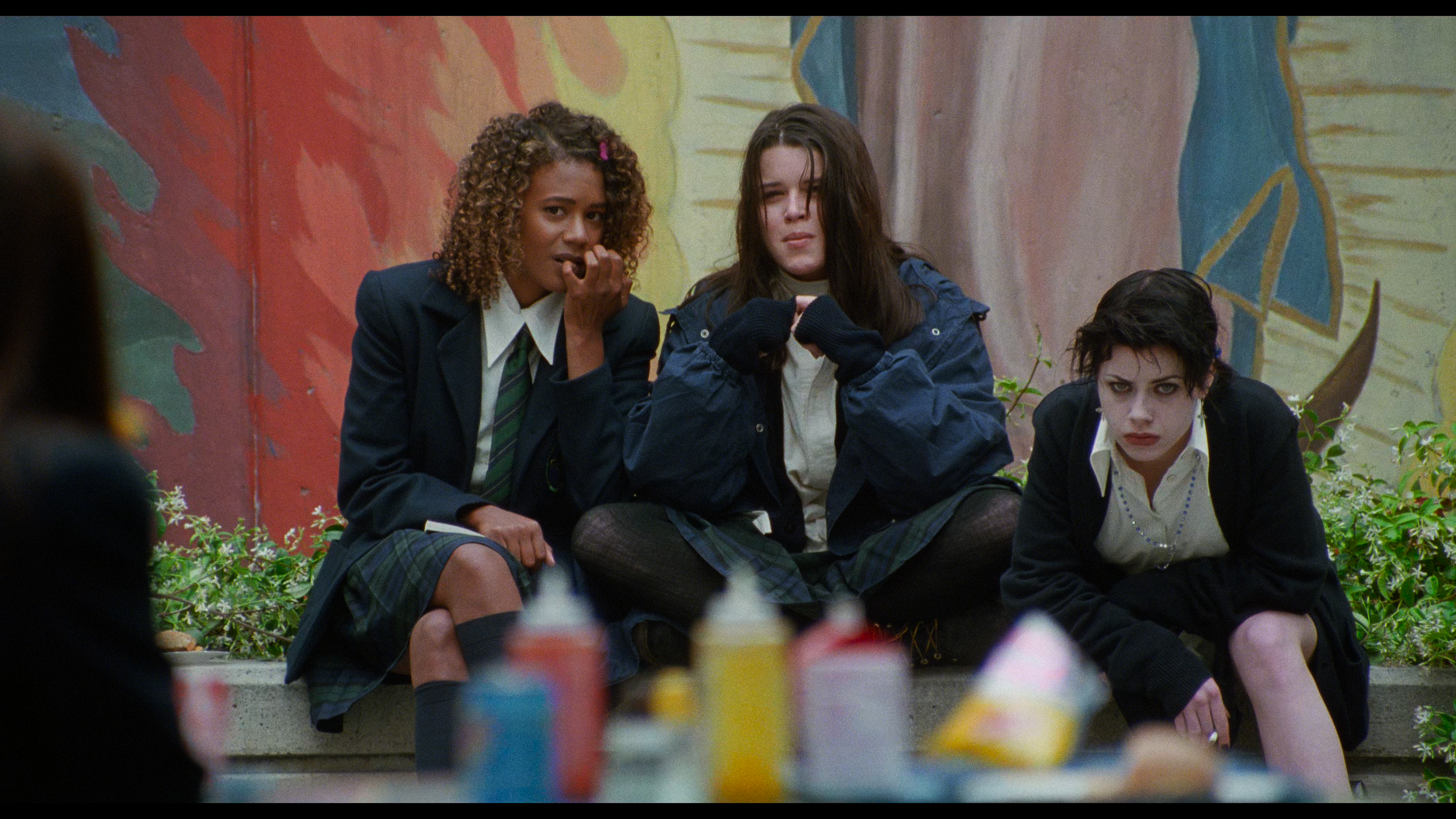 As easy as it would be to quickly dismiss the movie as being made for the MTV generation, The Craft is nonetheless an entertainingly clever cautionary tale in the guise of a teen horror flick with an excellently haunting and beautifully ethereal musical score by Graeme Revell.

For a different take on the film, check out our reviews of the 2009 Sony Blu-ray HERE and the 2019 Scream Factory Blu-ray HERE.

Vital Disc Stats: The Ultra HD Blu-ray
Scream! Factory brings The Craft to 4K Ultra HD as a two-disc Collector's Edition combo pack. The dual-layered UHD66 disc and Region A locked, BD50 disc sit comfortably on opposing panels of a black, eco-elite case with a shiny cardboard slipcover. At startup, viewers are taken to a menu screen with full-motion clips, the usual options and music playing in the background.

The cult teen supernatural flick casts a wicked spell on Ultra HD with a surprisingly bewitching if also slightly troubled HEVC H.265 encode. And even in spite of the minute and ultimately negligible flaws, this UHD edition offers faithful fans a remarkable upgrade over the two previous Blu-ray releases with several near-reference moments sprinkled throughout.

Reportedly remastered from the original 35mm camera negatives by Sony, the native 4K transfer displays razor-sharp definition for a majority of the runtime, exposing every individual hair and the fine stitching in the clothing while the surrounding foliage is distinct and detailed. Granted, the video comes with its fair share of blurry, soft moments here and there, but they are often related to the outdated CG effects and the editing transitions, especially the dissolves. Overall, the source appears to be in excellent condition, awash in a noticeably heavy but nonetheless more refined grain structure, providing the 1.85:1 image with an attractive film-like quality. Besides, the more substantial gain in this Dolby Vision HDR presentation is the significantly richer color palette, boasting a sumptuous array of primaries that afford the source a new lease on life. Looking fresher and more rejuvenated, secondary hues are also richly-saturated and varied while facial complexions look healthier and more natural with revealing, lifelike textures in the cast. 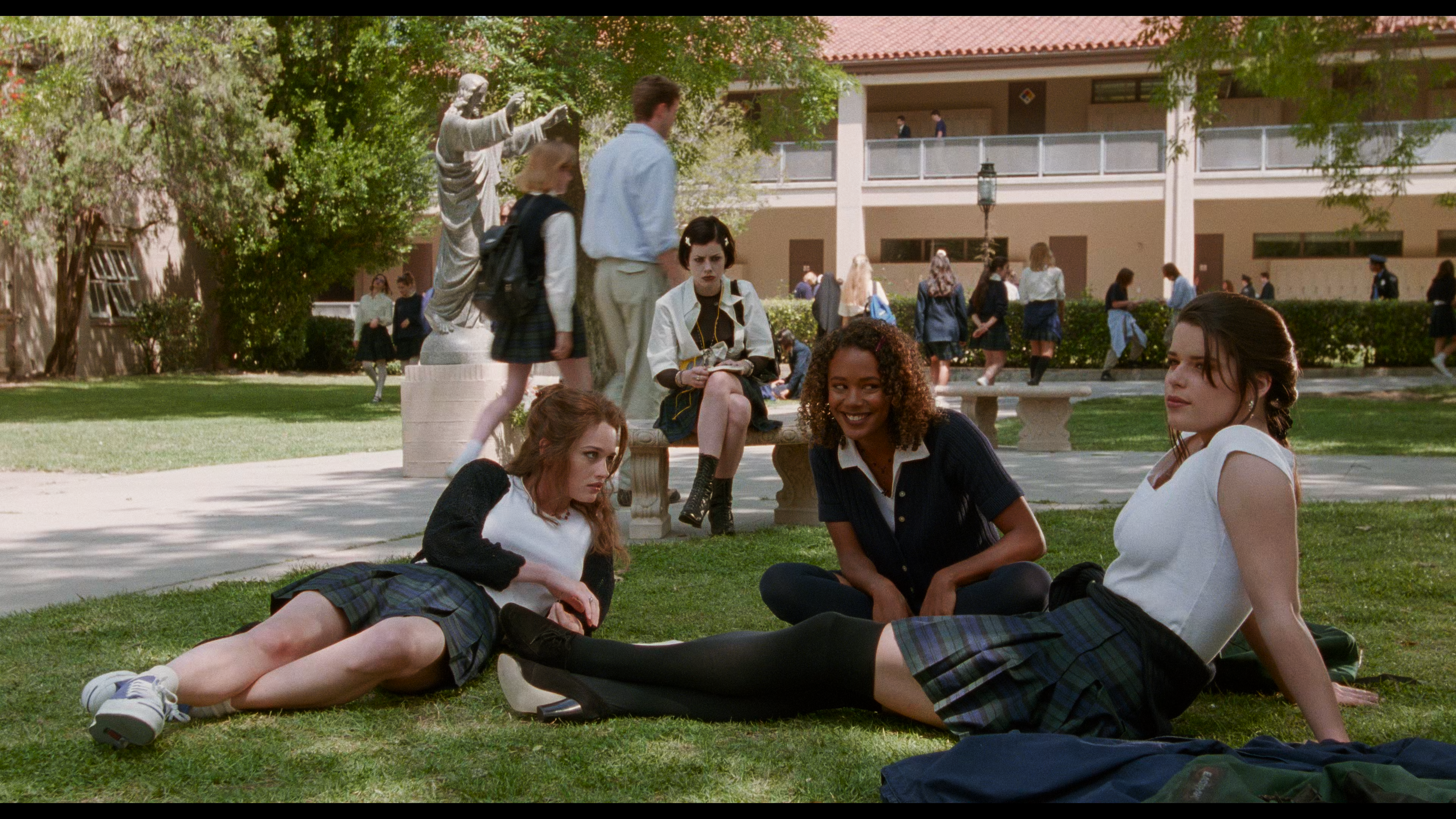 A bigger area of concern is an inconsistency in the contrast and brightness balance. For the most part, the 2160p video is bright and lovely, especially the scenes at the school enjoying plenty of clean, vivid whites and true, inky blacks while crisp, radiant specular highlights add a brilliant sparkle to metallic surfaces. However, there are a few cases of the contrast running distractingly hot, such as when Sarah's dad parks to drop her off for school, ruining some of the sharper details in the background. There are also several instances of very mild posterization and a smidge of macroblocking, such as when the friends are out on a field trip to the woods and cast a circle. And finally, those aforementioned rich blacks can occasionally crush the finer details a tad, like when Nancy enters Sarah's room for their final showdown, but on the whole, shadow delineation remains relatively strong.

Finicky bitrate counters might take issue with these moments as well as a few others, but ultimately, they are not egregious enough to ruin the movie's overall enjoyment while in actual motion and are frankly really easy to miss. In the end, the horror favorite has never looked as good and beautiful on any format as it does on UHD. (Dolby Vision HDR Video Rating: 84/100) 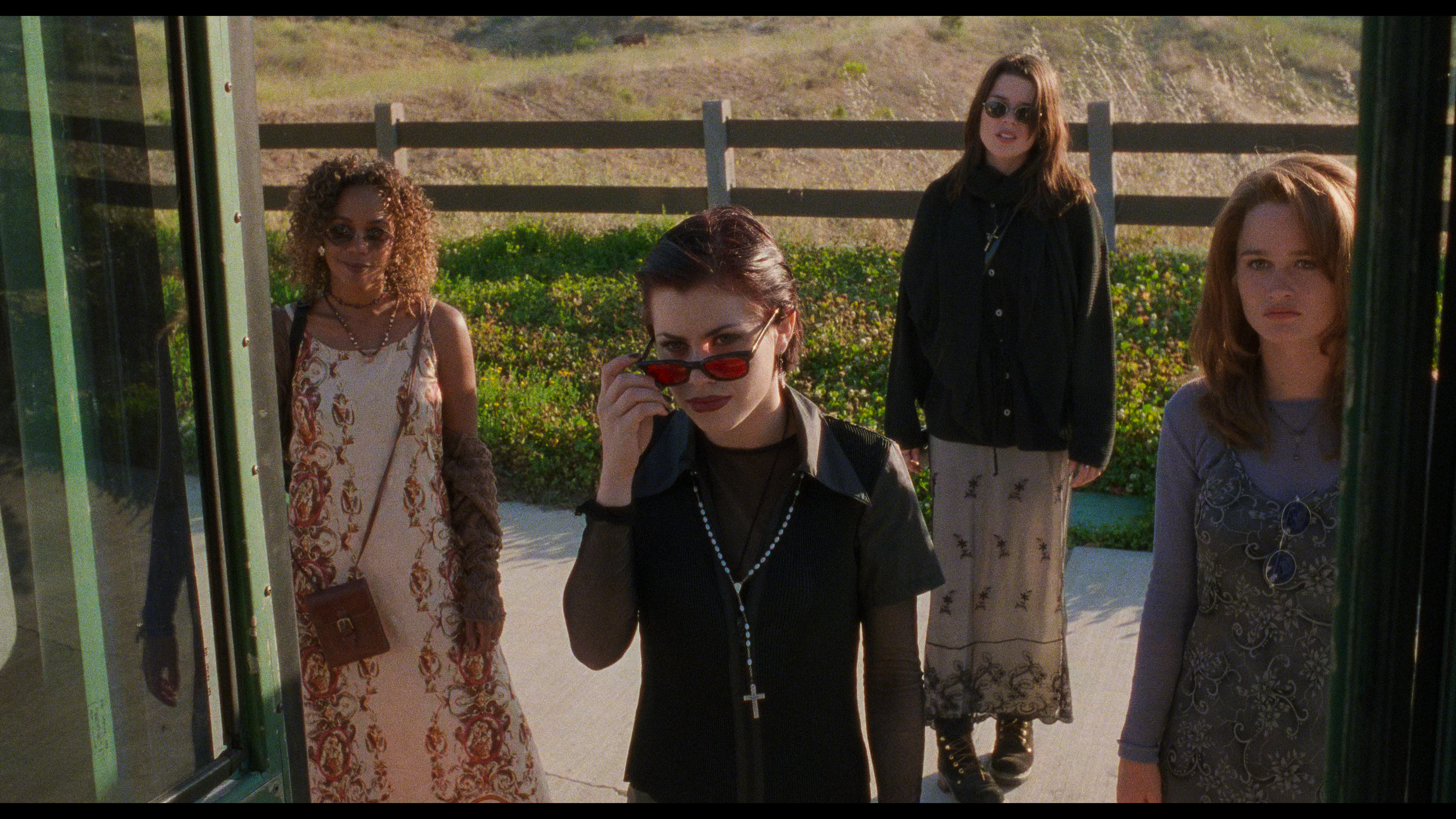 For all intents and purposes, the DTS-HD Master Audio 5.1 soundtrack included on this UHD edition appears to be identical to its Blu-ray predecessors, and while an object-based audio option would have been a welcomed upgrade, this track remains a fun listen. With well-prioritized dialogue and character interactions from start to finish, imaging feels continuously wide and spacious with excellent convincing movement across the entire soundstage, and Graeme Revell's original score enjoys outstanding fidelity and separation. While the mid-range is adequately balanced with great clarity for most of the runtime, the highs tend to distort and clip a tad during the loudest segments. Low bass is surprisingly strong and adds some depth though it's nothing truly refined or polished. Atmospheric effects are put to good use, enhancing the soundfield in several scenes, particularly those involving the sounds of thunder and lightning. These moments come alive when applying the receivers' Auro-3D up-mixing functionality, effortlessly spreading many of those atmospherics into the overheads, generating a satisfying half-dome soundstage that never feels artificial. (Audio Rating: 80/100) 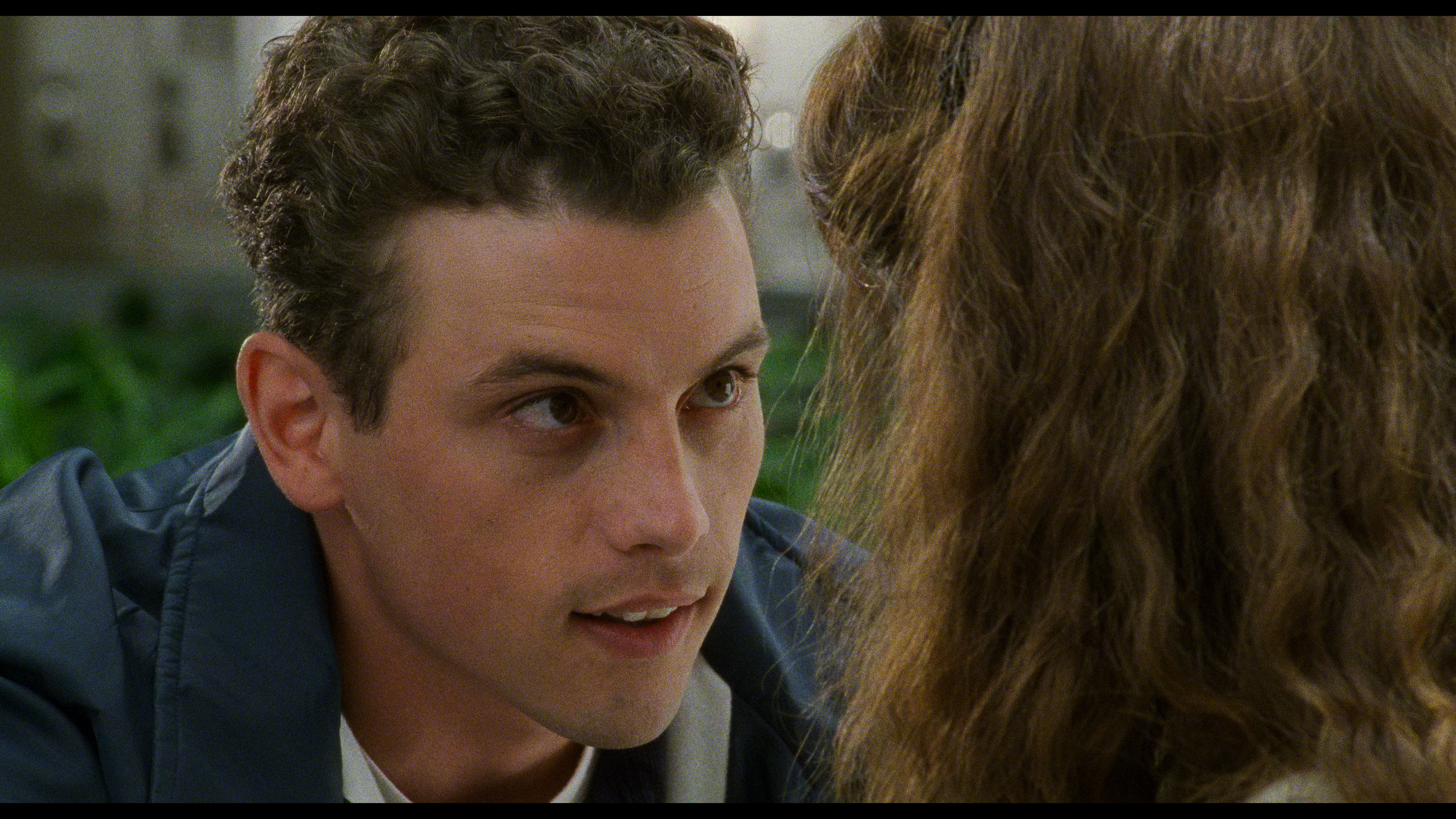 The same set of bonuses is ported over and available on the accompanying Blu-ray disc. 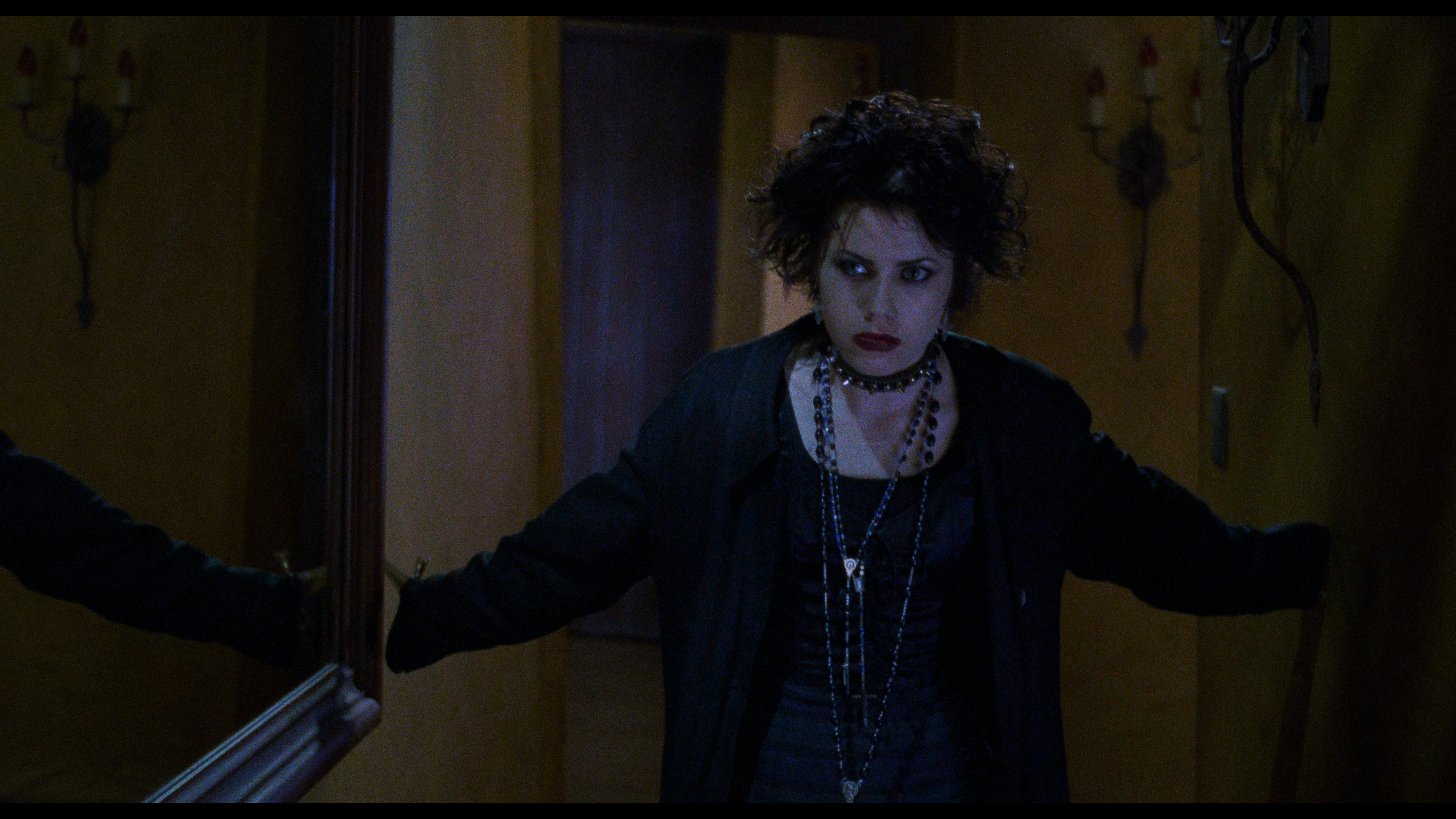 While not exactly at the top of the list for many horror fans, The Craft nonetheless delivers simple and amusing entertainment with its tale of teenage angst and witchcraft. Courtesy of Scream Factory, the cult teen supernatural flick casts a wicked spell on 4K Ultra HD with a surprisingly bewitching if also slightly troubled Dolby Vision HDR presentation that despite its minor and negligible flaws, delivers a remarkable upgrade over its two previous HD SDR counterparts. However, the same DTS-HD Master Audio soundtrack and the assortment of supplements are ported over from its Blu-ray predecessor. Nevertheless, the UHD package is an excellent improvement and makes a recommended addition to the 4K library.