After thirty terrifying years and three sequels, the original and best Candyman comes home to 4K Ultra HD Blu-ray with three exciting Mediabooks from Turbine Media Group. Virginia Madsen and Tony Todd deliver impressive performances with Bernard Rose crafting a tight and tense ghostly urban thriller. Turbine’s Mediabook offers up the same excellent Dolby Vision transfer used for Arrow and Scream’s release - but only features German/English DTS-HD MA 5.1 and 2.0 tracks without the Atmos mix. But this release offers a terrific selection of bonus features and the slick book packaging makes for an impressive and welcome addition to any collector’s shelf. Highly Recommended.

"You say his name in the mirror five times… and then he appears behind you and kills you with a hook. It’s true… or at least every freshman on campus says about the Candyman. For Helen Lyle (Virginia Madsen) and her partner Bernadette Walsh (Kasi Lemmons), these urban legends are essential for their graduate thesis paper. The Candyman (Tony Todd) is a local Chicago legend spurring Helen’s interests beyond simple academia. As she digs into the Candyman’s origins in Cabrini-Green, she’ll soon learn there’s more truth to the curse and legend. 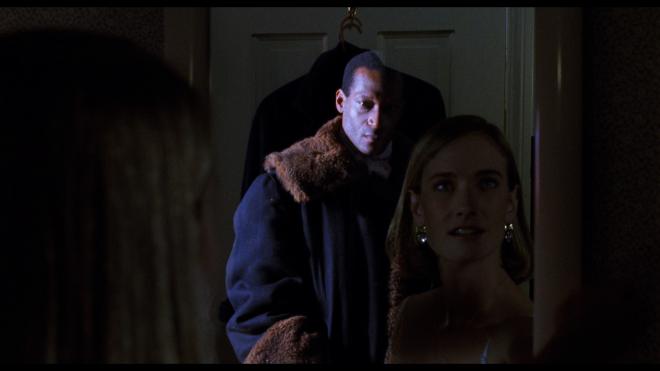 After a pair of less-than-amazing sequels, 2021 saw the franchise reboot Candyman returning the series back to its roots in Chicago. I loved the 2021 Candyman, not as good as the first but I thought it was a terrific relaunch for the series that tied back to the events of the original film accounting for the dramatic changes to the city’s appearance through gentrification but not its dark soul. With this watching, I decided to run these films back to back and I was pleased to see how well they work side-by-side. I’ll say the newer film is just as ambitious with tone and story, but between the two it’s not as focused. Bernard Rose went for the “less is more” with its themes and cultural observations where the 2021 sequel was throwing a lot of spaghetti at the wall to see what stuck. When it works it’s great, but from start to finish Rose’s 1992 original is still the most visceral and overall horrifying. This is a franchise that should never leave Chicago. It’s like trying to take Leatherface out of Texas, it just doesn’t work. And that’s where I feel like Candyman Farewell to the Flesh and Candyman Day of the Dead struggle. There’s no reason for the action to be in New Orleans or Los Angeles. I’m sure someday down the line we’ll get another Candyman film - franchises never really die - but whether or not it could possibly live up to this terrific first film is a serious question mark." 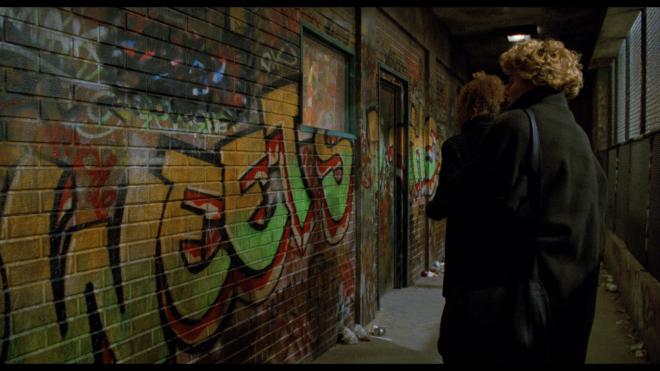 Say his name five times… if you dare! Candyman comes home to 4K Ultra HD Blu-ray with three Mediabook cover options from Turbine Media Group. This two-disc 4K UHD + Blu-ray set presents only the Unrated Director’s Cut of the film that runs all of a couple of seconds longer than the original Theatrical Cut - so you’re not really losing anything. It’s virtually the same movie except for the inclusion of a few seconds of extra gore. The 4K disc is pressed on a BD-66 disc with a Region Free BD-50 disc holding for the 1080p release and bonus features. Inside the Mediabook, each disc gets its own tray to sit in with a 20-page booklet in the middle containing essays and production information - in German. While it might be a hassle, using the Google Translate app on my phone I could read these pages with little trouble. The only hiccup I encounter is with movie titles as the German titles can be different and don't always translate, but that’s a small thing. Each disc loads to an animated main menu with traditional navigation options. 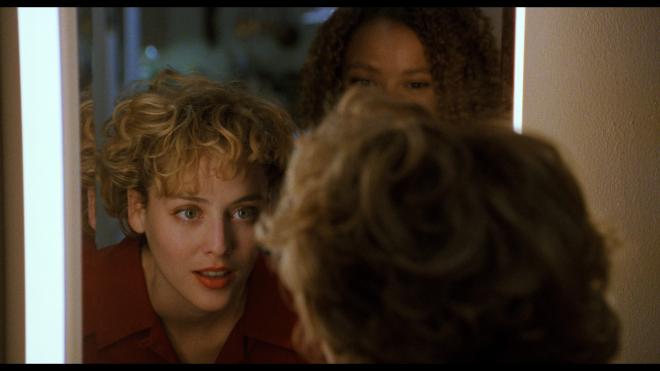 Turbine was the company behind this new 4K Ultra HD Dolby Vision (with HDR10) master used by Scream and Arrow so the transfers for each release are going to be virtually identical. The only slight difference is who did the encoding for each disc - Turbine did their own work with Fidelity in Motion handling the Arrow and Scream releases. I don’t have the Arrow disc yet, but looking at both the Turbine and Scream discs, they’re identical. Again the only difference between the two releases is no Theatrical Cut for Turbine’s disc, but in all honesty that doesn’t feel like a loss or a gain since it’s a matter of just a couple of seconds difference. Sitting with both presentations, I didn’t see anything different between the two. Color timing, clarity, and black levels are spot-on for both. 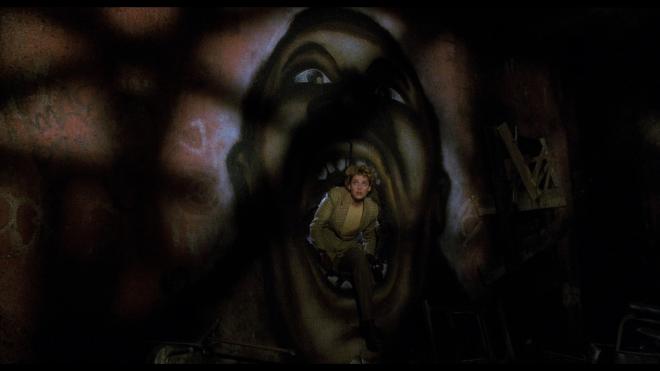 While this might not be the brightest or most colorful film in the 90s archive of horror titles, it's a great transfer looking sharper and clearer than ever before with a nice cinematic grain structure. I appreciate this transfer is less “orange-ish” than previous releases offering more naturally dark black inky shadows, crisp whites, and that horrible pink apartment paint job looks even more appropriately like a can of Pepto Bismol splashed on the walls. Flesh tones also appear more healthy with the cold photography accurately capturing a Fall/Winter feel of Chicago. 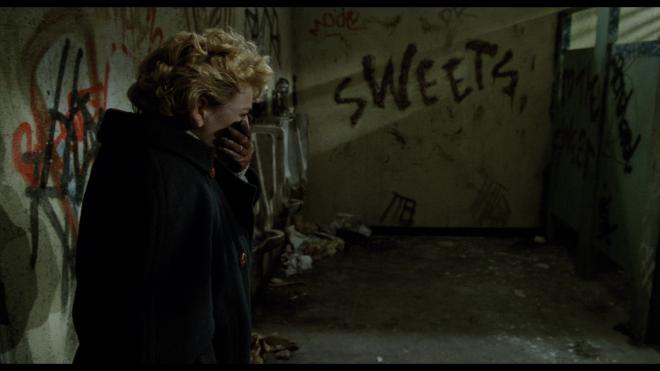 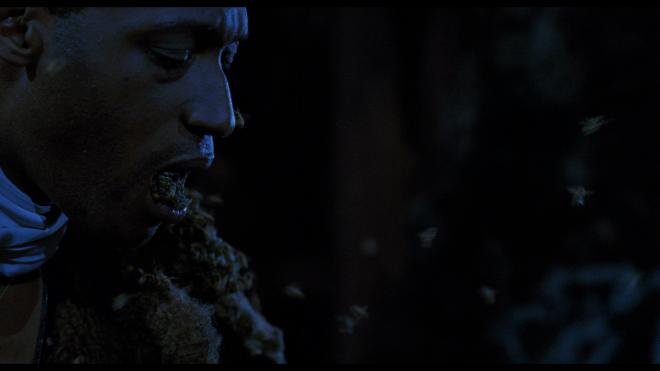 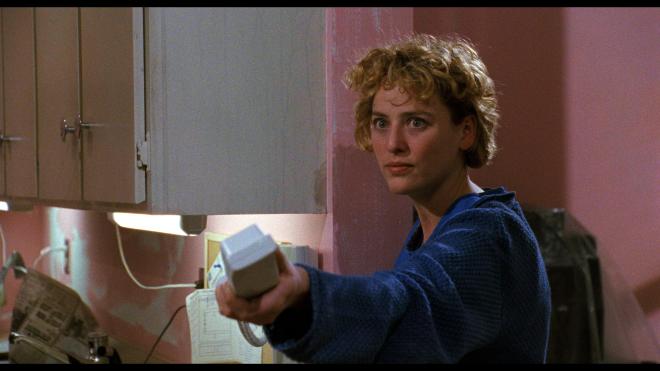 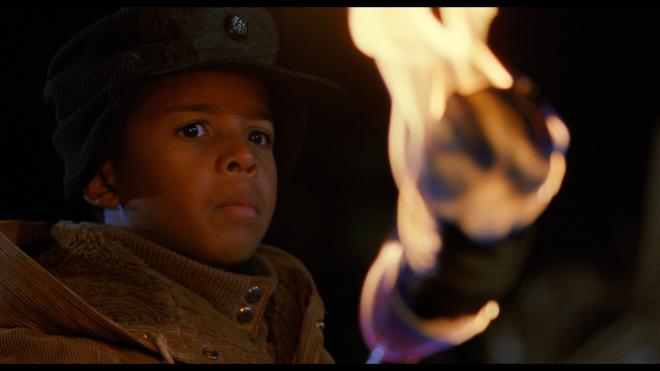 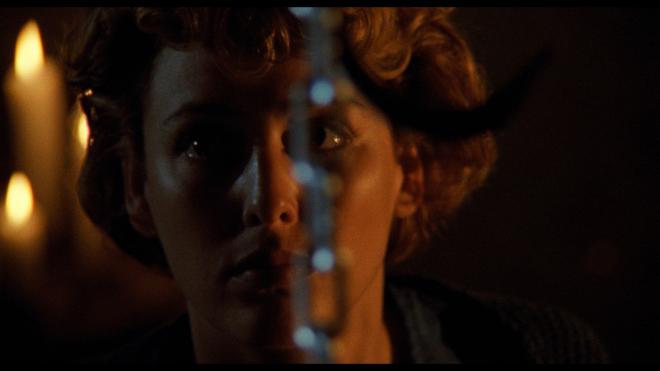 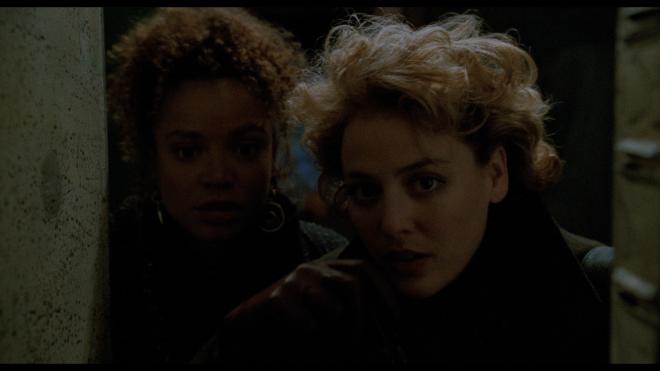 For Turbine’s Mediabook releases of Candyman, there isn’t a Dolby Atmos track instead opting for the strong and sturdy DTS-HD MA 5.1 and 2.0 stereo tracks. Now, this might be a sticking point for some folks, but after sitting through this one again, the 5.1 and 2.0 tracks are beasts in their own ways. Truth of the matter is you can’t go wrong with either of them so the lack of Atmos, even as enhanced and impactful as it is, isn’t a massive loss for this release. If the Scream and Arrow discs didn’t come with Atmos, I doubt there’d be any real complaints. Flipping on DTS Neural:X and the 5.1 track opens up and sounds magnificent. The 2.0 mix really is best for soundbars or like my office setup where I only have the smallest amount of space and use my set’s included speakers.

Quick word on these tracks, this being a German release, the German 5.1 mix is set for default, so you’ll need to select the English track before starting up the movie - or use the audio function on your remote when the film starts and roll from there. 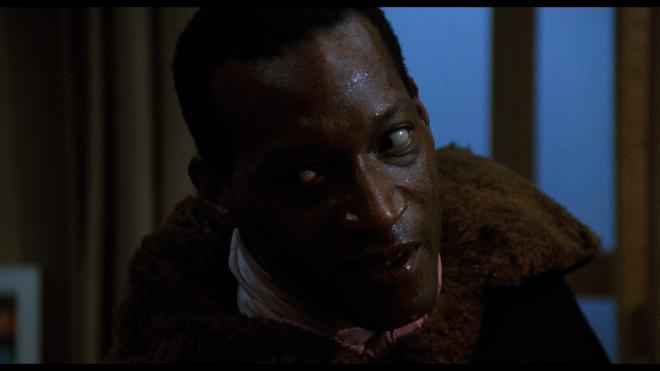 For Turbine’s release, none of the bonus features are on the 4K disc and instead roll on the included Region Free 1080p disc. What we have here is a fine mix of archival bonus features. A nice stand-out - at least that I hadn’t seen before is the short interview with Ted Raimi which apparently was held at a convention of some sort. This isn’t everything we've seen on past releases, but weighing what’s here and what’s not, this is certainly the best of the bunch. The “greatest hits” as it were. 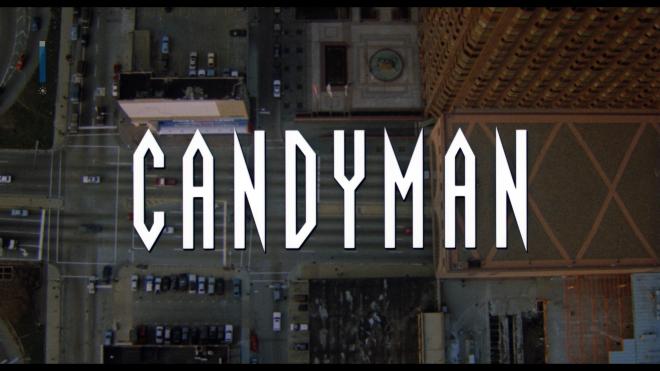 Candyman remains one of the scariest films to come out of the 90s. This film is the brainchild of a Clive Barker short story brought to terrifying life by writer/director Bernard Rose with amazing performances from Tony Todd and Virginia Madsen. Now the film can be enjoyed on 4K Ultra HD Blu-ray with an excellent Dolby Vision transfer in this slick two-disc Mediabook release from Turbine Media Group. In addition to the fantastic transfer, the disc sports two excellent DTS-HD tracks. Bonus features feature three audio commentaries in addition to an isolated score/effects track with over an hour of interviews. If you’re keen on Mediabooks, these sets from Turbine are slick and the extra 20-page booklet is a nice addition to the custom artwork. Highly Recommended