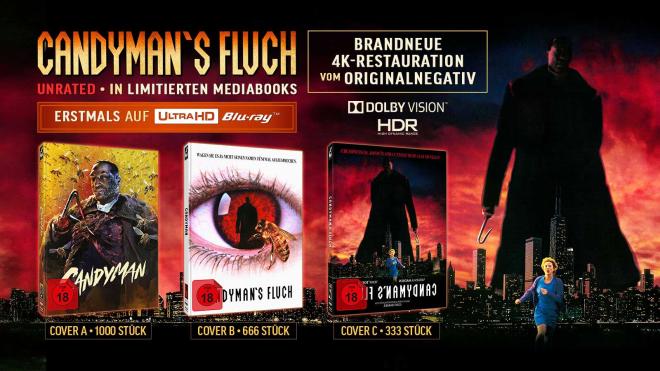 We dared to say "Candyman in 4K" five times... Now it's coming true:

CANDYMAN appears on Ultra HD Blu-ray for the first time! UNRATED, of course. With brand new 4K restoration from the original negative as well as HDR and Dolby Vision . The milestone of the horror genre, about which not many words need to be lost, is available from May 23rd in three limited media books with UHD, Blu-ray (with film and tons of bonus) and a 24-page book section with a text by Tobias Hohmann. Cover A – unmistakably penned by Timo Wuerz – is limited to 1,000 pieces, cover B to 666 pieces and cover C (the mirrored motif is based on the cinema poster of the time) to just 333 pieces.