By the late ‘90s, these kinds of movies, with Femme Fatales and stylized settings (remember Arrow’s release of The Passion of Darkly Noon?), seemed to be fading away from the mainstream. Studios were moving around how they handled sexual provocation on screen, as political correctness and Skinemax were picking up steam. But director John McNaughton (Henry: Portrait of a Serial Killer) wanted to push Wild Things into a more lurid and artful state, ultimately making it a more rewarding and well, wild experience.

McNaughton’s film plays a dangerous game. Not only does his work here center on two high-school girls – the bratty Kelly (Richards) and the poor goth, Suzie (Campbell, as a tremendous polar-opposite character to Sidney Prescott) – but it sets them up in a complex storyline involving sexual assault allegations against their guidance counselor, Sam (Dillon). And there’s so much more, to put it lightly.

There’s more backstabbing in Wild Things than in a Shakespeare tragedy. The film certainly has its own unique language of storytelling, where you constantly question the intentions of its characters. You might go through motions similar to this: “Hmm. Who’s the good guy here?” – “This person seems trustworthy, but something feels off, too.” – “Um, what the hell was that?” – “Now, I definitely don’t like them anymore.” – “Oh, wait. Maybe they’re not so bad.” – “Nope. He just shoved her. Not cool.” – “OMG! This is unbelievable! What’s even happening anymore?” – “Whoa, did I just see Kevin Bacon’s bacon?!” – “What is this ending?” – “Holy hell… That was fantastic!” 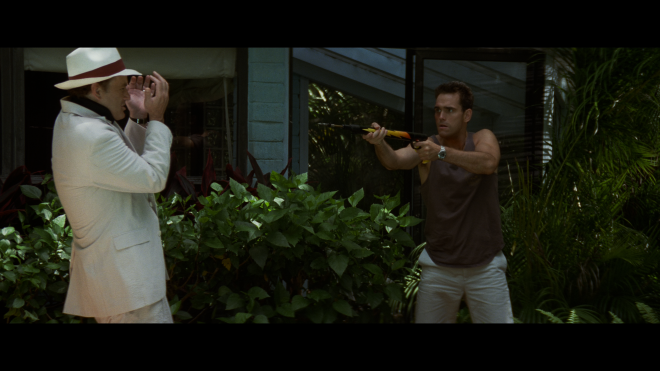 And that’s Wild Things in a nutshell. It’s the twists and turns that truly make it a one-of-a-kind movie. There’s an art to its reveals – so much so that once the movie is over (and you’re high from its WTF-ery), it’s still giving you bizarre information during its closing credits. McNaughton made a movie that’s so of its time but also ahead of it.

Most people who think of this movie probably picture the pool makeout scene between Richards and Campbell. But that’s not just a sexy scene for the hell of it. Something is going on simultaneously that makes it more than surface level. How the camera pans up and down the bodies of its teenage characters is supposed to bring discomfort. It’s all a part of the dangerous game. And it’s once the smoke-and-mirrors activity slows, you completely appreciate all of what you've experienced. It makes sense, and you love it for its daring. I know I did.

The UHD disc includes two restorations of the original theatrical version (105 min.) and the unrated edition (115 min.) The extended cut, of course, features more plot deepening scenes and not the hanky panky that you may be expecting. There's an additional hilarious scene with Bill Murray, who plays Sam’s lawyer, and an extended ending sequence. The unrated version is the way to go.

Note: A standard Blu-ray (1080p) disc is not included in this release. It’s only included in the Limited Edition 4K Steelbook Edition. 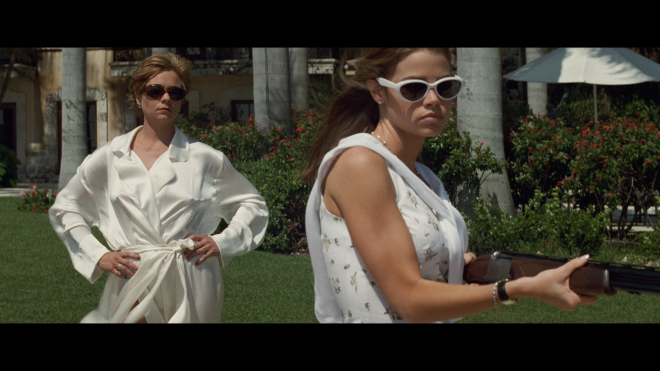 Wild Things is presented on 4K with an AVC encoded 1080p transfer in 2.39:1. Within the illustrated insert booklet is the following information about its transfer:

Whatever you may think about the craziness of Wild Things’ plot and performances, there’s no denying McNaughton's unique visuals throughout the film pop in its 4K presentation. This is especially apparent right out of the gate as we travel through the alligator swamps and into the posh yacht community of its South Florida setting. Its sweeping aerial shots are something to behold. 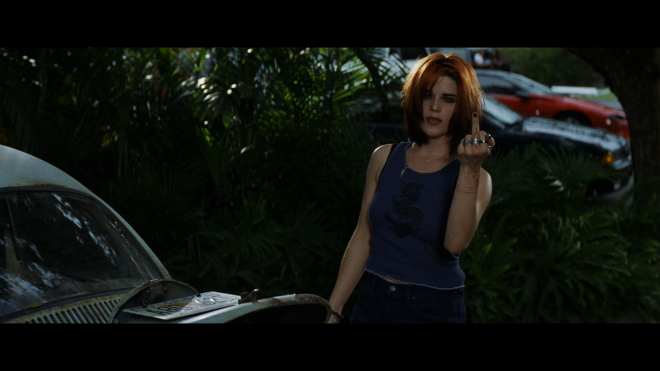 Any cracks in its presentation are not at the fault of Arrow but the film itself. Arrow’s restoration does all it can to mask some of the camerawork, such as jaggedy crane moments and unfocused shots. One off-moment comes early after the opening credits when a steadicam passes through high school students walking around on campus. Unfortunately, it’s an overexposed scene where all details on people’s white shirts are lost. The grain field can be noticeable at times, too, depending on the focus and contrast of the camera. Take, for instance, when Campbell’s Suzie walks around her community with two detectives at night.

However, it’s important to note that all these “mistakes” and uncontrolled moments feed into the dirtiness and edginess of the film. You wouldn’t want a polished Netflix look to pair with a narrative like this. So, it comes across as a fitting style choice, even if not planned. Otherwise, it’s a damn sharp restoration like most of Arrow’s work is. 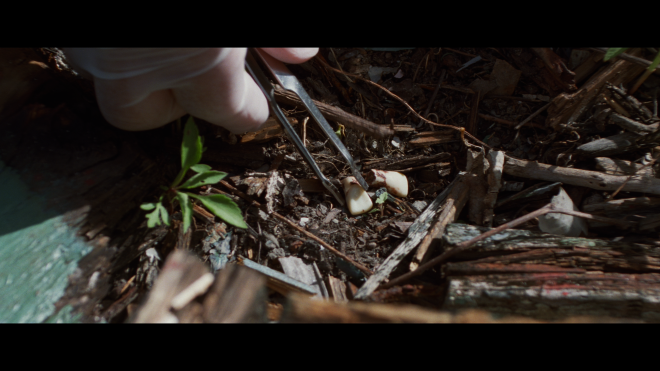 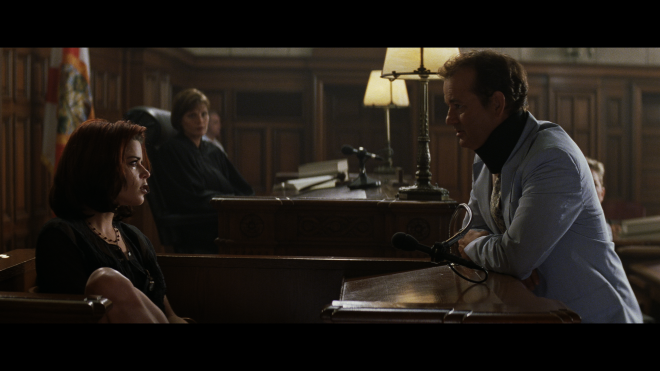 The film features an ear-spanking DTS-HD Master Audio 5.1 track. It’s a pleasant mix, with a few noteworthy moments that take full advantage of the surround sound, and they mostly involve guns and screams. What really stands out is South Florida’s ambient noise. You can hear nature calling.  Additionally, George S. Clinton’s thumping noir-like score fills out the sound field quite nicely, with its drums, horns, and twang. And the dialogue comes through clearly without any added noise or much need to kick on the subtitles. 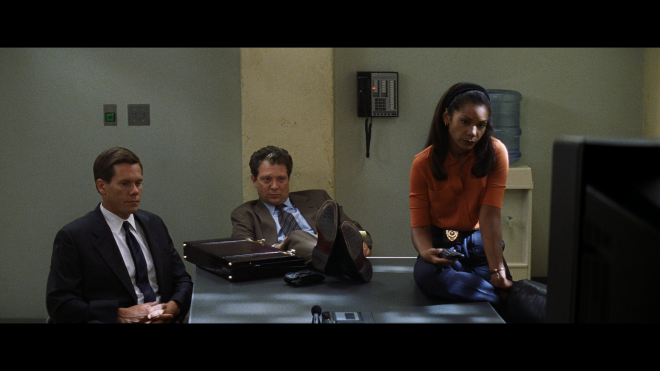 As grand as its packaging is, the special features are not quite as stacked. It features some carry-overs from the previous DVD and Blu-ray and a few new materials, but you’ll scroll through them quickly.

The disc includes two audio commentaries, one of which is a new one, recorded exclusively for this limited edition. It features McNaughton and producer Steven A. Jones. The other commentary is from the original 1998 DVD commentary with McConaghton and Jones alongside four other filmmakers. Unfortunately, they were only recorded for the theatrical cut, and neither one really offers an insightful time. The new commentary has some fun production tidbits here and there (like Bacon’s full-frontal moment), but they too often talk about locations or just go quiet to watch the movie. The 1998 one is the better of the two but still not entirely worth the plunge unless you’re really invested in the film.

If you want a more focused discussion with less dead space, watch McNaughton’s new 26-minute interview. In that interview, he hits many of the same points featured in his commentaries, but he also goes into more depth about his reasoning for doing the film and how he felt he could elevate the material. Him talking about how challenging it was for him to push boundaries during that time proves to be the most fruitful section, which pairs exceptionally well with Billson’s essay in the booklet.

The other new interview is with Richards. It’s about 14 minutes, and she shares her experience going from Starship Troopers to this. Her openness and candor in this interview is a welcome surprise. How she speaks about her nude scenes and the calculations involved in figuring out what could be shown is interesting, as is her trying to navigate the humanity of an otherwise typical character. 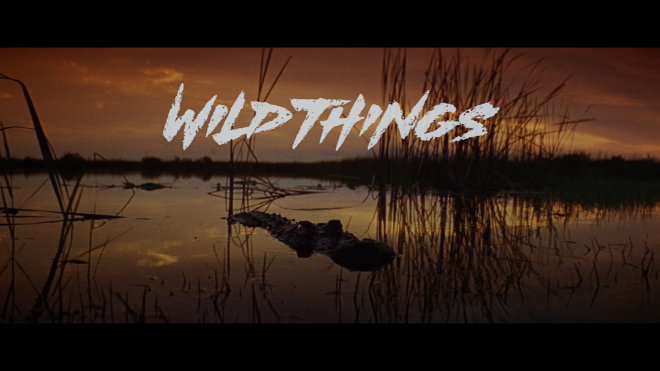 After 25 years, Wild Things remains a top-shelf, self-aware con movie that manages to peel back some pretty fascinating layers of intrigue. And it’s complemented by Arrow Video’s excellent packaging, sharp A/V and some juicy supplemental material. It goes for broke, and it deserves your money as a result. Recommended!