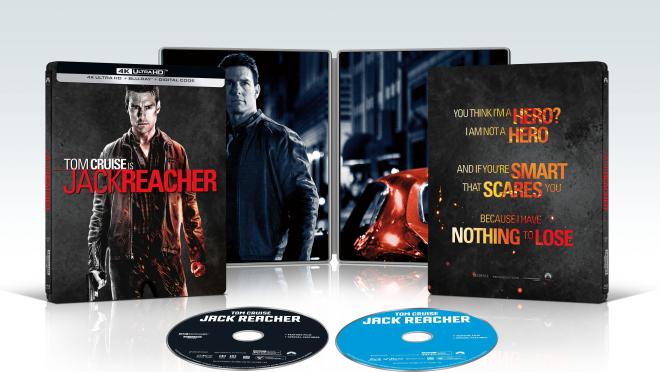 An itinerant ex-military investigator is tasked with solving a shooting spree that isn't quite as cut-and-dry as it first seems as author Lee Child's 2005 novel One Shot comes to the big screen courtesy of writer/director Christopher McQuarrie. When a crazed sniper guns down five seemingly random people on a crowded Pittsburgh riverfront, Det. Emerson (David Oyelowo) quickly amasses enough evidence at the scene to implicate an unstable ex-military sniper named James Barr (Joseph Sikora). Upon being questioned by Emerson and DA Alex Rodin (Richard Jenkins), however, Barr demands to speak with Jack Reacher (Tom Cruise). A former military investigator who fell off the grid following his service, Reacher soon shows up on the scene and begins gathering clues with the aid of talented defense attorney Helen Rodin (Rosamund Pike), the daughter of the DA. Meanwhile, when Reacher is assaulted in a local bar, he correctly surmises that someone is determined to impede his investigation. His theory plays out when he becomes the prime suspect in the murder of a young woman shortly thereafter. Now, with the police closing in from one side and a gang of ruthless killers gaining ground on the other, Reacher must use his formidable detective skills in order to catch the gunman and uncover his true motives.