After a tour of duty exclusively on digital retailers, Kathryn Bigelow’s The Hurt Locker comes home to 4K Ultra HD Blu-ray from Lionsgate as a 2-disc 4K UHD + Blu-ray + Digital Best Buy exclusive SteelBook. With some really exciting packaging right down to the disc art, this is a great set. This disc easily outpaces and laps the old 2010 Blu-ray with an impressive upscaled Dolby Vision transfer that keeps to the gritty 16mm roots of the film while providing an incredible Dolby Atmos listening experience. Highly Recommended.

Our own Mr. E. Duarte already turned in an excellent review of The Hurt Locker when we covered the Digital 4K release about this time two years ago, so I’ll let his words do most of the talking. I’ll add that this was one of the most visceral movie-going experiences of my life. I’m shocked that the box office take was so low because each time I saw it in theaters it was a packed house and everyone sat in stunned silence. Each bomb defusion is like a crime scene in a high-tension serial killer thriller becoming more nerve-rattling and exhilarating than the last.

"Right from the start, director Kathryn Bigelow thrusts the audience into a foreign world, both figuratively and literally — a drastically alien and remote existence where the tension and anxiety are continuously high with a few sporadic intervals of respite, small brief moments to breathe a sigh of relief. In this post-invasion Iraq, the war persists for three members of a small EOD team (Jeremy Renner, Anthony Mackie, and Brian Geraghty), stressed and pushed to the edge, charged with the disposing of explosive weapons while feeling the scrutinizing glares of the locals who may or may not be hostile. The story of Renner's SFC William James is an unfamiliar, and perhaps even rarely discussed, perspective on the psychological damage of war, one of developing an addiction to an adrenaline rush that can only be obtained on the battlefield. Standing in the middle of a cereal aisle at the grocery store is more agitating stress, given the numerous choices and possibilities, whereas disarming a dangerous bomb is a very narrow, single directive with one outcome and a satisfying rush." 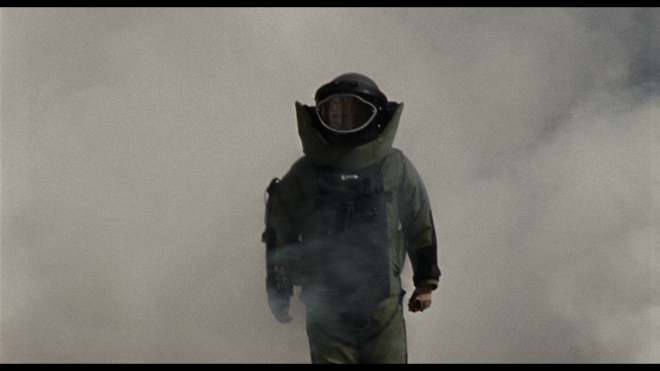 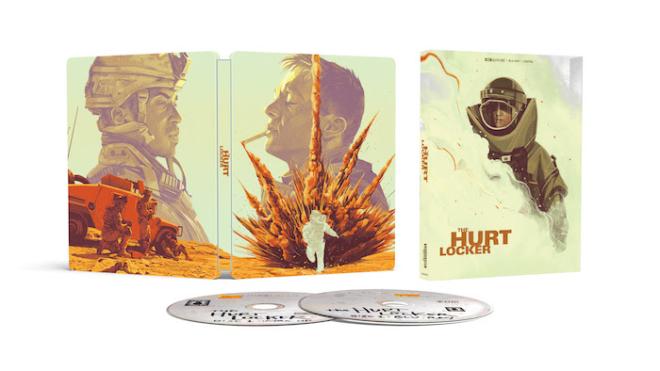 The Hurt Locker finally comes home to 4K Ultra HD Blu-ray after spending a year trapped exclusively on digital retailers. This 2-Disc 4K UHD + Blu-ray + Digital set from Lionsgate is currently a Best Buy exclusive SteelBook. As with recent Lionsgate 4K re-releases, the SteelBook has a plastic slipcover when removed revealing new custom art underneath. The discs themselves also are done up to look like the bootleg DVDs the little boy sells in the film - right down to price tags you’d swear you could peel off. The 4K disc is pressed on a BD-100. The included 1080p disc is the exact same 2010 disc and has not been remastered nor does it include the Dolby Atmos audio track. 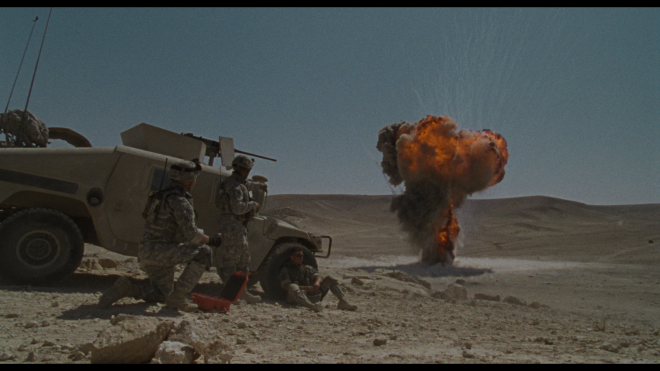 Again, for the nuts and bolts of this section, I’m going to refer you back to our 2020 Digital 4K review linked above. The Hurt Locker was always going to be a tricky prospect on 4K given its 16mm origins with slow-mo segments captured at 1080p 2K digital intermediate. Now, you absolutely can get an amazing 4K transfer out of 16mm, the transfer Turbine Media Group prepared for The Hills Have Eyes is a testament to that, and this transfer is a marked improvement over the 2010 disc. I searched hell and high water but I couldn’t find any information to suggest they prepared a new digital intermediate for this transfer or not. Regardless, it’s impressive. The biggest difference you’ll see right out of the gate is how much better this 4K disc handles the abundant gritty film grain. It hasn’t been scrubbed, fine details remain impeccable, but it’s much better resolved leaving the old 1080p disc to look pockmarked by comparison. The other nice thing about having this film on a 4K disc is its high bitrate vastly outpaces the streaming performance giving more depth to the image and I’d say even cleaner details. So all around this is a win-win for physical media fans. 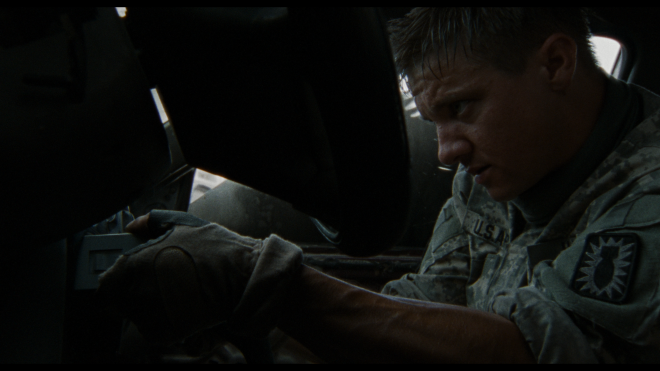 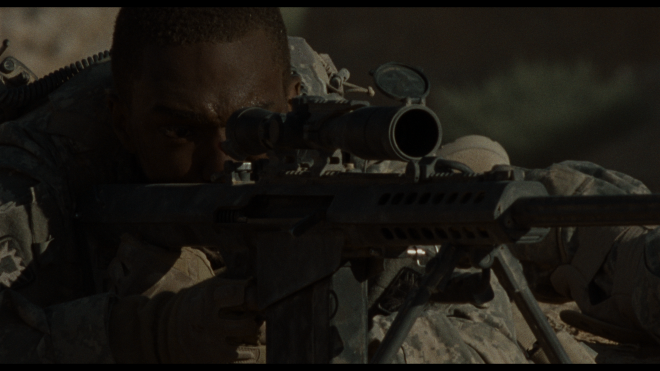 See our 2020 Review for a full breakdown - but suffice to say, yeah, it’s freak'n awesome, and remember to play it as loud as you can handle! 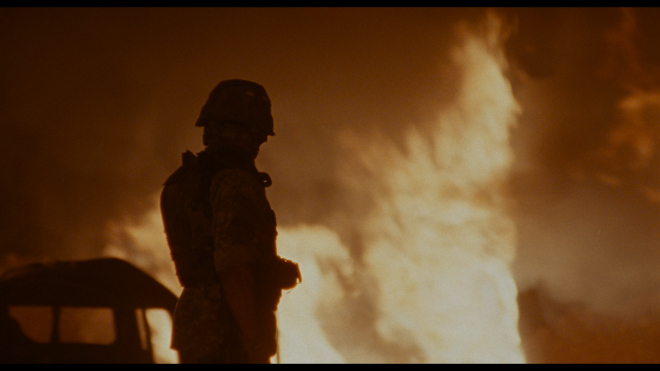 Given the importance of this film, it’s a damned shame we don’t get any new bonus features for this release. Everything that’s here was on the old Blu-ray and while it’s pretty good, I’d love to see some kind of cast and crew retrospective as this film helped relaunch Bigelow’s directing career into elite status while showcasing star-making turns from Anthony Mackie and Jeremy Renner 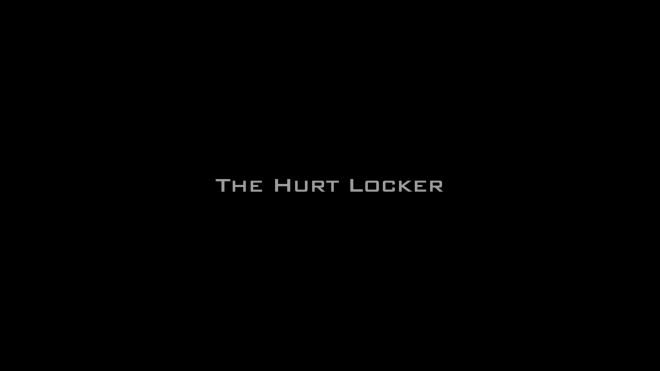 While I appreciate that some studios can only churn out so many discs a year and that some films may never make it to 4K disc and live on in streaming, I’m glad to see Lionsgate at least is ready and willing to step up to the plate with their catalog. The Hurt Locker is one of the best films, full stop. Starring two future Avengers, it’s a tense visceral experience that grabs you by the guts and never lets you go. After what was a pretty fantastic Blu-ray for its day, this well-deserved Best Director and Best Picture-winner comes home with a much improved 4K Ultra HD Blu-ray disc. Details, colors, black levels - all gain appreciable improvements with this upscaled Dolby Vision presentation. Add in an intense Dolby Atmos audio mix and you have more than enough reasons to upgrade - especially at this price point. Highly Recommended