Antoine Fuqua’s paranoid action thriller Shooter starring Mark Wahlberg lines up for a tour of service on 4K Ultra HD Blu-ray from Paramount. A welcome throwback to late 80s early 90s thrillers, the film offers enough action to divert you from thinking too hard about the plot. An early standout on Blu-ray, the film picks up a decent 4K Dolby Vision upgrade, an improved audio mix, and a healthy punch of archival bonus features. Recommended

For me, Shooter is the kind of brainless pulpy actioner that’s fun at the moment but you don’t really remember too long after. At least that was the case when I saw it in theaters - my god - fifteen years ago. It was the kind of early spring movie I’d catch after classes in college then go back to my apartment and get some homework done and more or less forget about it. In the years since I’ve maybe watched this movie two or three times and my estimation of it hasn’t improved or diminished. It’s fun. That’s it. Brainless, well-executed with some slick action sequences, and Mark Wahlberg as an everyman hero.

If I’m going to take aim at any issues with Shooter is that it just feels like another run at the same plot as 1998’s U.S. Marshals with Tommy Lee Jones and Wesley Snipes. A wounded warrior with a specific skillset is framed for a high-profile murder and goes on the run and a lone Federal agent looks through the lies long enough to find the truth of a bigger more insidious plot within the government. Swap out Tommy Lee Jones for Michael Peña and Wesley Snipes with Wahlberg and you pretty much have the same flick. Sure some story happenings have been changed but it’s a very familiar, predictable rinse, wash, repeat plot that's been used several times before. 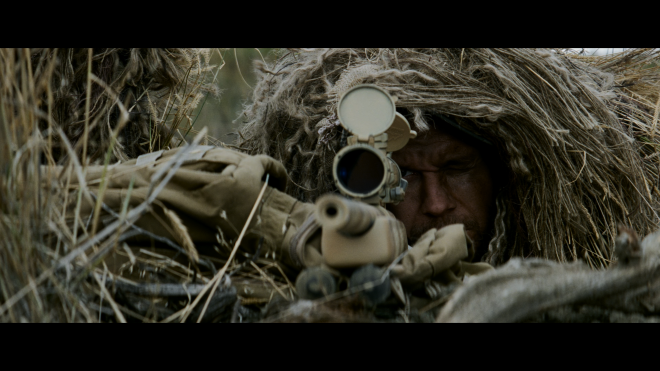 But it’s that predictability that Fuqua wisely leans into. He knows you’ll be a mile ahead of our main character so he spends most of the effort staging some great action sequences. In the years since, Wahlberg has gotten a lot better at playing the everyman action hero, but this is a nice showcase for his later better action films. It’s nice to see Peña be a sidekick hero in his own right that actually gets to do something other than crack a joke. Kate Mara does what she can with an unconvincing accent as the typical woman-in-peril love interest. Any time you can get Danny Glover in a movie is worth paying attention and Elias Koteas makes every film better and he’s a lot of fun as a sadistic contract killer. His weapon disarming scene is a riot!

Yeah - I could spend a lot of time picking this movie apart but it’s not worth the effort. Especially when the film itself doesn’t command that kind of response. Shooter knows what it is. It’s a typical paranoid action thriller that’s smart enough to hold itself together long enough to give you a reason to care for the characters and enjoy the copious amounts of stabbings, explosions, and gunfire. Turn it on and go have fun.

Vital Disc Stats: The 4K Ultra HD Blu-ray
Shooter suits up for 4K Ultra HD Blu-ray from Paramount Home Video in a single-disc 4K UHD + Digital Copy set. The film is pressed on a BD-66 disc. Currently, this film is only available with SteelBook packaging that is identical to the Blu-ray release from 2017. The disc loads to a static image main menu with simple traditional navigation options along the bottom of the screen. 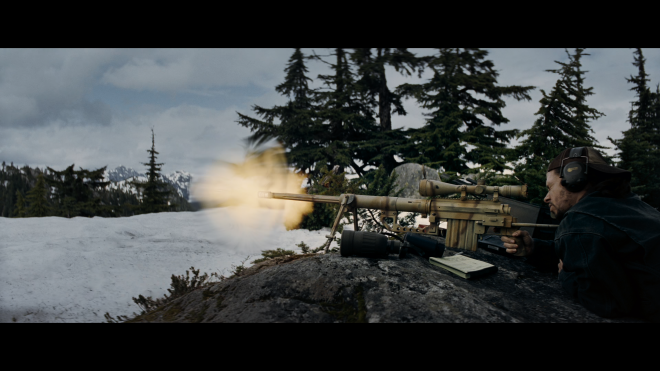 Shot on 35mm and finished at a 2K digital intermediate, there’s nothing I’ve read that indicates this film was given a new 4K master for this Dolby Vision (and HDR10) release. Regardless, the improvement in overall picture quality is noticeable. Fine facial features and intricate details in clothing, uniforms, and the production design are cleaner, clearer, and more lifelike than the old Bliu-ray - which I didn’t even remember buying but was surprised to find on my shelf! The ghillie suits Wahlberg and his partner wear in the opening have cleaner lines, and textures. That follows through the rest of the show. Film grain is intact, not noisy or too noticeable but it hasn’t been completely scrubbed away either.

Dolby Vision HDR does wonders for the black levels and whites in this film. Blacks are genuinely close to that true inky tone we want to see while whites are bold and crisp without blooming issues. This is most notable when Whalberg’s Swagger is testing out his rifle leading into the second act and the film’s climax. Colors are rich but not overly saturated or blasted. This film was already stylish, to begin with, favoring that Tony Scott-style deep teal color timing and that hasn’t been changed - it’s just better looking with some refinements. 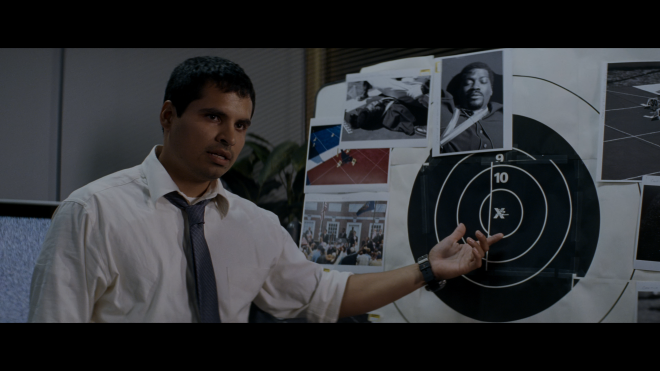 The lone issue I have for this one - and it’s a common complaint I have - is CGI just looks so soft and weak compared to the rest of the film. A shot of a predator drone in particular is an unconvincing standout. Not that it was ever a great-looking effect, but at higher resolution and with HDR, iffy effects shots stand out. But that's me nitpicking small grievances. Overall this is a notable upgrade over that now 15-year-old disc! 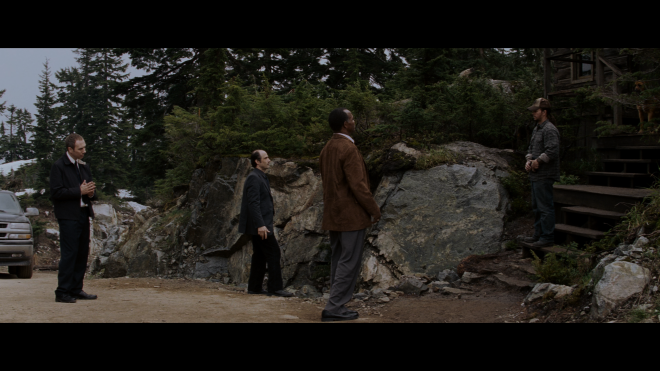 Not to just ride on video transfer upgrades, this film now comes home with a full lossless DTS-HD MA 5.1 track that is an easy improvement over the old Dolby Digital track. The biggest and most immediate improvement I could hear was the extra power in the mix. This track just sounds much more present and impactful. When Swagger fires his rifle you practically feel the sound of the shot. Imaging also feels more active and present, with small atmospheric effects in the side channels coming through with more active clarity. I mean, we didn’t need to really hear all of that side activity of the government airplane hanger when Swagger and Johnson meet early on, but that extra sense of space and atmosphere is appreciable over the old lossy track. Sure, an Atmos mix would have been very welcome considering there are two helicopter attack sequences with a lot of explosions. But, what we get is very good and if your rig can roll DTS Neural:X, flip it on - it sounds great. 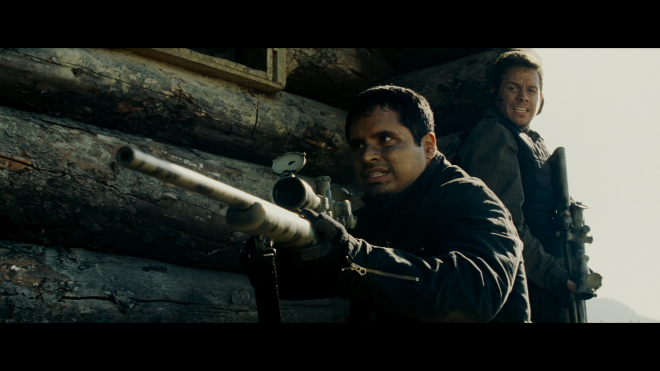 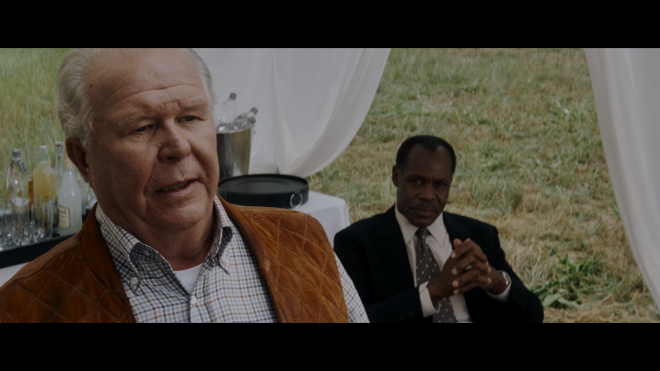 For this release of Shooter, Paramount thankfully managed to fit the bulk of everything from the old disc onto this one disc. The lone notable missing piece is the Antoine Fuqua audio commentary. Why these commentaries don’t seem to port over is a mystery but the best explanation I’ve heard is that something in it didn’t pass legal or whoever participated doesn’t like what they said. In this case, I don’t have a dog in that fight, the old Blu-ray commentary was pretty informative but also repeated a lot of the info of the other bonus features so that could have had something to do with it. Regardless, you’re getting pretty much everything else. 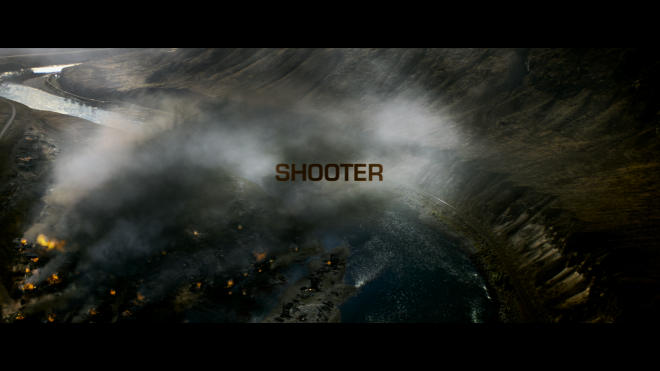 Shooter may not be the greatest movie ever made and as far as paranoid action thrillers go it’d probably have worked better if made closer to the Vietnam era (like the novel) instead of post-9/11, but it’s still a slick flick. Wahlberg has gotten more comfortable with this kind of role in the years since, so his clunky performance is forgivable. Michael Peña is a nice addition to the team as a sidekick who gets to actually do some good. Fuqua keeps the movie energetic and moving with some great action sequences. Fifteen years after its Blu-ray (and HD-DVD!) release, Shooter signs up for a tour of duty on 4K Ultra HD Blu-ray. The new Dolby Vision transfer is solid, giving fans reason enough for an upgrade, but the other great pickup here is a new DTS-HD MA 5.1 audio mix. Recommended