Despite its admirable faithfulness to the original source, Kenneth Branagh's Mary Shelley's Frankenstein just doesn't work all that well as a film, littered with an excessive melodrama that lacks the same impact as Shelley's 1818 novel. Nevertheless, Arrow Video resurrects the film on 4K Ultra HD with a beautiful Dolby Vision HDR video and a strong pair of lossless audio tracks. For this UHD edition, Arrow has also pieced together a nice collection of bonus material to further tempt fans, ultimately making this package Worth a Look.

Mary Shelley's 1818 novel Frankenstein, a name undeniably synonymous with horror, beautifully negotiates various themes about humanity's terrifying obsession with discovering the unknown and a desire to claim dominion over what is naturally ungovernable. Moreover, Victor Frankenstein's creation serves as a monstrous personification of humanity's uglier side, the resulting offspring of Man's Godlike arrogance but lack of responsibility and forewarning of soulless technological advances done for satisfying the creator's ego. The plot can also be read as a fantastical fable about an abandoned and forsaken son, not only by his father but also by society at large, making Shelly's monster a tragic hero to the extreme. The creature is an unnamed, intelligent outcast who never asked to be given life but suffers from the knowledge of his miserable, meaningless existence but not the understanding of its significance and purpose.

Although Shelley's novel has left an indelible impact on modern civilization and the monster has become one of the most easily recognizable icons in entertainment history, the literary masterpiece has never been faithfully adapted to film. That is until Kenneth Branagh attempted to correct that oversight with his Mary Shelley's Frankenstein. And if for nothing else, it's an admirable and ambitious endeavor clearly made from a genuine adoration for the original source material. Despite some major adjustments and modifications to the story, Branagh's ornately moody version is adorned with impressive scenery and striking production value, which brings Shelley's classic tale to life. To his credit, many of the ideas expressed in the book are retained without being an overt or overbearing theme. Unfortunately, Branagh, who also stars as Victor Frankenstein, went overboard with his staging, adding an excessive exuberance and spectacle which doesn't quite work for a big-screen adaptation.

Thankfully, Robert De Niro's shockingly good performance as the monster is what ultimately grounds the production, supplying the much-need gravitas for overlooking Branagh's rather mawkish and artificial histrionics. De Niro furnishes the character with the humanity that had for so long been denied him on screen. His portrayal as a wretched, hated individual struggling with his loneliness is sincere and upsetting, showing viewers the soul the Creature so eagerly asks of his father. Although Branagh does hint at the early science fiction elements of the novel, he places a good deal of attention on a monster conflicted with his own existence, and the film is all the better for it. Unfortunately, the best is also mixed with a good amount of either monotonous melodrama sadly involving Helena Bonham Carter's Elizabeth, ineffective sequences with Aidan Quinn's Walton, or futile conversations with Tom Hulce's Henry.

Admittedly, Mary Shelley's Frankenstein is weirdly enjoyable and entertaining, more for its ambitious attempt to adapt a literary masterpiece and De Niro's memorable performance than for anything else. In the end, especially for devoted fans of the original novel and the Creature as a genre icon, the film is needlessly extravagant and theatrical — crude and ungainly for a Kenneth Branagh production that borders on cartoonish spectacle with loftier aspirations. 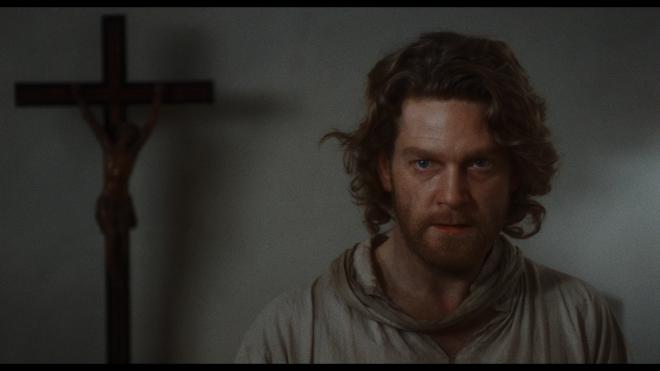 Vital Disc Stats: The Ultra HD Blu-ray
Courtesy of Arrow Video, Kenneth Branagh's Mary Shelley's Frankenstein is brought back to life as a single-disc 4K Ultra HD edition. Housed in their standard black keepcase with reversible cover art, a Region-free, UHD100 disc sits comfortably opposite a 36-page booklet, featuring a pair of insightful essays analyzing the plot's themes, color photos, production notes and a brief explanation about the restoration. There are no trailers or promos before being greeted by a familiar menu screen with full-motion clips, music playing in the background and the usual options along the bottom.

Branagh's adaptation of a literary classic terrifies 4K Ultra HD with a strong and generally satisfying HEVC H.265 encode, one that may not impress the average viewer but nonetheless delivers a noteworthy upgrade from its disappointing, thirteen-year-old Blu-ray predecessor. According to the liner notes, the encode was struck from a brand-new restoration and remaster of the original 35mm camera negatives, and the results are outstanding.

Given the production's history, the highly-stylized photography and the particular film stock used, this native 4K transfer is faithful to the creative intentions and artistic choices of the filmmakers, awash in a consistent, prominent layer of a natural grain that is better refined. Outside of a few soft, slightly blurry moments, which appear to be due to the condition of the elements, the image comes with cleaner, sharper details of the individual hairs and in the stitching of costumes, and we can better make out the finer architectural aspects of the Frankenstein manor and Victor's laboratory.

Deliberately shot with a subdued and more restrained contrast, the Dolby Vision HDR presentation nonetheless supplies the visuals with brighter whites and richer, silkier blacks. Meanwhile, crisp, vivid specular highlights keep the hottest spots tight and narrow, like the scene with the lightning rod and the electric eels, and the darkest, gloomiest shadows maintain excellent visibility within the murkiest corners. Most notable is the improved color palette, boasting vibrant, full-bodied primaries while bathed in a dynamic assortment of earth tones, glowingly warm yellows and fiery ambers. Facial complexions, too, appear healthier and more accurate with revealing lifelike textures.

It may not be much of a looker compared to other 4K releases of the same period, but this faithful transfer is nonetheless a marked, film-like improvement over its HD SDR counterpart. (Dolby Vision HDR Video Rating: 76/100)

For this UHD edition, Arrow Films provides a pair of good but somewhat disappointing lossless soundtracks, both of which have also been remastered from the original 35mm stereo magnetic tracks. Owners have the option of an uncompressed PCM 2.0 stereo track or an upmixed 5.1 DTS-HD Master Audio option.

Personally, the former is the stronger of the two since it is more accurate to the original presentation with better fidelity and distinction in the mid-range, and the imaging feels more naturally broad with excellent channel balance, displaying a welcoming, cinematic-style soundstage. In both cases, dialogue reproduction is precise and well-prioritized with a decently strong and hearty low-end that provides some appreciable weight and presence to a few of the visuals.

The latter, on the other hand, comes in at a very low volume, which required listening at about -5 above reference, and the mid-range is more uniform and restrained, noticeably falling flat in the higher frequencies. Granted, the soundstage feels a tad wider with a bit more movement across the three front channels, some of which occasionally bleed into the surrounds with Patrick Doyle's score doing most of the work. The only moments of decent envelopment are the search for little William during a thunderstorm and the histrionic reanimation scene.

All in all, the original stereo mix is the better of the two, but in the end, Mary Shelley's Frankenstein sound design remains unmemorable and largely unremarkable. (Audio Rating: 62/100)

For this UHD edition, Arrow Video corrects the barebones 2009 Blu-ray with a welcomed assortment of supplements that are exclusive to this 2022 release and shared with its BD counterpart.

Despite finally seeing a Frankenstein feature that's as faithful to the novel as possible, Mary Shelley's Frankenstein just doesn't work all that well as a film. With Kenneth Branagh behind the camera, as well as in front of it, the adaptation comes off as an excessive melodrama lacking the same impact as the novel. Nevertheless, the film is resurrected on 4K Ultra HD courtesy of Arrow Video with a beautiful Dolby Vision HDR presentation that boasts a marked improvement from the previous Blu-ray release. A pair of lossless audio soundtracks, unfortunately, don't share the same upgrade enthusiasm, offering only a small step-up that's nonetheless pretty drab and unmemorable. For this UHD edition, Arrow has pieced together a nice collection of supplements to tempt fans, ultimately making this package worth a look.