After a decade-long box office and critical winning streak, Marvel's first real true MCU slipup arrives with Eternals. From Oscar-winning director and co-writer Chloé Zhao, this often visually stunning work frustrates with a clunky plot, hamstrung characters, and a chunky runtime. What should have been a grand entrance for the numerous heroes and the MCU at large is more of an “also happened” adventure. Eternals lands on 4K Ultra HD Blu-ray with an HDR grade that's a bit too dark and a decent but still hampered Atmos audio mix. Packed with some alright bonus features, this latest MCU addition isn’t a great movie and it doesn’t get much better on the high-end disc format. For Fans Only

The ancient celestial Arishem has sent the Eternals - powerful beings imbued with otherworldly powers - to Earth to defend it from an evil race of creatures called Deviants. Under the leadership of the all-powerful Eternal, Ajak (Salma Hayek), their mission is to save the planet and allow human life to prosper. After 500 years without any sightings, Deviants have returned and are even more powerful than ever before. When it’s discovered Ajak has been killed, it’s up to the remaining Eternals Sersi (Gemma Chan), Ikaris (Richard Madden), Phastos (Brian Tyree Henry), Kingo (Kumail Nanjiani), Thena (Angelina Jolie), Makkari (Lauren Ridloff), Druig (Barry Keoghan, Sprite (Lia McHugh, and Gilgamesh (Ma Dong-seok) to stop the monsters and prevent an even greater threat to all of humanity. 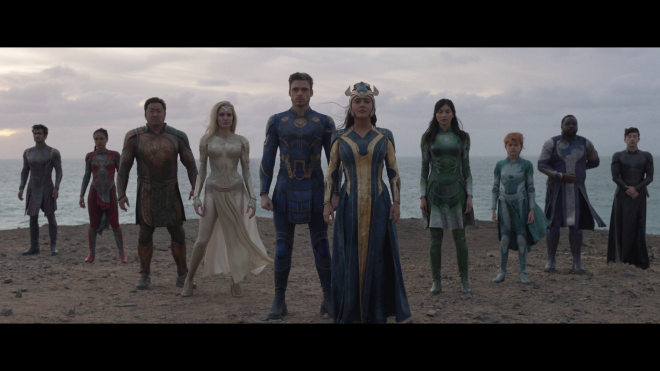 Where to start with Eternals? Well, I guess it’s with the opening scroll “In the beginning…” Anytime a movie has to open with that phrase, you know you’re in for a pretty bumpy ride. It’s fine to use a scroll to set the stage as a jumping-off point but if you need to use it begin a story that starts over 5,000 years ago - woof. I tend to be pretty forgiving for a lot of films, especially pop culture flicks like Marvel or DCEU comic adventures, but even with lower than normal expectations, this movie was a slog.

Equal parts too much and not enough, the film is most frustrating because you can feel that Chloé Zhao has a grand story to tell with her first big-budget franchise film, but it just didn’t come together. Visually it’s amazing to look at and the final thirty-forty minutes show some sign of life and excitement, but it’s too little too late. There’s entirely too much history, too many characters, and far too many major events for a two-hour and thirty-seven-minute movie. When entire characters are forgotten for over half the film or outright die and you don’t have any kind of emotional resonance enough to care - you have a big problem with your movie.

And that there may just be the issue at hand. This is a movie. Not only is Eternals introducing so many new characters (and a few more in the post-credits sequences), but it’s also rewriting the history of the galaxy and humanity on top of setting up events that will play out through other MCU franchise shows, films, and possibly more Eternals solo adventures. This film should have been a limited series event on Disney+, not a film that has to struggle to cram in so much material inside a set runtime. This story needed room to introduce these characters, key events, intergalactic stakes, and how they all connected to everything else we’ve seen. 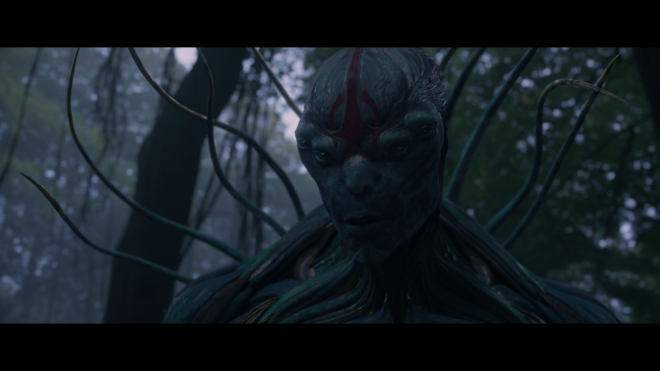 With a show we could have seen these characters grow from their arrival on Earth, shepherding humanity, to the present-day crisis they have to address. We needed time to get to know them. That way we could love them when they died or properly hate them with their sudden but inevitable betrayal. And we needed to see how they observed the events of the past 20-odd-some MCU films and why they chose not to get involved. Instead, we get passing mentions of Thanos and the blip without any other connection to the universe at large that’s already been established beyond the city Knowhere from Guardians of the Galaxy - that happens to be the severed head of Celestial.

The cast is great and l loved how Chloé Zhao staged her action sequences. She also did a masterful job with some of the more intimate character-to-character scenes. This is not your average Marvel movie in terms of style and approach, and that's very refreshing after 20-odd-some feature films and series. There are a lot of fresh ingredients working in this stew, but how they came together in such a sprawling story just fails to congeal. In the canon of the MCU proper, I have to stake this as the new low point replacing Thor: The Dark World for my least favorite. At least Endgame gave that movie a reason to exist and redeemed its better qualities. I’ve been through Eternals the better side of five times now and it just doesn’t get better nor do I find enough little redeeming factors to make it worth revisiting multiple times - and I really wanted to. Maybe another film can salvage the meaning for Eternals to exist, but right now it feels like another film that you simply have to “get through” so you can enjoy other MCU films and shows. And if that’s all the movie is then you can just read the wiki plot outline and get the gist and save yourself a lot of time.

Vital Disc Stats: The 4K Ultra HD Blu-ray
Eternals arrives on Earth with a two-disc 4K Ultra HD Blu-ray + Blu-ray + Digital release from Disney. Pressed on a BD-66 disc, the discs are housed in a standard sturdy two-disc case with an identical slipcover. The disc loads to Disney’s typical language menu followed by the option to go to the main menu or skip right into the film. All of the bonus features are found on the included 1080p Blu-ray disc. 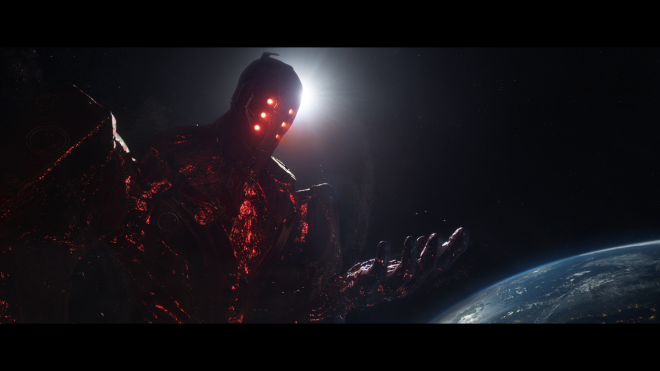 Well, for such a colorful film, Eternals makes for a rather mediocre 4K Ultra HD Blu-ray HDR10 transfer. While a natively sourced 4K transfer, the HDR10 grading is frustratingly dark in places. Not always, but enough so to furrow the brow and squint the eyes more than I'd like. There are some welcome color enhancements over the 1080p Blu-ray and a few scenes pick up some extra life, but the opening scene with the arrival of the Domo to earth - it’s pretty darn dark. You don’t get the luminance of the ruby-red Arishem statue as seen in theaters or on the Dolby Vision Disney+ presentation or the clear coloring and small details of the individual uniforms of the Eternals themselves. Likewise, the whole opening battle with the first Deviants looks like it was shot during a hazy dusky evening on a smog-bound L.A. beach - when it doesn’t look that way at all on the 1080p Blu-ray. While I may be harshing on this title a little, I do need to stress it’s nowhere near as bad as something like Pirates of The Caribbean: The Curse of the Black Pearl. There are just several sequences - even outdoor broad daylight scenes - that are just too dark. 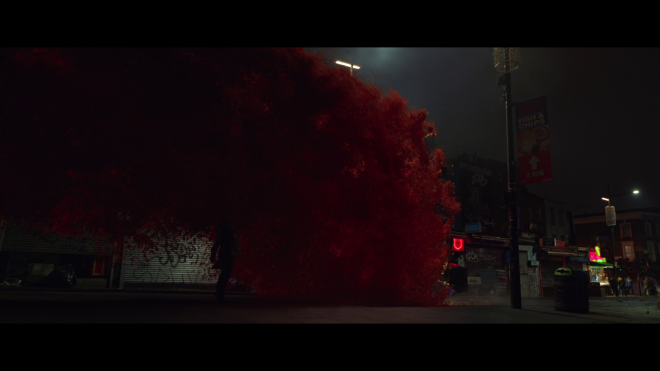 The good news is there are other scenes throughout that look terrific and outpace the 1080p disc nicely. When we reconnect with Gilgamesh and Thena in Australia, the sun-baked oranges, yellows, browns, and reds are gorgeous. The colors really come to life naturally and the shadow nuance gives the image some depth and beauty. The final climactic act with the volcanic eruptions (and other aspects I’m purposely not discussing to avoid spoilers) looks amazing! And there are several moments throughout where there is a clear and notable improvement in details to easily outshine the included 1080p disc. But then you get to Druig’s little Amazon hippy convent and it’s pretty damn dark again. Not crushingly dark, it was always a dimly lit location even in theaters but it feels a couple of stops too far down for comfort. This is where I really wish Disney would embrace Dolby Vision HDR on disc instead of the set it and forget it base HDR hit. Watching through most of the film again on Disney+ it didn’t feel like it had those darkness struggles early in the film or other sequences. 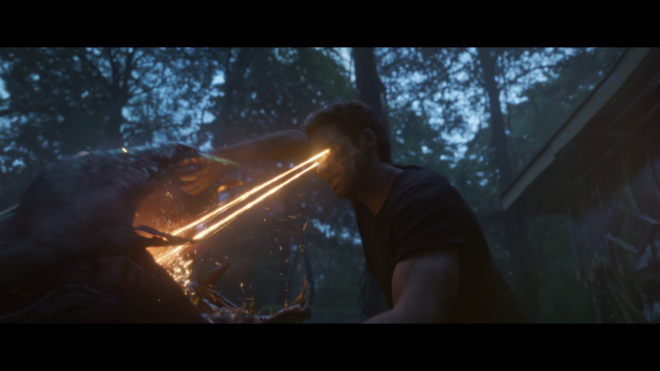 The Eternals hits 4K Ultra HD Blu-ray with a serviceable Atmos audio mix. Like so many other Disney Atmouse tracks, it suffers from a lack of impact. However, this one does offer better lower registers - there is actually some bass rumble! Not a lot, but you know, better than what Shang-Chi suffered. The opening fight sequence with the Deviants sets the stage for the rest of the film. There’s some nice channel sequencing, Makkari running around the scene gives some great movement throughout the channels and with Ikaris’ exploits, there’s some fine overhead placement. But when Gilgamesh throws a powerful punch or Kingo pulls a Dragon Ball powerup and releases - there’s just not a lot of “oomph.”

Turning up the volume helps compensate for some of these impact issues, but there’s only so much you can gain cranking things up several points past your normal listening level. Dialog is clean throughout so there’s no issue there and scoring holds over nicely with a clean experience without overpowering the mix or underperforming. On the track of things, this isn’t the worst Dolby Atmos example from Disney, but it’s also another less than stellar performance for a high-end audio format. 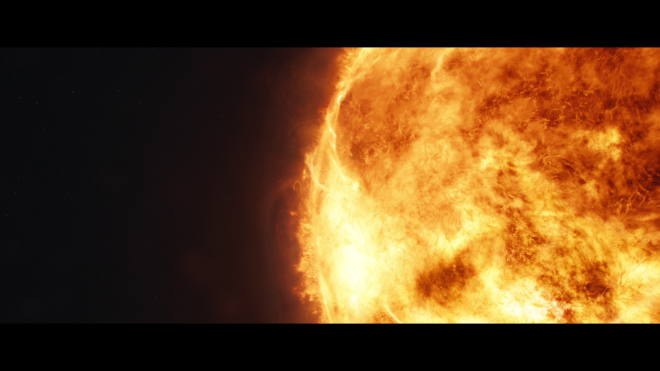 While not a huge selection of extras, there’s some stuff worth digging through. The audio commentary is an okay listen but Chloé Zhao and the visual effects team are mostly focused on how they achieved visuals than dissecting the film - which makes sense to a degree. Something a little more personal from Zhao would have been cool to hear. The rest of the materials are pretty standard EPK stuff, but worth picking through. 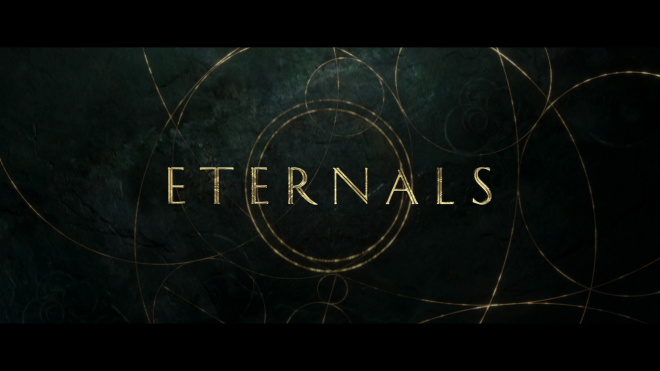 It’s not that The Eternals is necessarily a bad movie, it’s just an underwhelming one. Coming after Shang-Chi followed by Spider-Man: No Way Home with the entertaining Christmas-themed Hawkeye series- Eternals is almost instantly forgettable. I just hope it's not an inconsequential entry. It’s going to be later films and other character adventures that’ll make this film even remotely relevant to the greater MCU story. And for such a strong filmmaking talent like Chloé Zhao, that’s a disappointment. Dollars to donuts, this should have been a series and not a standalone film. Disney/Marvel delivers Eternals to 4K Ultra HD Blu-ray with overall serviceable results. A shade too dark HDR10 grade hampers the film’s otherwise impressive visuals and while the Atmos mix isn’t as bad as some other House of Mouse tracks, it’s still on the limp side lacking notable impact where it counts most. Bonus features while somewhat informative aren’t really anything to highlight either. At the end of the day, this really is For Fans Only