Some of the greatest musical artists of the 20th century joined The Band for its farewell performance in 1976, and lucky for us, director Martin Scorsese caught every moment on film. More than 45 years later, The Last Waltz remains not only one of the all-time great concert movies, but also a terrific time capsule, and Criterion honors it with an exceptional 4K UHD release that features a dazzling Dolby Vision HDR transfer, room-shaking audio, and a fine array of extras. The Last Waltz is a concert for the ages and it comes very Highly Recommended.

And that's just what the final live performance of The Band turned out to be. The legendary event took place more than 45 years ago on November 25, 1976, at San Francisco's Winterland Ballroom, but thanks to the vision of both guitarist Robbie Robertson (who had an inkling the concert would be special and wanted to memorialize it on film) and director Martin Scorsese (who shot the performance in a fresh and exciting manner), it can be enjoyed forever. With guest appearances by an array of icons, including Eric Clapton, Neil Diamond, Bob Dylan, Joni Mitchell, Neil Young, Emmylou Harris, Ringo Starr, Van Morrison, Dr. John, Ronnie Wood, and the great Muddy Waters, The Last Waltz stands as not only a tribute to a fine rock group but also a testament to an entire musical era.

Would The Band be remembered at all if it wasn't for this captivating film? And would the film wield as much impact without the participation of so many elite performers? That's all open to debate. What's certain is The Last Waltz changed the way concert movies were made by bringing the cameras up on stage with the musicians and removing the barriers that separate the audience from the show. The result is an intimate experience peppered with visceral moments that help us feel the music as well as hear it. 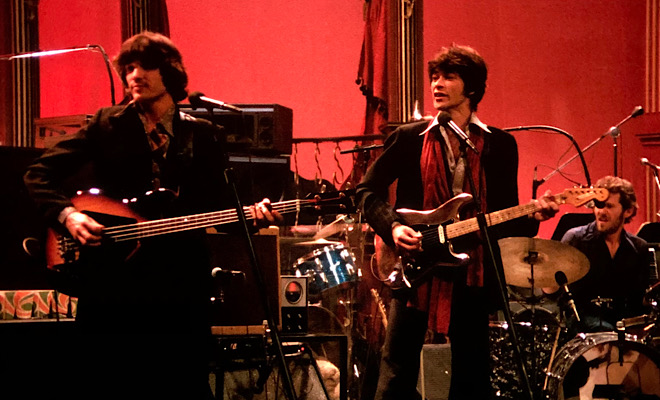 Anyone who's followed my HDD reviews over the years knows I'm a shameless Scorsese fanboy, but despite my deep affection for the director's work and the movie's stellar reputation, I had never seen The Last Waltz prior to this viewing. That's largely because I wasn't at all familiar with The Band or their music, so wasn't much interested in watching them perform a two-hour concert. I also didn't realize such an illustrious lineup of guest artists collaborated on many of the songs. Shame on me for my ignorance, but only a few minutes into the movie, Scorsese turned that ignorance into bliss. His meticulous direction, which intrudes without being intrusive, weaves the music, performers, and excitement of this once-in-a-lifetime gathering into a seamless whole that results in not just a thrilling musical experience, but a dazzling cinematic one as well.

Interspersed interview snippets with The Band's members that address such topics as how The Band got its name, the creative process, the rigors of touring, and women on the road nicely divide the concert into digestible segments, while two numbers that Scorsese shot subsequently on a soundstage vary the tone and provide a striking visual contrast to the main performance. Chief cinematographer Michael Chapman gets the lion's share of kudos for crafting so many memorable images, but a deeper dive into the credits reveals such esteemed cinematographers as Vilmos Zsigmond and László Kovács also worked on the film. 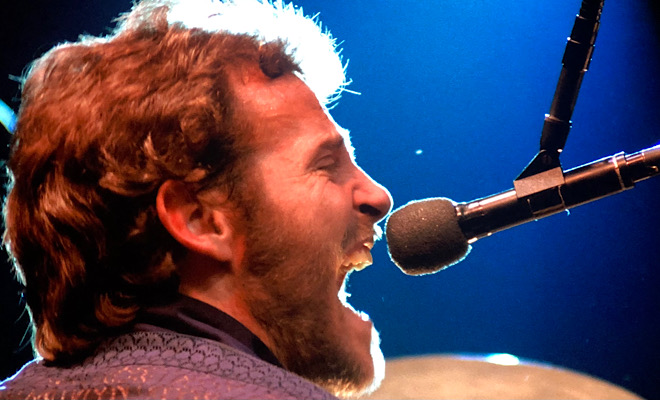 Highlights abound. (With a lineup like this, how could they not?) The Band nails all their numbers, but my favorites are the cuts showcasing the vocals of drummer Levon Helm, the group's most magnetic member (at least on this particular night). He really lets loose on "Up on Cripple Creek" (see clip below), "The Night They Drove Old Dixie Down," and "Ophelia." Neil Young's "Helpless" and Joni Mitchell's "Coyote" show off both artists well; Muddy Waters steals the spotlight with a riveting performance of "Mannish Boy"; and the three-song Bob Dylan set, culminating with "I Shall Be Released," which features Beatles alum Ringo Starr on the drums and the entire cast of guest artists chiming in on vocals, caps off the memorable concert.

Scorsese would revisit the rockumentary genre three decades later, capturing for posterity a Rolling Stones concert in Shine a Light, but as good as that follow-up is, it can't hold a candle (or should I say a pocket lighter?) to The Last Waltz. It may have been shot 45 years ago, but despite the pangs of nostalgia the film continually engenders as we watch all these legends in their prime, The Last Waltz still feels fresh, and the enhanced clarity and color of 4K UHD and Dolby Vision HDR will keep it that way for generations to come.

For another take on The Last Waltz, read my former colleague Peter Bracke's review of the 2006 Blu-ray release by clicking here. 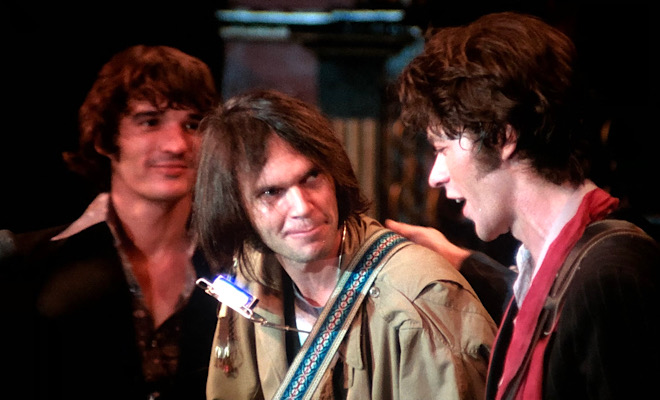 Vital Disc Stats: The 4K Ultra HD Blu-ray
The Last Waltz arrives on 4K UHD packaged in a standard Criterion case. A 12-page fold-out booklet featuring an essay by critic Amanda Petrusich, a couple of black-and-white photos, a cast and crew listing, and transfer notes is tucked inside the front cover. A standard Blu-ray disc is also included. Video codec is 2160p/HEVC H.265 with Dolby Vision HDR and default audio is DTS-HD Master Audio 5.1. A DTS-HD Master Audio 2.0 stereo track and LPCM stereo track are also included. Once the disc is inserted into the player, the full-motion menu with music and interview clips immediately pops up; no previews or promos precede it.

According to the liner notes, "This new 4K digital restoration was created from a scan of the 35 mm original camera negative made in 16-bit 4K resolution...A 35 mm print courtesy of Sikelia Productions was used as a color reference." The resulting 2160p/HEVC H.265 transfer with Dolby Vision HDR maintains the organic feel of the event while presenting a gloriously crisp, often dimensional image that features bold hues, excellent shadow delineation, and palpable depth. Grain is evident, as it should be, but it never compromises clarity. The texture is more evident in the cinéma vérité interview segments than the concert itself, but it adds an essential earthiness to this rockumentary that heightens its impact. 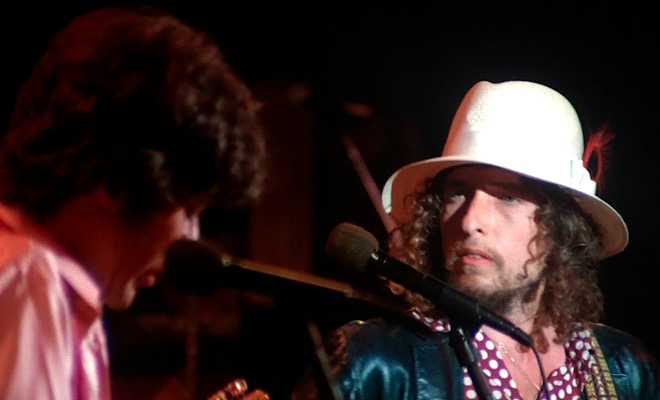 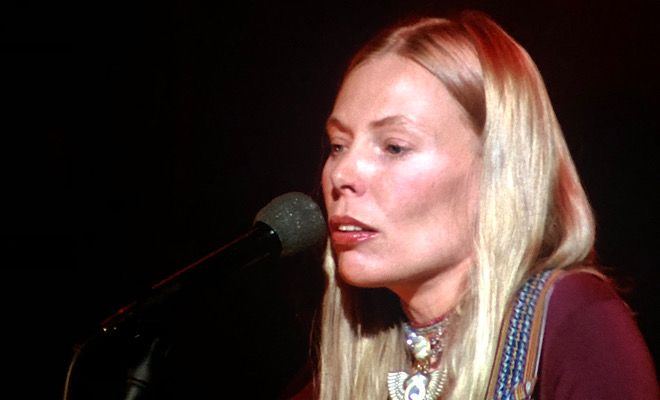 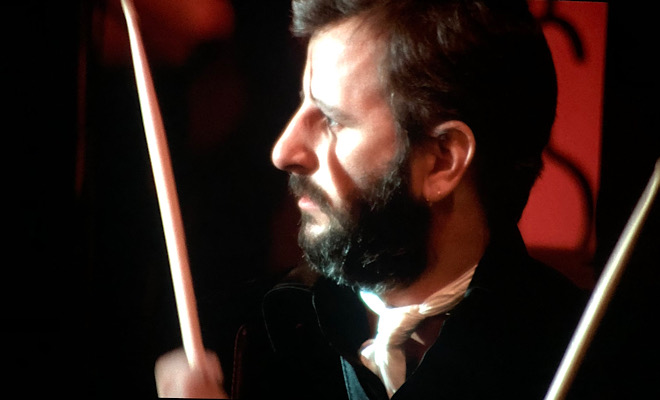 Deep blacks anchor the picture, shafts of white light from a single spot are well defined, and vivid reds, blues, and greens provide colorful accents. The dark, theatrical lighting, much of it tinted red, lends the image a moody quality, but fine details like steam coming from the breath of the performers and tiny dust particles floating through the lights are perfectly rendered. Razor-sharp close-ups showcase glistening sweat, facial stubble, pores, a scar on Rick Danko's temple, and the craftsmanship of various instruments, and not a single nick, mark, or errant scratch mar the pristine source material.

I don't own the 2006 Blu-ray, but I can't imagine The Last Waltz looking any better than it does here. If you're a fan of this seminal concert film, an upgrade is essential.

Three audio options are included on the disc, but the clear winner is the DTS-HD Master Audio 5.1 track, which the liner notes state "was remixed from the original two-inch 24-track magnetic masters in 2001 by Ted Hall at POP Sound in Santa Monica, California, under the supervision of Robbie Robertson. Stereo mixes and stems made by Robertson's mixer Dan Gellert and approved by Robertson were used in the creation of the 5.1 surround mix." Terrifically crisp, utterly clean, and brimming with superior fidelity and tonal depth, this track definitely should be "played loud" like the title card that precedes the movie recommends. The almost constant engagement of the rear speakers creates an immersive soundscape that showcases every instrument and highlights the purity that defines this vibrant track.

Guitar riffs, sax solos, bass accents, Neil Young's harmonica, even a trombone and tuba all make statements, while solid bass frequencies bring out all the bombast and virtuosity of Levon Helm's drum playing. Vocal tones are simultaneously rich and gritty, all the song lyrics are easy to understand, and sonic accents like the billiard balls smacking against each other in the opening shots, the enveloping applause after every song, and the random claps that punctuate quieter moments are wonderfully distinct. A wide dynamic scale embraces everything this track throws at it, distortion is absent, and no defects mar the crystalline nature of this stirring, sparkling audio rendering.

Two other audio options are included. The original 1978 2.0 surround mix is presented in DTS-HD Master Audio, and there's also a PCM stereo mix from 2001. I sampled both tracks and was impressed by the fidelity and dimensionality that distinguishes them, but if you want the most complete, most immersive, and most exciting aural experience, the 5.1 mix is definitely the way to go.

Criterion supplies a healthy supplemental package that contains the pair of extras from the 2006 Blu-ray release. For reviews of the audio commentary featuring Scorsese and Robertson, as well as the "Revisiting The Last Waltz" 2002 featurette, click here. For special features exclusive to this Criterion release, read on below. All the supplements, with the exception of the audio commentaries, are housed on the 1080p Blu-ray disc.

One of the greatest concert movies ever made at last comes to 4K UHD courtesy of Criterion, and the brand-new 4K restoration yields a terrific transfer that's enhanced by Dolby Vision HDR. Martin Scorsese's expert direction helped The Last Waltz change the face of concert films, while the incredible array of talent assembled on one stage adds luster and excitement to the farewell performance of The Band. An immersive DTS-HD MA track makes the music sound better than ever and a fine spate of supplements adds perspective and context to this classic rockumentary. Highly Recommended.