Like a good ghost, no franchise stays dead for long. After a decent but lackluster reboot attempt, Columbia Pictures, Ghost Corps, and some generational nepotism bring the world Ghostbusters: Afterlife - as a continuation of the original 1984 and 1989 films. A bit steeped in nostalgia, this is genuinely a very enjoyable, highly entertaining, and fitting reintroduction to ghostbusting. Sony delivers an excellent 4K Ultra HD Blu-ray experience with an impressive Dolby Vision HDR transfer with an intense Atmos mix. Highly Recommended

“I wonder if this still works?”
“Should we open it?”

After getting evicted from their home, Callie (Carrie Coon) packs up her two kids Trevor (Finn Wolfhard) and young science-focused Phoebe (Mckenna Grace) to take over the home of her recently deceased estranged father in Summerville, Oklahoma. As the science-minded Phoebe soon learns, Summerville isn’t exactly what it seems. With the help of her new friend Podcast (Logan Kim) and her summer school teacher Mr. Grooberson (Paul Rudd), Phoebe quickly learns being a Spengler comes with a lot of baggage - and new ghost-busting responsibilities.

Call me a sentimentalist, but I had a blast with this movie. Two visits to the theater and now twice at home, Ghostbusters: Afterlife was just a lot of fun. There were callbacks to the original films while setting the stage for a new generation of busters to throw on the proton packs. Some of the elements may have been a bit too familiar for its own good, but all around it was a more-than-worthy outing. It feels like the movie a parent who grew up with the original movies in the 80s shows their kids to introduce them to the world of Ghostbusters. I wouldn’t call this a perfect movie, but not one worth nitpicking when so much about it works so well. 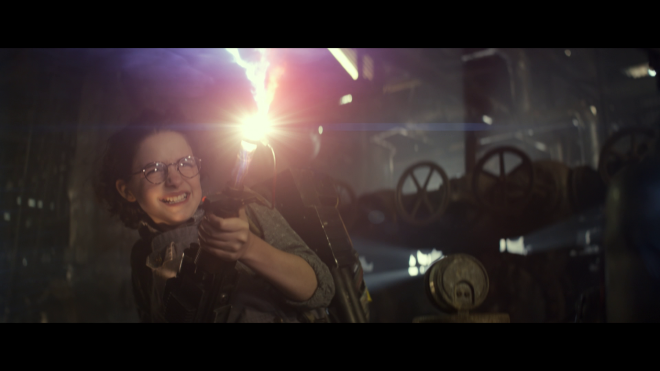 This is a film that actually connects to the franchise and passes the torch instead of trying to redo everything without the same spirit or heart - or decent script - of the original. And I say that as someone who thought Answer The Call wasn’t as terrible as folks piled on, but it still wasn’t a great movie. Afterlife pays tribute to what came before without relegating the original cast to genuinely terrible cameo appearances. And thanks to some fancy makeup, CGI, and Bob Gunton, the series fittingly says adios to one of the architects of the franchise. While nostalgic elements are a little thick in some places, they’re not the worst examples of “fan service.” We’re not diving into magic tribble blood levels of terrible in this film. Instead, we get a nice assortment of nods to the original films with a couple winks at the classic animated series for good measure.

For another take on Ghostbusters: Afterlife - read our Theatrical Review 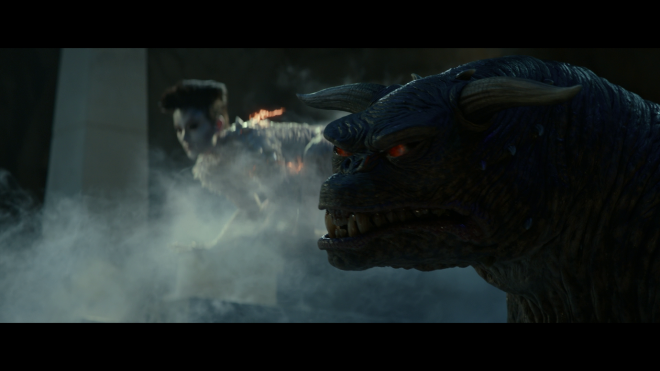 Vital Disc Stats: The 4K Ultra HD Blu-ray
If you ain’t afraid of no ghost, Sony brings Ghostbusters: Afterlife to 4K with a two-disc 4K Ultra HD Blu-ray + Blu-ray + Digital release. Pressed on a region free BD-66 disc, the discs are housed in a sturdy black 2-Disc case with slipcover. The disc loads to a lot of trailers for upcoming Sony releases before arriving at a static image main menu with traditional navigation options. All of the bonus features are found on the included 1080p Blu-ray disc. All images are sourced from the 1080p Blu-ray. when we can we hope to either swap out the images or at least include a new 4K clip. 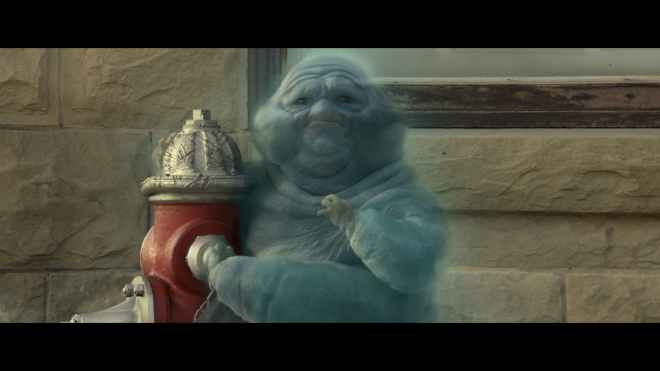 Shot digitally - Ghostbusters: Afterlife crosses the streams with a terrific 2160p Dolby Vision HDR (and HDR10) transfer. Now, I’ve found a lot of conflicting info about the final digital intermediate either being a true native 4K DI or a 2K DI. Either native or upscale, regardless, this is a great-looking image. A shade or two darker than what I saw in theaters, albeit in a good way, but everything else with the image is terrific.

There is an intentional diffused look to the film in some places, so sharp details don’t always pop, but close-ups, middle shots, and some establishing shots look fantastic. When it counts most, facial features, Ghostbuster uniforms, and some fun practical monster effects really come to life with the full range of details. Since it was shot digitally, there’s no film grain nor does it look like a filter was added.

The Dolby Vision HDR grading is spot on. Primaries get plenty of pop while maintaining the warm golden shades of the film’s locations. Reds, blues, and yellow/browns are all lively. Skin tones are healthy. Spectral highlights really pop with dynamic lighting sequences, the neon lighting at the hamburger joint and especially with the proton packs! Black levels are a little subdued in a couple of places, the creepy dirt farm interiors maintain a deep dark brown shade without quite going full inky black. But when Phoebe discovers the hidden workroom it’s the appropriate true black shade we’d expect.  With that, three-dimensional depth is well maintained throughout the show. Whites are bold and crisp without any blooming issues to speak of. Free of any video noise issues or serious trouble spots, this is another terrific near demo-worthy presentation for 2021. 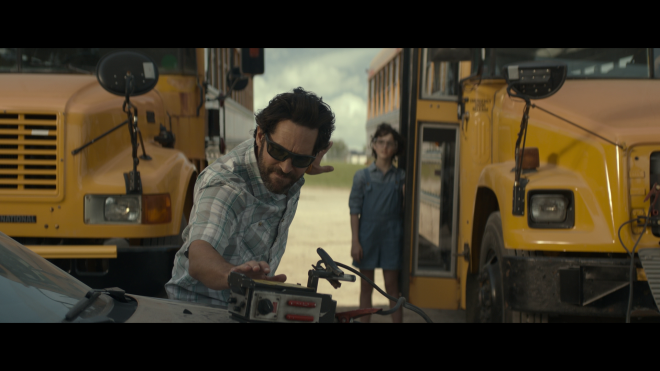 In the words of the first film - That’s a big Twinkie! This Atmos track is awesome. From the very start of the film, this track is fully engaged giving exciting 360 immersion with every channel firing and the subs thundering out the LFE. It’s an exciting sequence to open a movie on and this is a damned amazing way to demo out your Atmos setup! It’s just so loud! I mean, you want it loud, naturally, but this really shakes the walls in the best ways possible.

Once the main movie gets going, the track finds its pace nicely, letting the surrounds give a constant sense of imaging and space in the soundscape. Little sound effects like kids shuffling in their chairs in a classroom, gusts of wind through the grasses and leaves, or creepy demons trying to claw out of a pit, all are lively and engaging. I love how well the mix manages quiet scenes with loud shocks to the system - that part where Grooberson opens the ghost trap is a great example with the ghost surging into the overheads and then whipping past and blowing out the bus windows and out into the open fields - the effects travel through all of the channels beautifully.

My only real quibble is the overheads seem to be really only utilized for specific overhead action-oriented sound effects. A creaking floorboard overhead, a metal-biting ghost destroying a town, a portal from hell - that sort of fun stuff. Incidental or scenery effects don't really kick the overheads very often. But that really is the lone issue and it's not even really a problem to speak of. Dialog is spot on without clarity troubles. The score by Rob Simonsen brings in enough callbacks to Elmer Bernstein’s original work while setting its own new themes and filling out the soundscape. Again aside from more incidental uses of the overhead channels, this is a wildly engaging Atmos track. You don’t need to crank it up but it’s a lot of fun if you do! 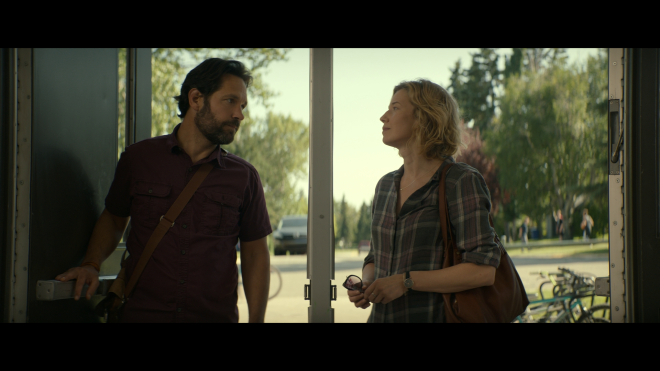 Bonus features for this outing aren’t all that impressive. And probably for good reason. With the Ghostbusters Ultimate Collection coming up, it looks like Sony decided to reward folks ready and willing to get the big set with a few more bonus features relevant to this particular film. For what you get here, it’s a fine assortment of EPK materials with a couple of nice highlights for visual effects work and a few other interesting pieces, but there’s not a ton of extensive stuff here. 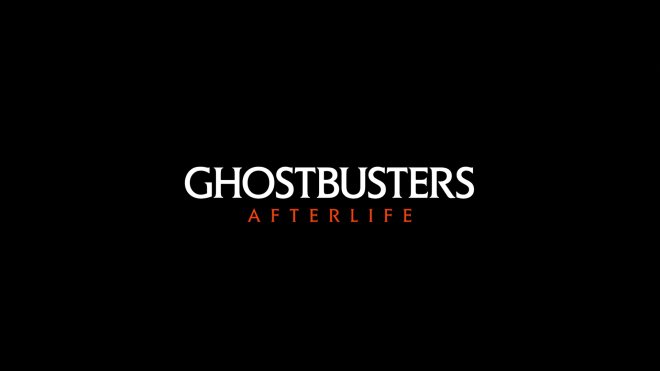 We may not have needed another Ghostbusters movie - but it’s nice that we got one that has its heart and soul in the right place. Ghostbusters: Afterlife is a family affair calling back to the original films on screen and behind the camera. Plus, it was just great fun beginning to end. I had a blast with it in theaters and loved revisiting it at home. It was a nice tribute, continuation, and passing of the torch for the franchise. I actually hope we get to see more in this newly reestablished universe.

Sony delivers fans of Ghostbusters: Afterlife an amazing 4K Ultra HD Blu-ray experience. Bringing in an excellent Dolby Vision transfer, this disc is complete with an intense and impactful Atmos track to match. Bonus features may be a bit slim, but there’s some interesting stuff in there worth picking through. If you’re not going to grab the Ultimate Collection set, this is a terrific standalone release for the collection. Highly Recommended.